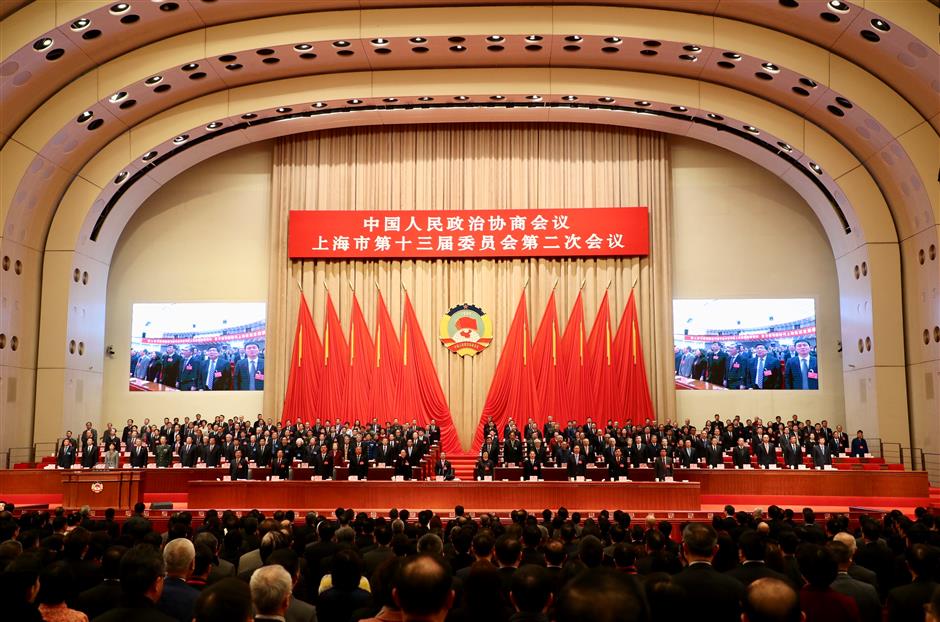 The Second Plenary Session of the 13th CPPCC Shanghai Committee concluded on Wednesday.

The Second Plenary Session of the 13th CPPCC Shanghai Committee concluded on Wednesday with more than 800 proposals filed by local political advisers.

By midnight Sunday, the session received 841 proposals from members of the political advisory body, 805 of which were accepted after review. Another twenty-six were rejected, while the remaining 10 proposals will be reviewed again after modification.

Reports show that about 87 percent of the proposals were submitted by one or several CPPCC members, and the other 12 percent were filed by non-Communist parties, grassroots organizations and others.

Some 42 percent pertained to social construction, followed by those of economic construction at 35 percent. The others were related to the development of politics, culture and ecological civilization.

The accepted proposals will be categorized and delivered to relevant departments for solution.

Twenty-two new standing committee members of the CPPCC Shanghai Committee were elected during the session.