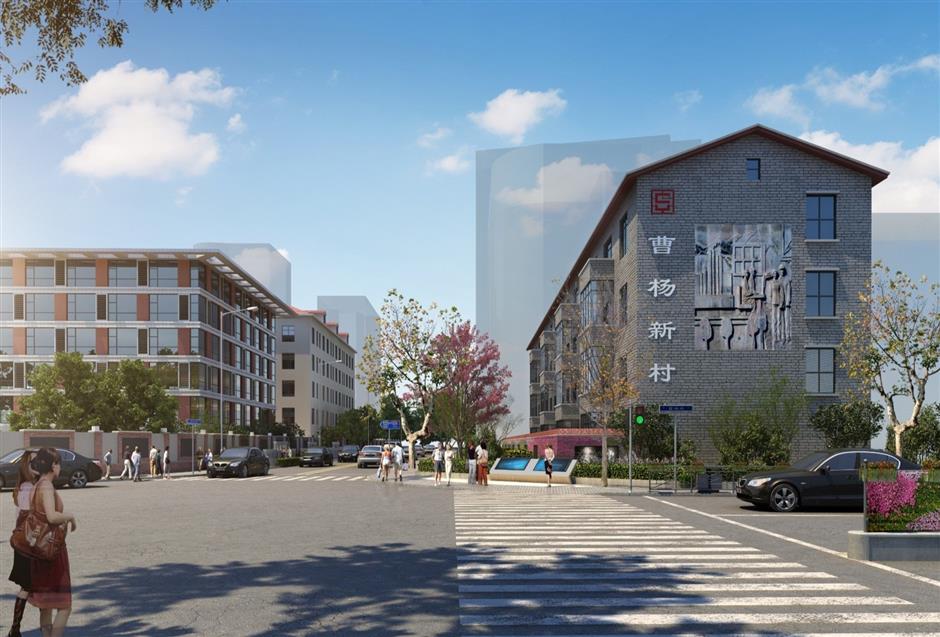 A fresco about the Caoyang Community's history has been designed to draw visitors to the historical neighborhood. 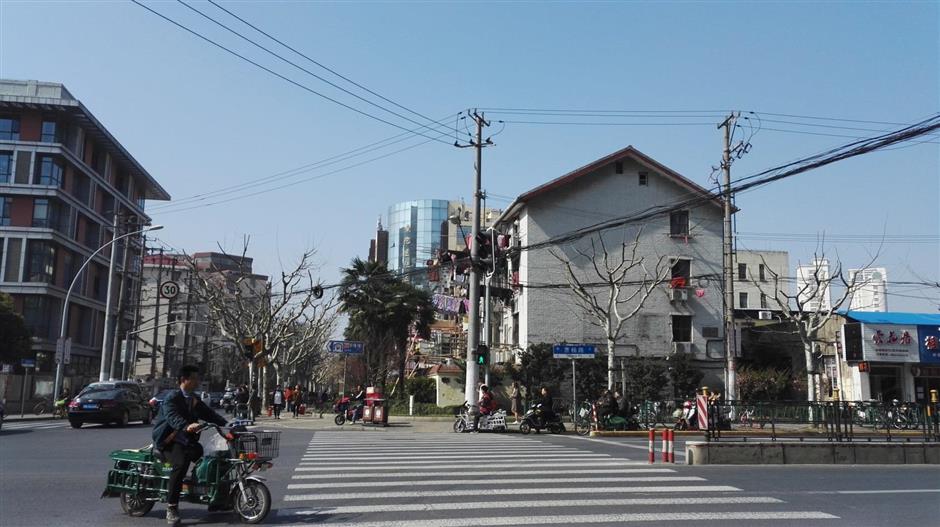 Current conditions at the Caoyang Community

The neighborhood revitalization plan for the Caoyang Community in Putuo District aims to preserve and enhance the cultural heritage of the area which was home to China's early model workers, while renewing the old facilities.

Inspired by the "Freedom Trail" cultural tour in the US city of Boston, Massachusetts, planners with the Shanghai Urban Construction Design and Research Institute designed a walking route for residents and tourists to review the former glory of the city's listed historical neighborhood.

The project has won the Jane Jacobs Award for Community and Regional Planning as well as the Special Award for Excellence in Advancing Social Equity from the American Planning Association's International Division.

The community, covering some 2 square kilometers, sprung up in 1951 as a home to model workers, forerunner to other workers’ communities that were built nationwide to accommodate the growing workforce during a period of rapid industrialization.

As the first “new community” in Shanghai that opened up to the outside world, it has received more than 300,000 people from over 150 countries and regions. High-ranking visitors include the former US President Richard Nixon and other national leaders.

"Without revitalization, the profound history of the historical community might be forgotten along with its aging population and facilities," said Bu Min, a planner with the institute who is taking part in the project. 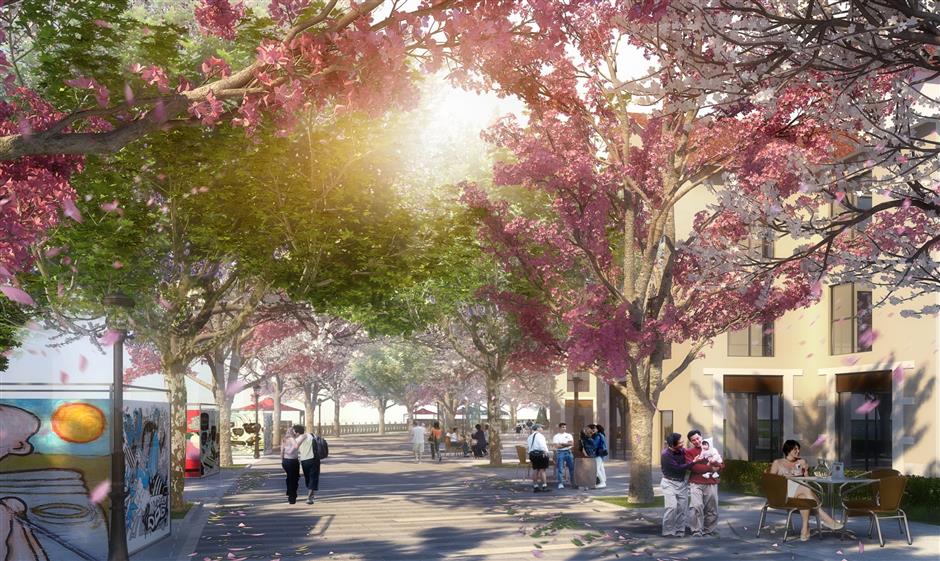 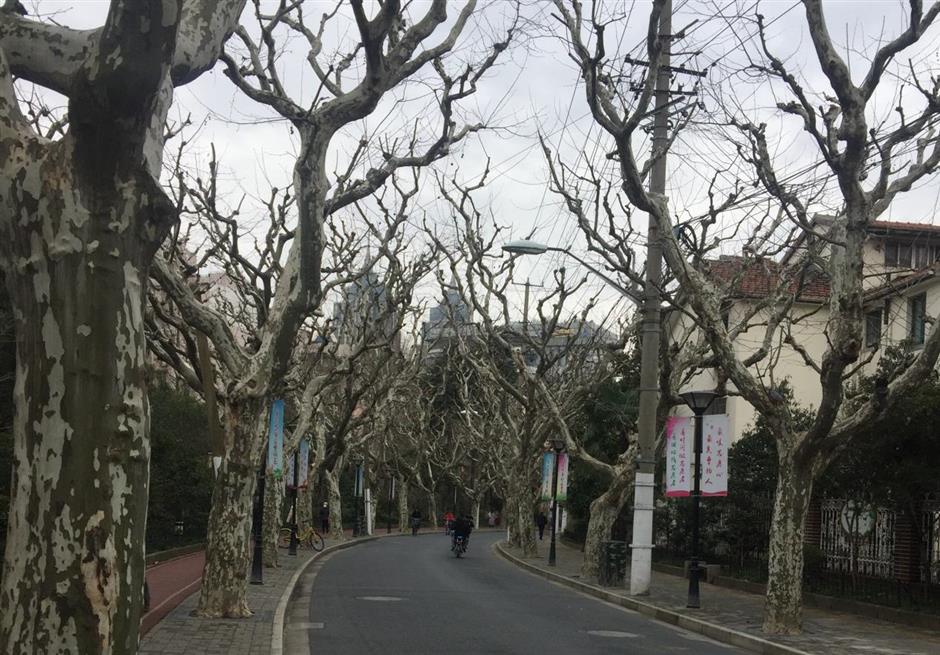 According to the plan named "Caoyang Stroll," more greenery will be planted across the community and it will be more accessible to residents.

Pocket parks have been planned around street corners for seniors to relax and chat in. Several streets, which now have motorcycles whizzing past, have been designed into pedestrian roads.

Several landmarks will be redecorated and highlighted along a walking path for visitors and tenants to learn the history of the community. They include a history museum of the community and the Fengqiao Road Station of Metro Line 11, a major gateway to the community.

As a highlight, a batch of community vegetable gardens have been developed to encourage residents and tenants to take a more active part in community activities, according to Bu.

"Thanks to the vegetable gardens, the community has become more charming, attracting younger groups of people to live here, making our community more energetic," Zhang Ke, an official with the community's neighborhood committee, claimed.

Opinions of residents have been widely solicited ahead of the planning, Bu said. The young planner spent two weeks talking to residents, mainly seniors in the neighborhood. New technologies, such as big data analysis and trip monitoring, have been applied to support the planning.

The confabulations with residents highlighted the major problems, such as the shortage of exercise space, seats and parking slots for a large number of shared bikes, Bu revealed. 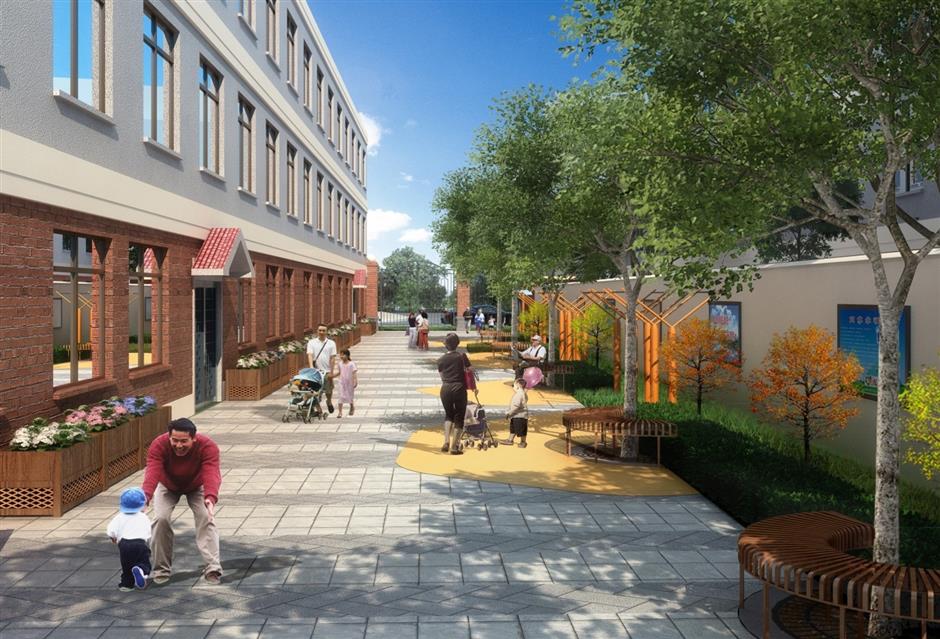 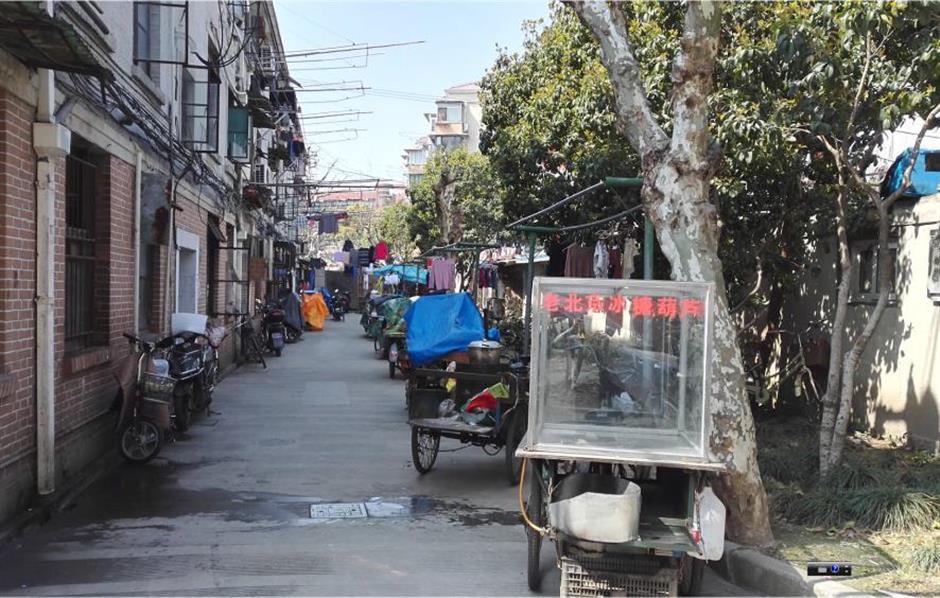 The street within the Caoyang Community is now filled with food stalls.

"Without talking to them, we would never have learnt about the special demands of the seniors," she said. Nearly 40 percent of the 100,000-odd residents of the community are seniors aged above 60.

Some seniors, for instance, asked to open two activity centers, one for males to play cards and another for female seniors to simply chat or do knitting.

Most of the requests have been incorporated in the design charts. In the next step, the institute will work with the district and subdistrict governments to further improve and carry out the renovation.

"The project is an outstanding example of a comprehensive and sensitive analysis of a neighborhood, followed by creative and innovative solutions to the problems identified," said George Frantz, associate professor with Cornell University's College of Architecture, Art and Planning.

The project also recognizes that its senior citizens are assets to the community and that their energy and community commitments can be utilized to help revitalize the community, said Frantz, a recommander of the project to the APA.

Bu said the project is expected to become a demonstration base for renovation work on other workers' communities and old neighborhoods in the city.

Shanghai built 18 “workers’ communities” in the 1950s and many are in a bad condition.

They were built to accommodate Shanghai’s rapidly expanding workforce during the industrial development. Featuring 30-square-meter apartments, with communal kitchens and bathrooms, the homes were much sought-after and therefore offered only to the very best workers. 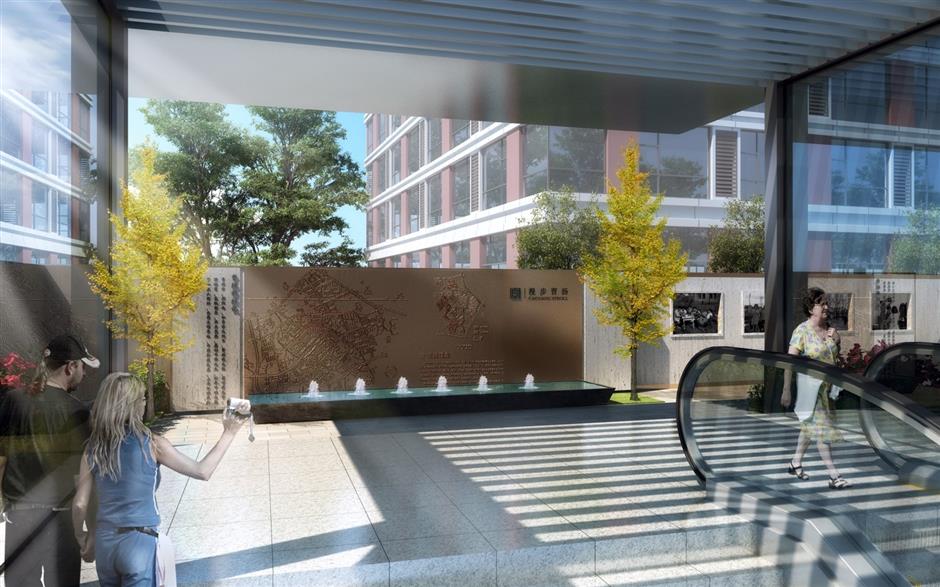 A cultural wall is designed at the entrance of the Fengqiao Road Station of Metro Line 11, a major gateway to the Caoyang Community. 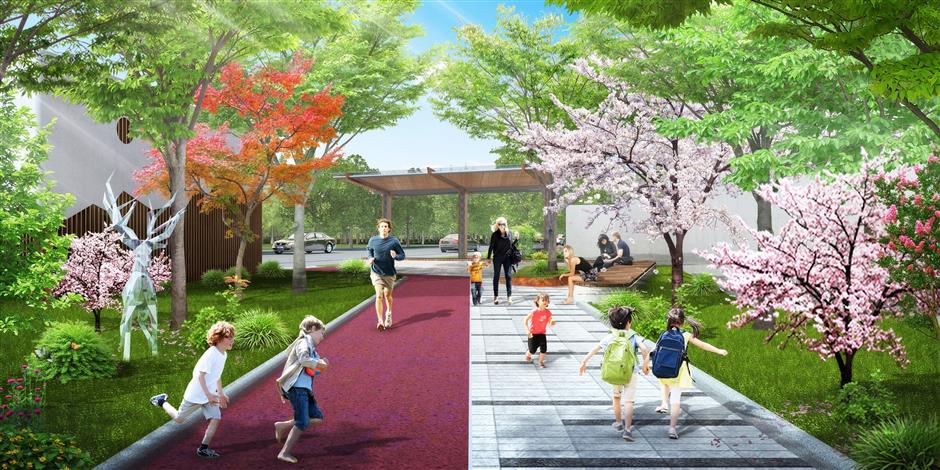 An artistic rendition of a pocket park within the Caoyang Community