Broken glass at the hospital 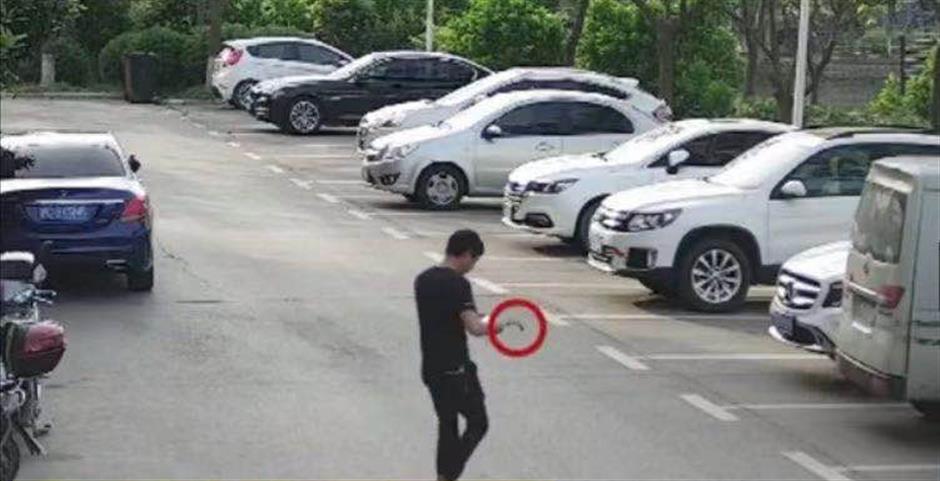 The suspect caught on a surveillance camera with his catapult

A man has been detained for catapulting steel marbles against a hospital in suburban Shanghai, police said on Tuesday.

The hospital in Xujing Town, Qingpu District, reported to the police on April 10 that the glass door on the first floor of the outpatient building had been smashed by a steel marble which was left in the broken glass, and a piece of glass on the fifth floor was once smashed in March.

During the investigation over the next few days, the same incident happened twice and caused more damage to hospital buildings. Watching surveillance footage, police spotted a man a man shooting at the hospital with a catapult on April 10, 15 and 18.

The suspect was tracked down and caught later in the town. The suspect, a man surnamed Tan, has allegedly confessed and said he was just bored.

No one was injured.

Tan could face the criminal charge of “picking quarrels and making trouble,” police said. He faces up to five years in prison.