It's time for a coffee in Jing'an 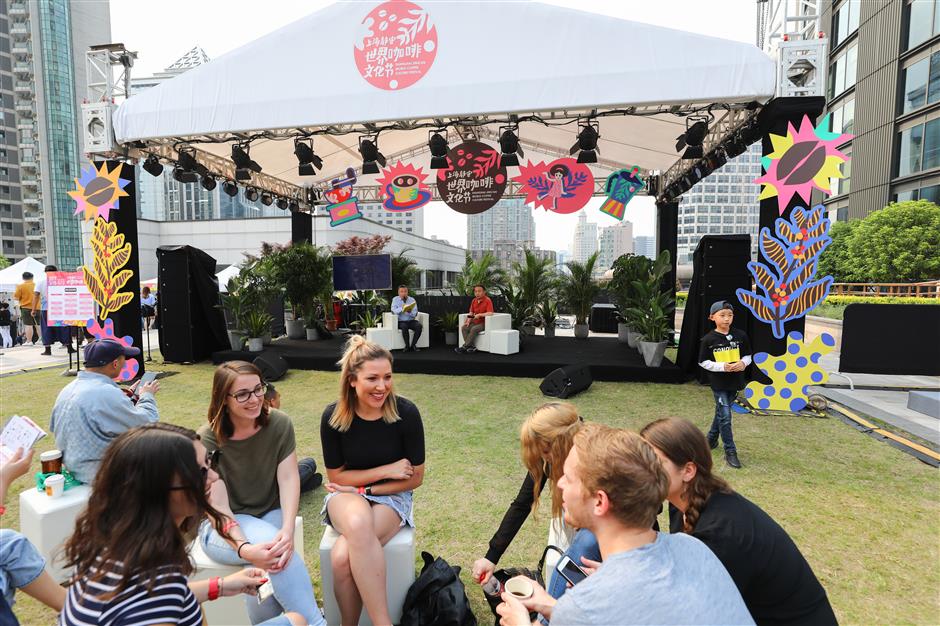 The coffee festival attracts many foreigners. 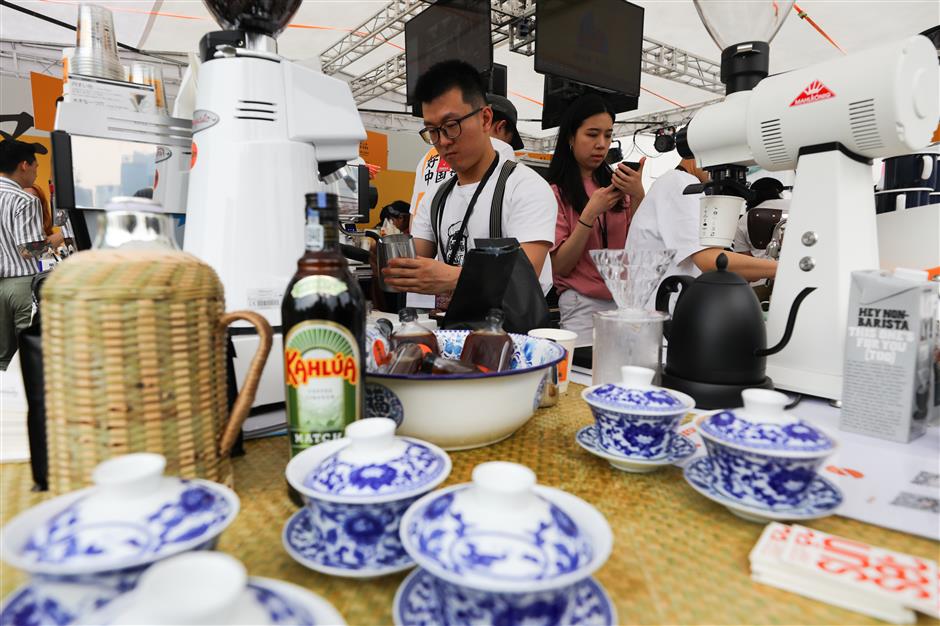 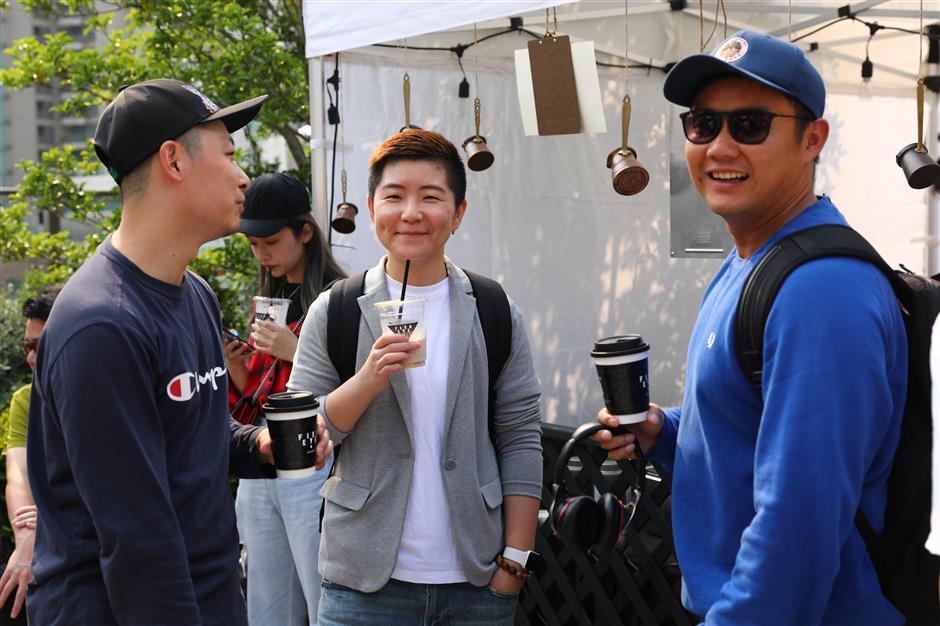 Beans in the sun 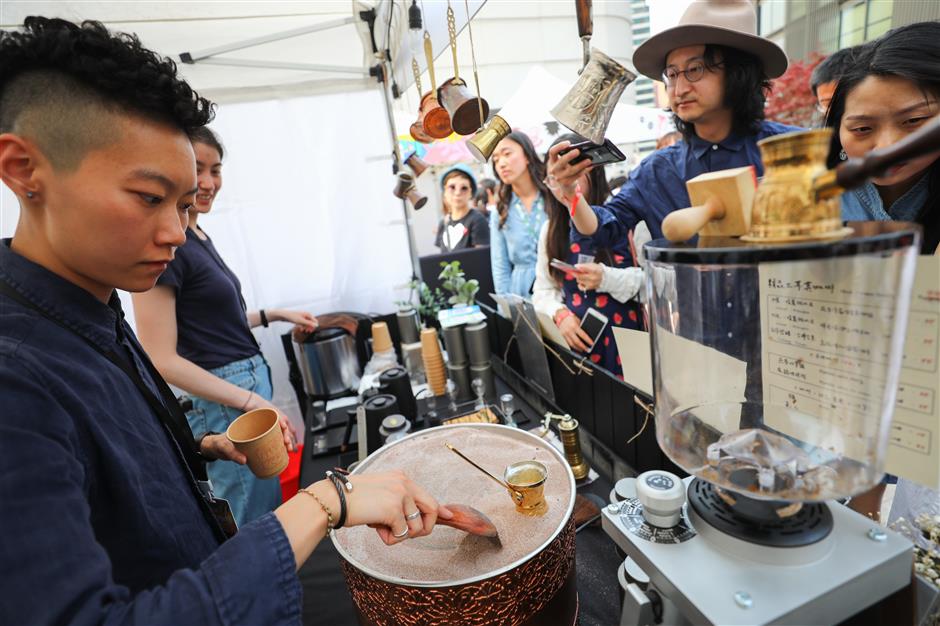 The city’s annual coffee festival has returned this month in Jing’an District.

The three-day Shanghai Jing’an World Coffee Cultural Festival kicked off on Friday afternoon and it will last to 8:30pm on Sunday.

At the rooftop garden on the fourth floor of the HKRI Taikoo Hui mall, more than 20 renowned coffee shops, from chain stores to individual coffee shops across the country, will offer their special brews to coffee lovers.

They include Shanghai-based Manner, Paras, Seesaw and S.Engine, Suzhou's Sparrow, UID based in Chengdu and M2M based in Nanjing. Top baristas from across the country mix herbal tea with coffee, brew coffee on hot sand and pour coffee in traditional Chinese tea cups, among other innovative ways of making and serving the age-old drink.

Coffee is increasingly becoming a part of Shanghai culture and downtown Jing'an is where much of the action is.

The area is home to Starbucks’ first international Reserve Roastery and the district hopes to the bean one of its name cards to attract people.