An emergency drill featuring first aid and rescue teams was carried out in Baoshan District on Sunday.

It marks the start of a series of campaigns across the city to raise awareness of responses to natural disaster.

May 12 has been designated the National Disaster Prevention and Reduction Day in commemoration of the devastating earthquake in Sichuan Province on May 12, 2008.

As a coastal city, Shanghai faces the threat of typhoons and floods, said the city’s emergency management bureau. This is compounded by its population density.

The bureau also plans to organize seminars and tutorials in schools and companies. 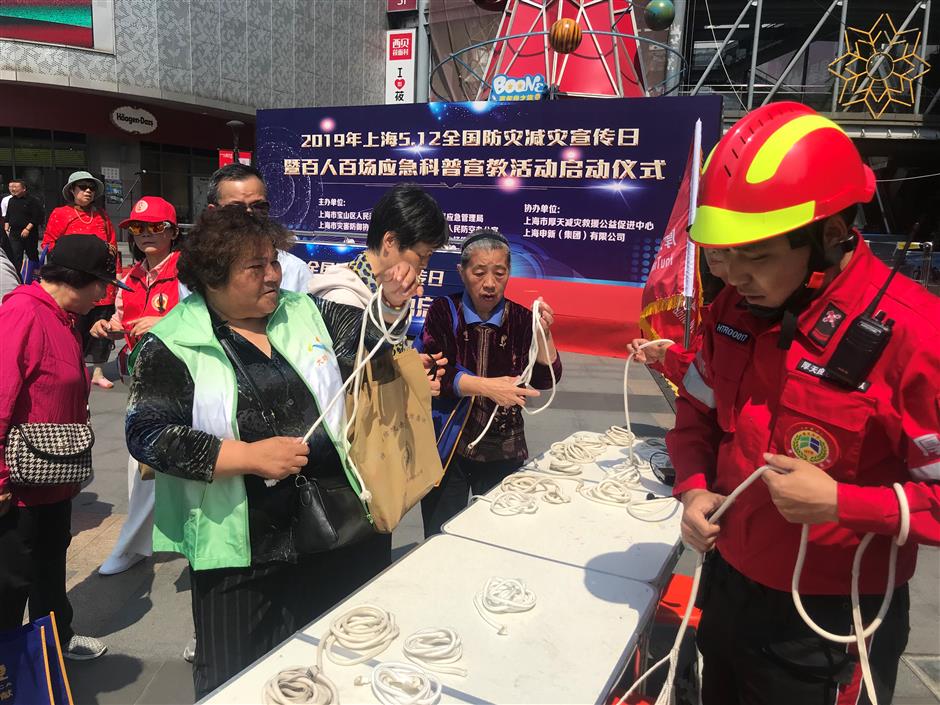 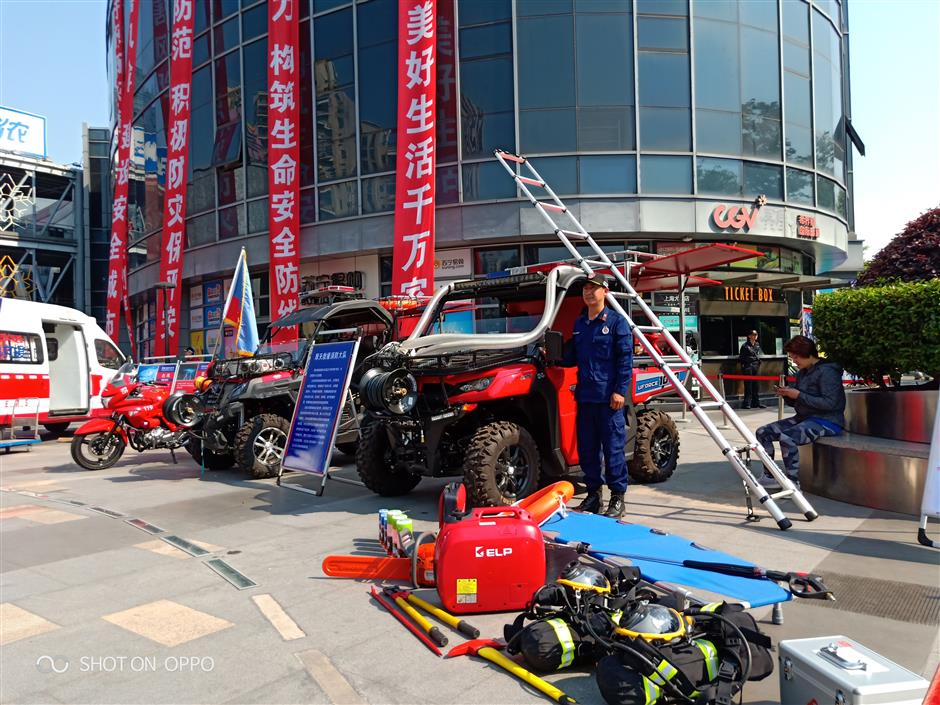 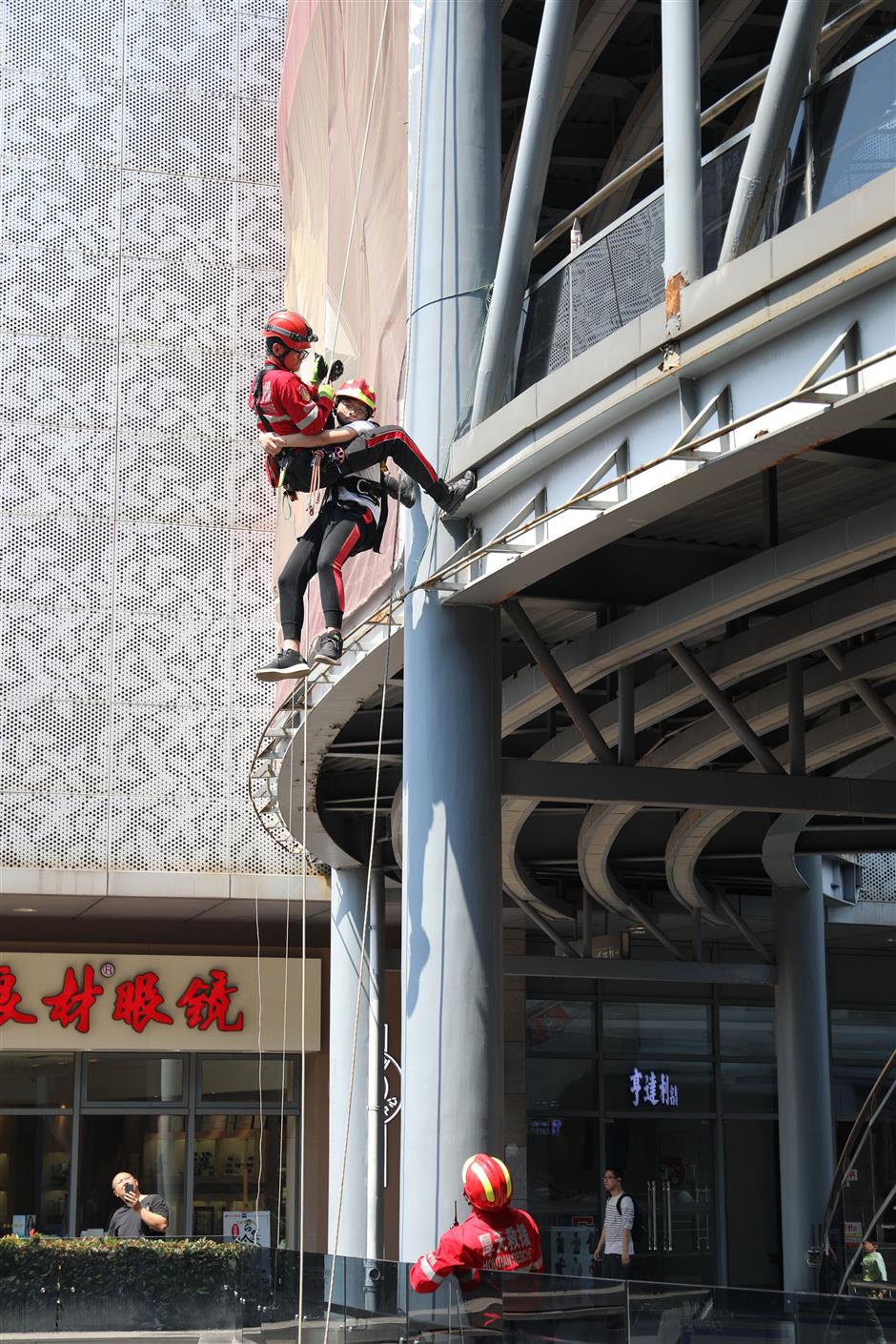