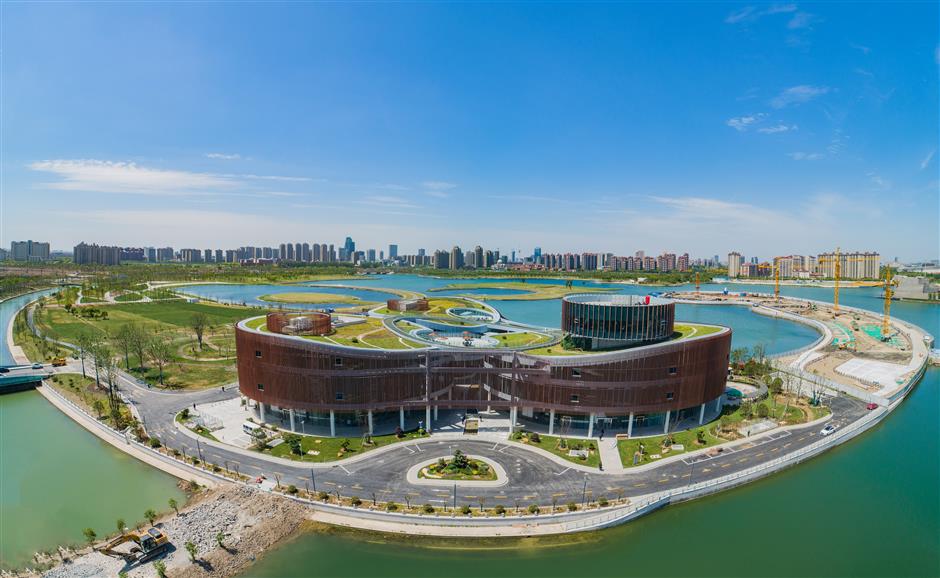 The new Fengxian Museum in Nanqiao Town has been dubbed the "Shanghai Fish" due to its shape when seen from above.

The new Fengxian Museum opens to the public on Thursday with an exhibition from the Palace Museum about Qing Dynasty Emperor Yongzheng (1678-1735).

The museum, built by Shanghai Construction No. 7 Group Co, covers 20,000 square meters near the artificial Jinhai Lake in Nanqiao Town. It is expected to become a cultural landmark on Shanghai’s southern outskirts which has long lacked a major museum.

The museum, designed by Japanese architect Sou Fujimoto, has been dubbed the “Shanghai Fish” due to its shape when viewed from above.

The museum will feature permanent exhibitions about the urban planning and history of Fengxian, which gained its name in the Spring and Autumn Period (770-476 BC) when early residents in the area offered help to an apprentice of Confucius.

Another exhibition depicts the history of its seawall, a listed historical site of the city built in 1713 under the orders of the emperor. The anti-flood wall has contributed a lot to the social and economic development of the city and part of the stone wall is well preserved. 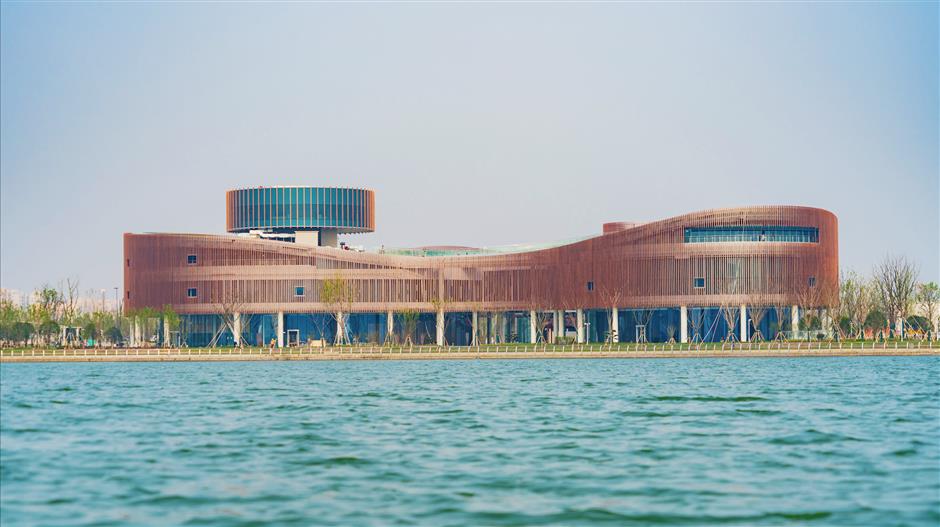 The new Fengxian Museum built by Shanghai Construction No. 7 Group Co near the artificial Jinhai Lake in Nanqiao Town 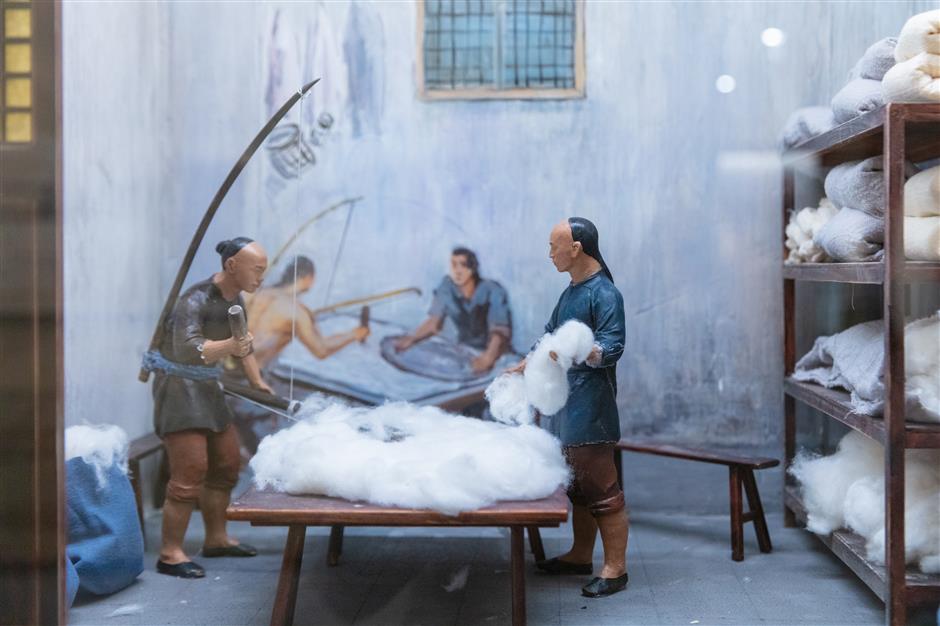 Two temporary exhibition halls covering 800 and 240 square meters will hold exhibitions from both home and abroad. The first batch of exhibitions will be about Emperor Yongzheng, China’s handicraft artworks and ancient copper mirrors.

The opening exhibition will run through August 16 and is free. Over 120 artifacts from the Palace Museum in Beijing will be displayed. They include the porcelain, jade, painting, calligraphy, enamel and lacquer of the period, as well as supplies once used by the emperor and his calligraphy works.

Fengxian has its historical origins with Yongzheng, who ordered the setting up of Fengxian County in 1682 and construction of the seawall that has been protecting the region from flood for centuries.

Key exhibits include a scroll portrait of the emperor with 42.5 centimeters in length and 30.1 centimeters in width, as well as another scroll painting which restores the grand scene of a massive royal ritual to pay tribute to the god of farms.

Booking is required to visit the free exhibition through the museum's WeChat account (fengxian_museum) and website (www.fxbwg.cn). The exhibition is open daily from 9am to 4pm, except for Mondays. Guided tours can be booked.

A scroll painting to be exhibited at the inaugural exhibition of the new Fengxian Museum restores the grand scene of a massive royal ritual to pay tribute to the god of farms. 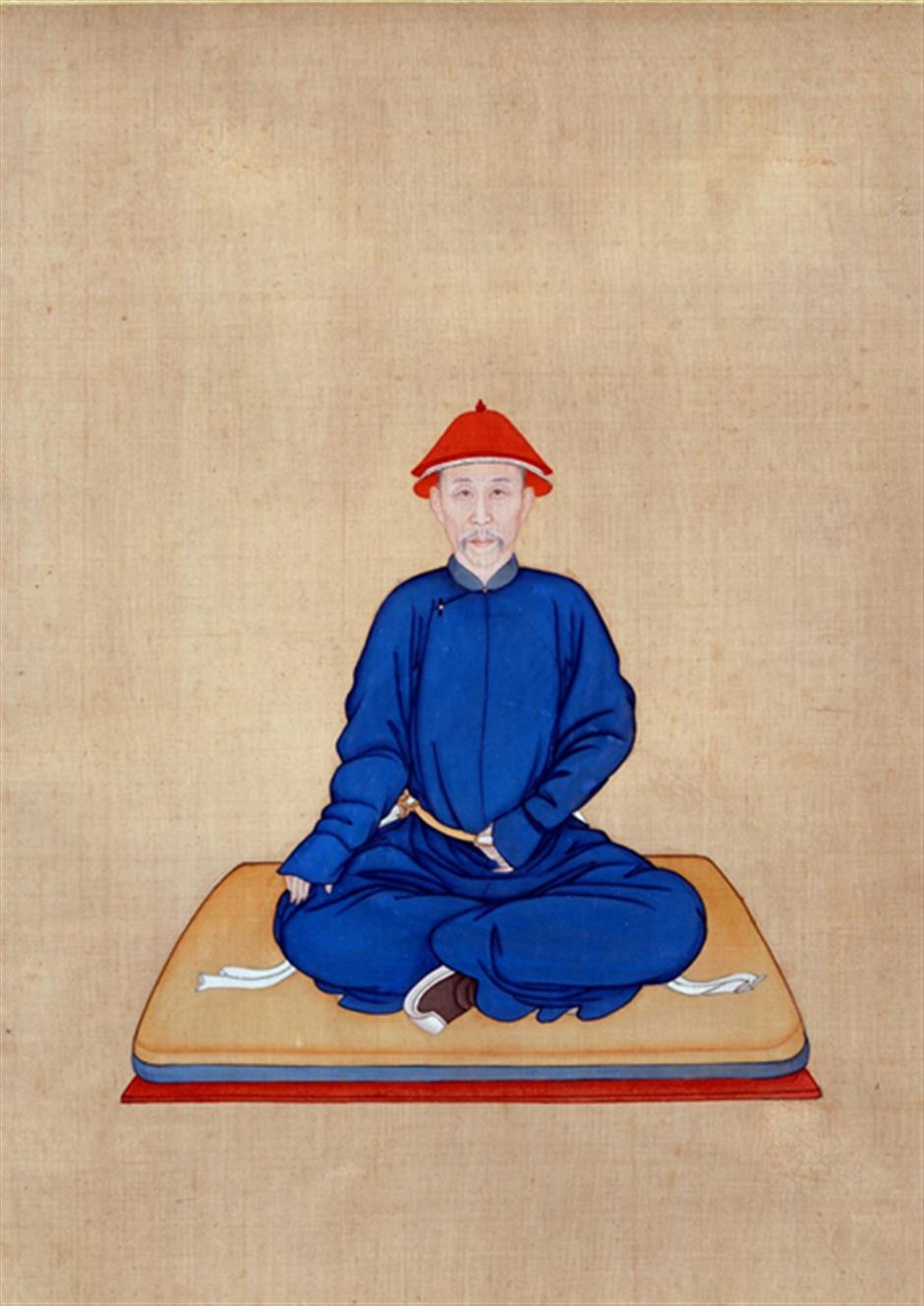