The Peony Pavilion, one of the most famous pieces of Kunqu Opera, opened the 14th Chekhov International Theater Festival in Russia on May 14.

China is the main guest of this year's event, which runs until July 21.

At this year’s festival, The Peony Pavilion, starring “Prince of Kunqu” Zhang Jun, set the scene in the botanic garden of Moscow State University, bringing the performance to life on an open-air stage, and taking the audience back to relive the timeless Chinese love story, contemporaneous with Romeo and Juliet.

It was the fourth stop of the Peony Pavilion world tour following performances in Château de Saint-Cloud in Paris, the Saxony State Museum in Dresden, Germany, and the Metropolitan Museum of Art in New York.

"This time we gather in Moscow to bring greetings from Shanghai," Zhang said. "It has been a honor for me to contribute to the cultural exchanges between Shanghai and Moscow, China and Russia, and to bring the art of Kunqu to the world." 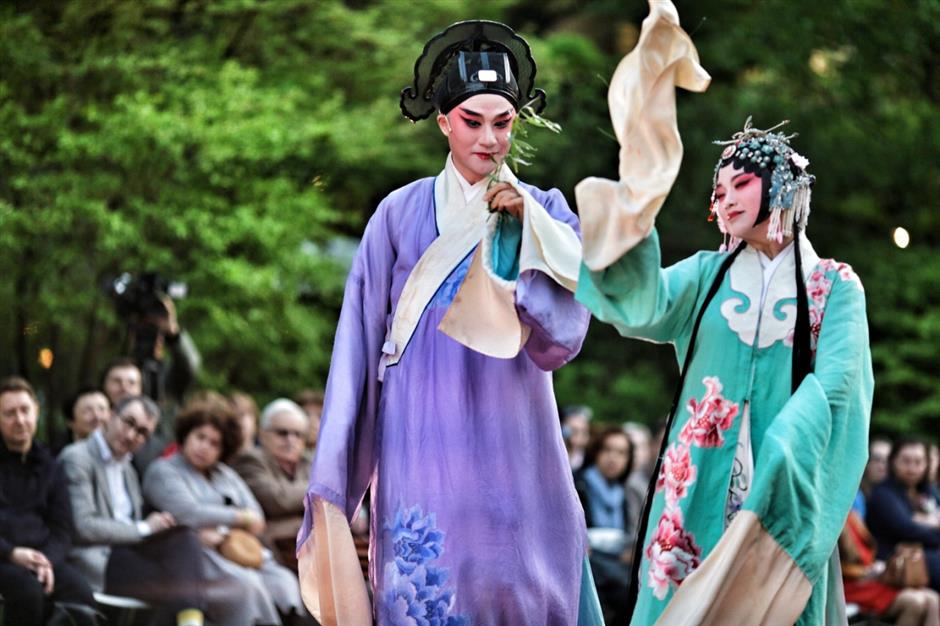 Kunqu Opera artists Zhang Jun (left) and Xu Sijia perform a scene from The Peony Pavilion in Russia on May 14.

Originally a play written by Tang Xianzu in the 16th century, The Peony Pavilion has touched the hearts of many generations through the love story that takes place in a garden. In 2010, Zhang Jun and composer Tan Dun jointly reworked the play in the form of Garden Kunqu Opera, staging the drama in a garden at Zhujiajiao in suburban Shanghai.

The opera is one of the main elements of Shanghai’s city  promotional campaign — “Amazing Shanghai” — which brands the city as a global hub for culture, trade and finance. 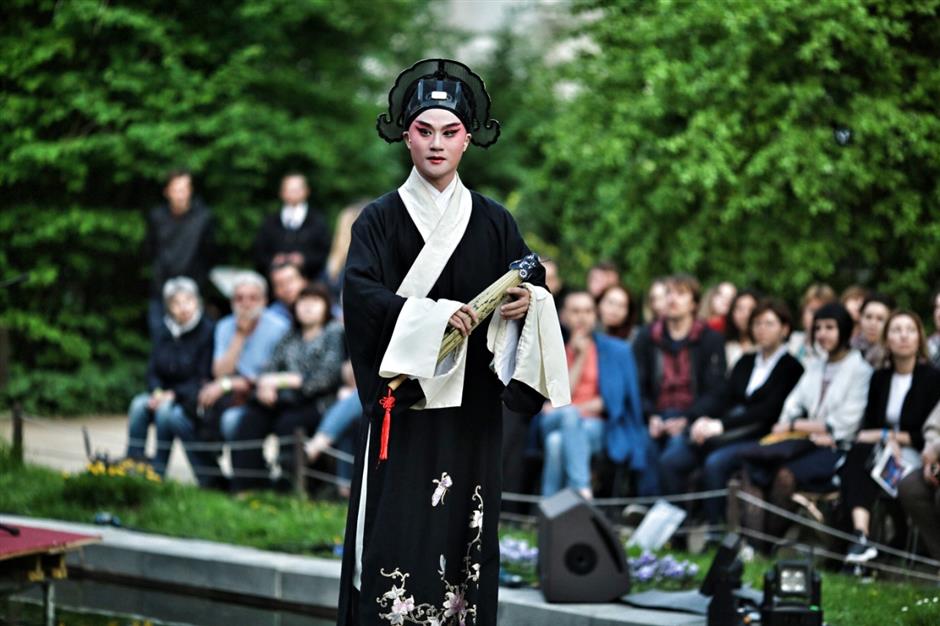