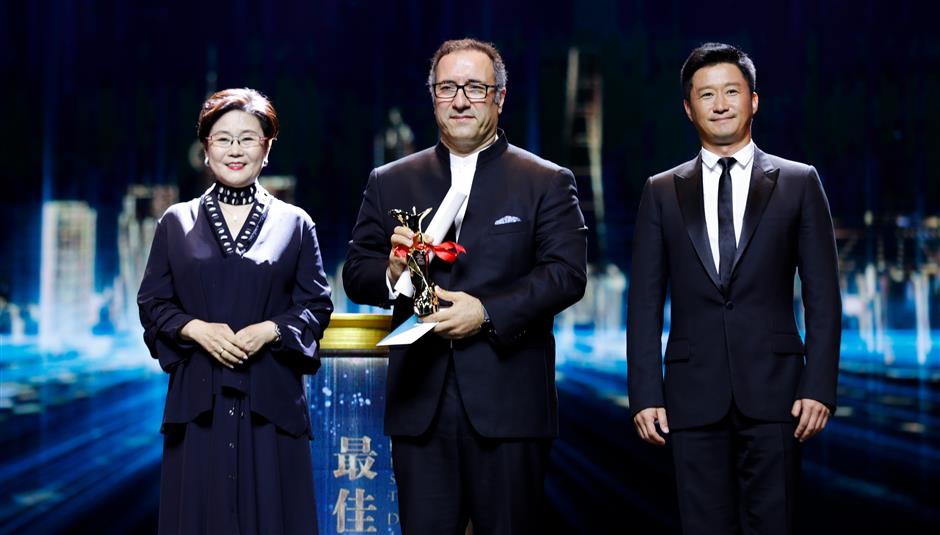 The film is a touching story about a father, who after long years of absence fulfills his children’s fantasy of building a dream castle.

“It is a fantastic night for me,” said Mirkarimi. “We had a good time in this beautiful city of Shanghai. Thank you for your hospitality and attention to my film.”

Behdad extended his gratitude to the jury panel in a recorded video message.

Chang portrays an old soldier longing to be back home in “The Return.” He told the audience that it was not easy for him to receive the award at his age.

Georgian Salome Demuria was named the best actress for her portrayal of a doctor who returns home after serving a long prison term in “Inhale-Exhale,” a Georgian-Russian-Swedish co-production.

“It is a special day for me,” said Demuria. “This award will change my life.” 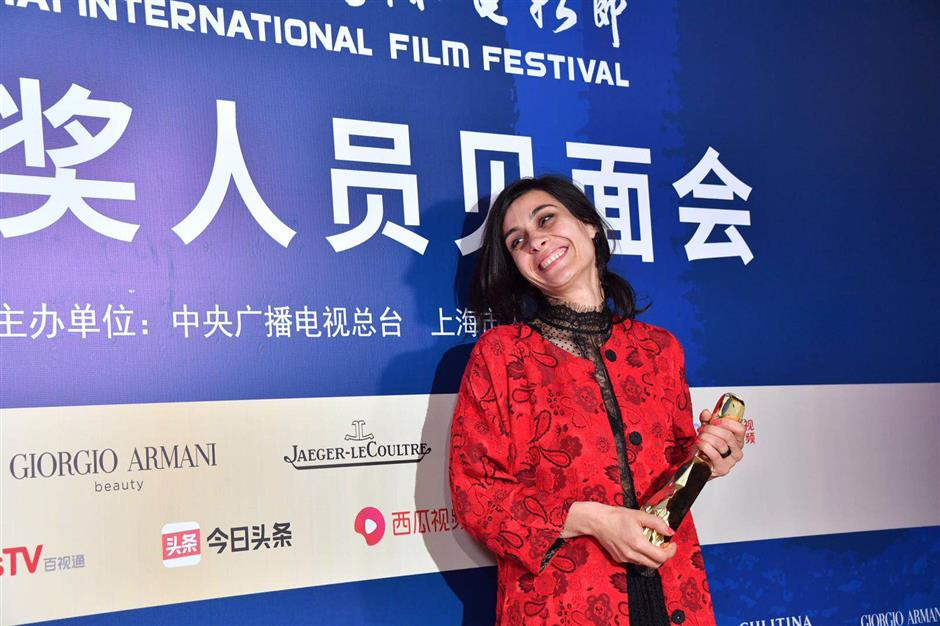 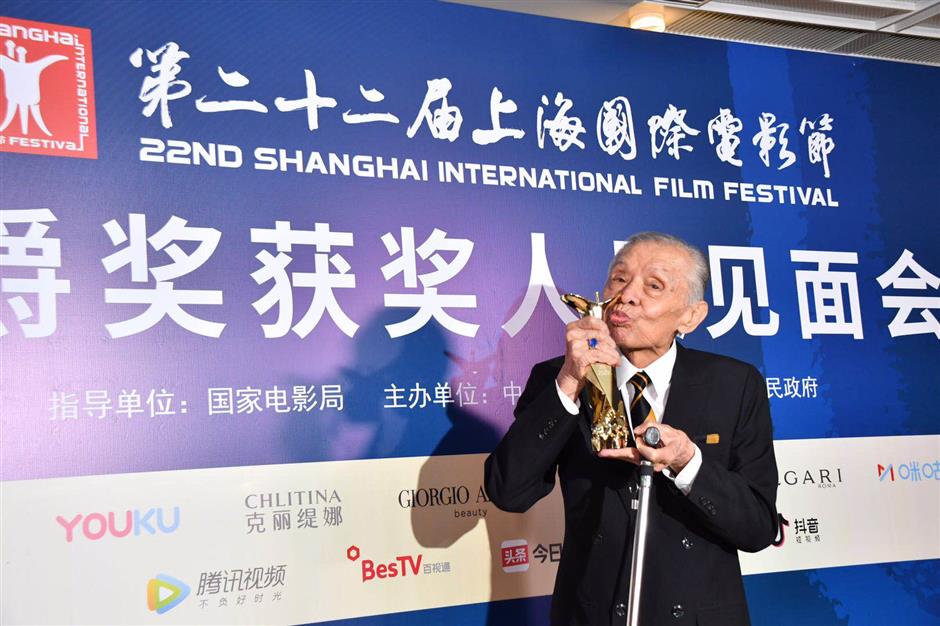 Chang Feng, 97, portrays an old soldier longing to be back home in “The Return.”

Alexander and Pavel Lungin, who cooperated on the script of the Russian war film “Brotherhood” won the best screenplay award.

Indian film “Trees Under the Sun” walked away with the outstanding artistic achievement award.

The best documentary film award went to “Bridges of Time,” a joint effort by Latvia, Lithuania and Estonia. Japanese production “Ride Your Wave” was named the best animation film.

A total of 25 films were nominated for this year’s Golden Goblet awards in the feature film, documentary and animation categories.

The festival will close on Monday with a public screening of the award-winning movies.

Cooperation on many aspects of the film industry chain including copyright, post-production, distribution and funding were reached during the festival.

The festival has also witnessed major film and TV production bases at the Yangtze River Delta region to promote the culture and tourism industries.

Around 500 foreign and Chinese movies were screened at 47 cinemas across the city with several international films being premiered in Shanghai. 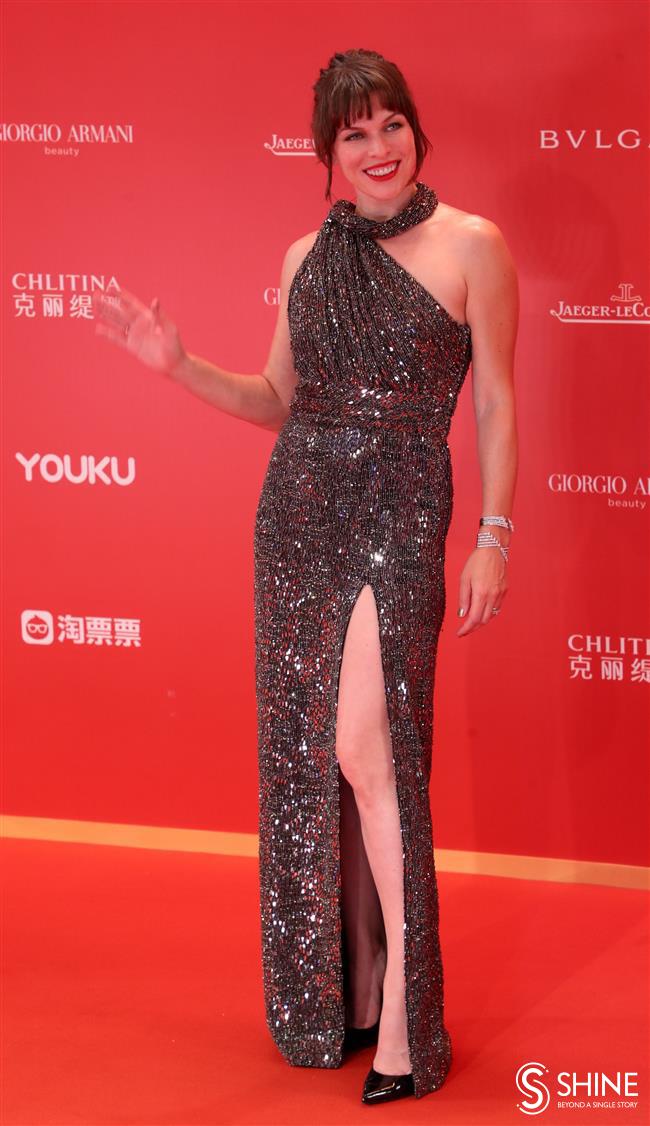 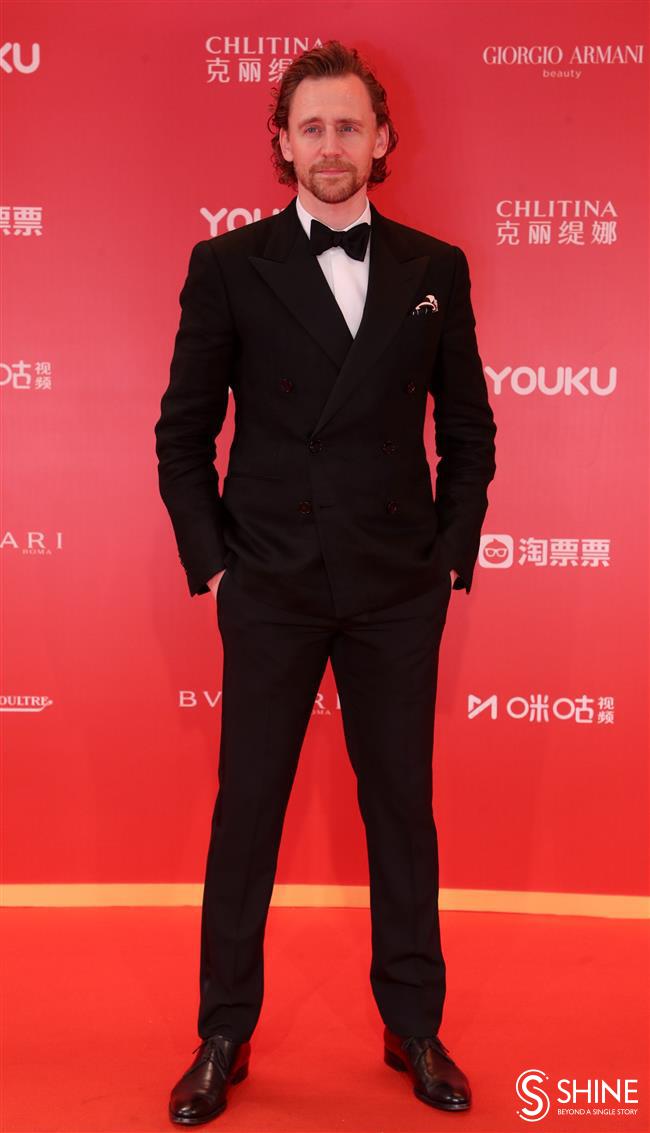