Tons of recyclables sorted by hand in Jiading center

A new center that collects and distributes all kinds of renewable resources has just opened in Shanghai's suburban Jiading District.

The All-kinds Recyclable Resources Collection and Distribution Center, which was put into use earlier this month, mainly serves residential areas in Jiading, as well as some government organizations.

At present, it collects and distributes about 8 tons of recyclables every day, with an upper limit of 70 tons.

Renewable resources are divided into five categories: glass, metal, plastic, paper and clothing. These recyclables are collected from residential areas, and classified in the distribution center. After that, they will be transported to related enterprises and factories to be reused. 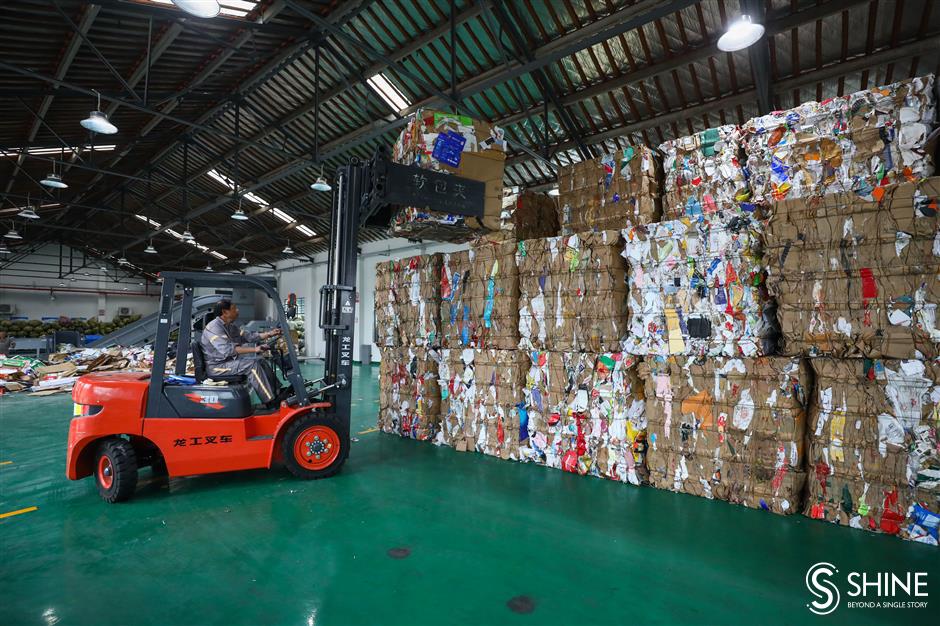 A worker loads a bundle of recyclable garbage at the All-kinds Recyclable Resources Collection and Distribution Center in Jiading District on June 25.

“Some of our most important work is to subdivide the recyclables,” said Qiu Ting, head of the resource utilization branch office of Shanghai Chengtou Group Corp. “For example, mineral water bottles and oil bottles are made of the same material, but residual oil needs to be retreated, so we must separate these two kinds of bottles.”

Different recyclables will be transported to different places. Plastics will go to some environmental protection enterprises in Zhejiang Province, where they will be reproduced to make polyester fiber, which is a raw textile material. Paper will go to a paper plant, which can also become raw material for new books.

As the center has just been put into use, most of the separating work is completed manually. But in the future, there will be more facilities to relieve the pressure, such as a skinning machine to peel off labels and bottle caps.

“Now, some residents are still confused about what recyclables are,” Qiu said. “But we believe that in the future, with continuous promotion, people will have more awareness about garbage sorting, and our work will become easier and quicker.” 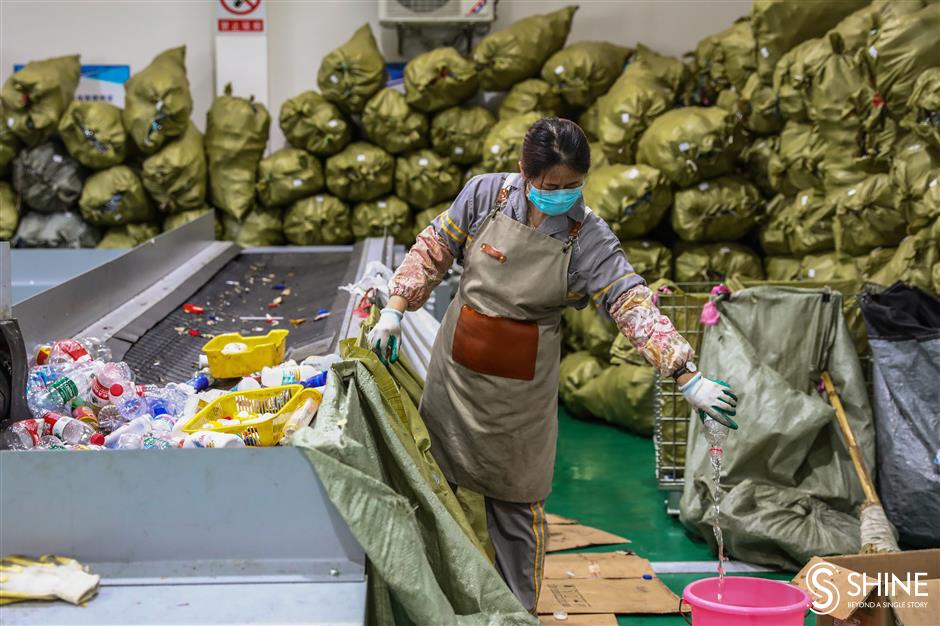 A worker pours water out of a plastic bottle before it is redistributed at the All-kinds Recyclable Resources Collection and Distribution Center in Jiading District on June 25.