A magical journey at TV tower 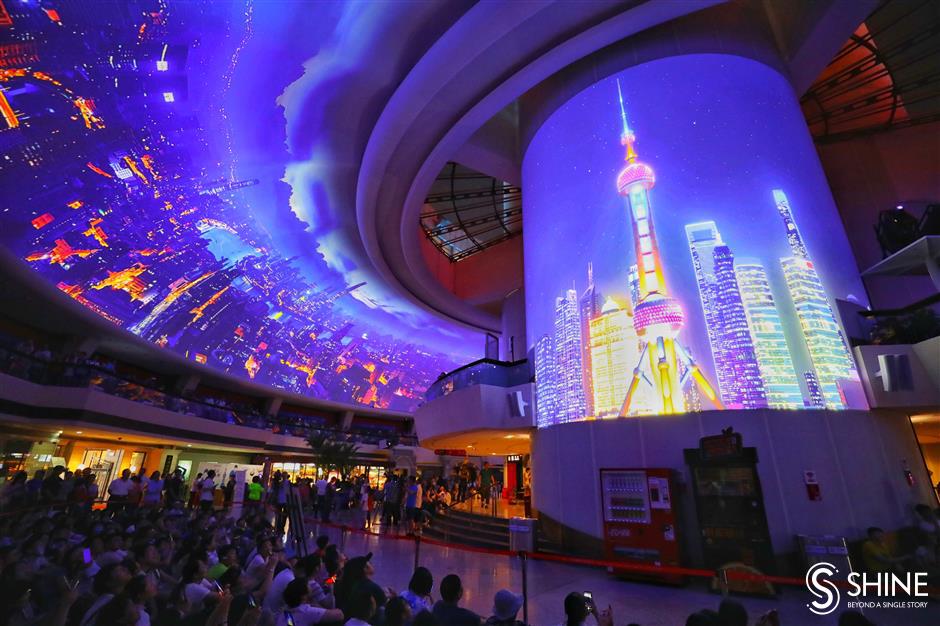 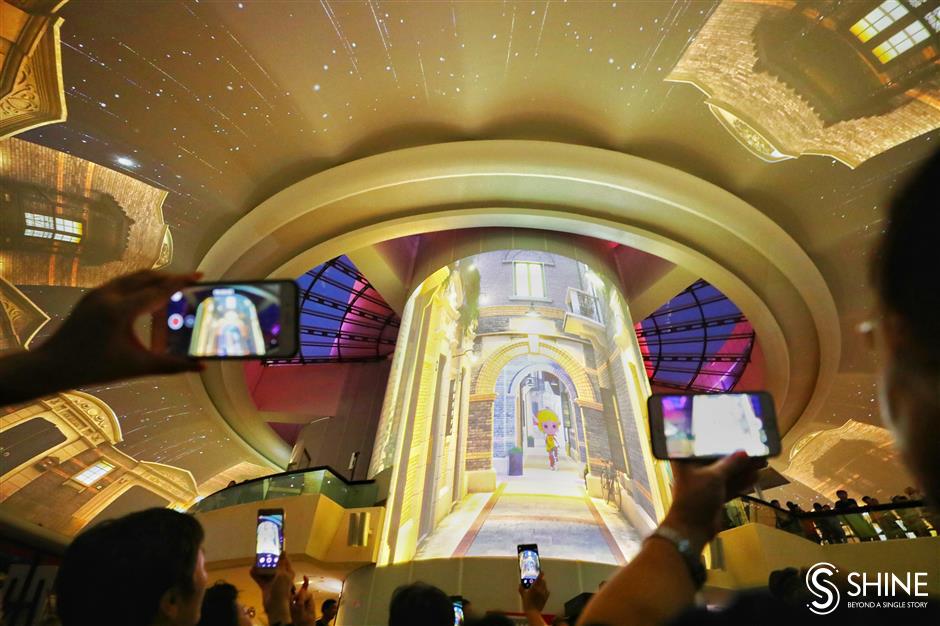 Visitors capture the magic of the circular dome show at Shanghai Oriental Pearl TV Tower on their smartphones.

The magical visual journey is staged at the zero-meter hall of the tower. Each show lasts 12 minutes. It is free though reservations are required on the tower's WeChat account.

Thirty high-definition projectors are used to take the audience on an adventure exploring Shanghai with performances at 7pm, 8pm and 8:30pm.

Shanghai's cultural and tourism authorities recently released a list of more than 100 cultural venues and tourist attractions that open at night, including the tower.

It is part of the city's efforts to enrich the night life of residents and promote the development of a night economy.

The list includes 105 scenic spots, art galleries, museums, parks, bookstores, and tourist and cultural complexes across the city, the Shanghai Administration of Culture and Tourism said. 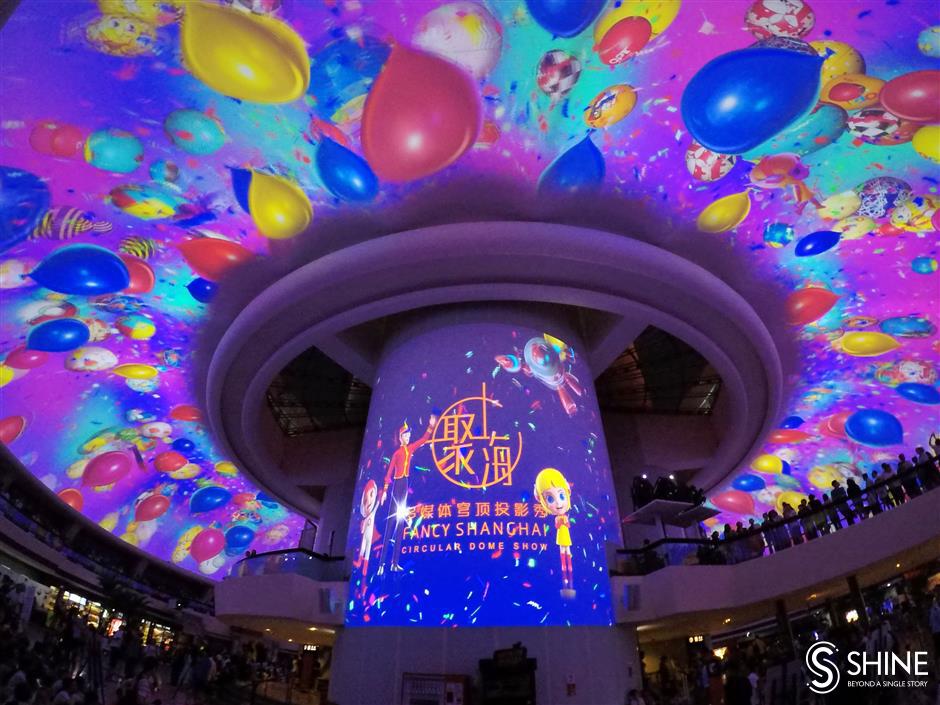 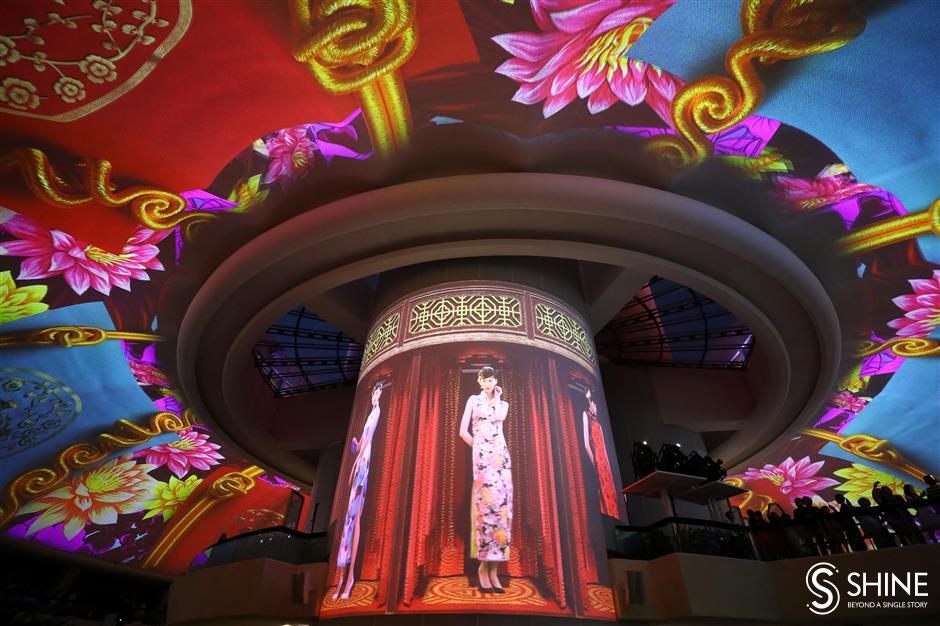 Each "Fancy Shanghai" show lasts for 12 minutes. They are free but reservations are required.