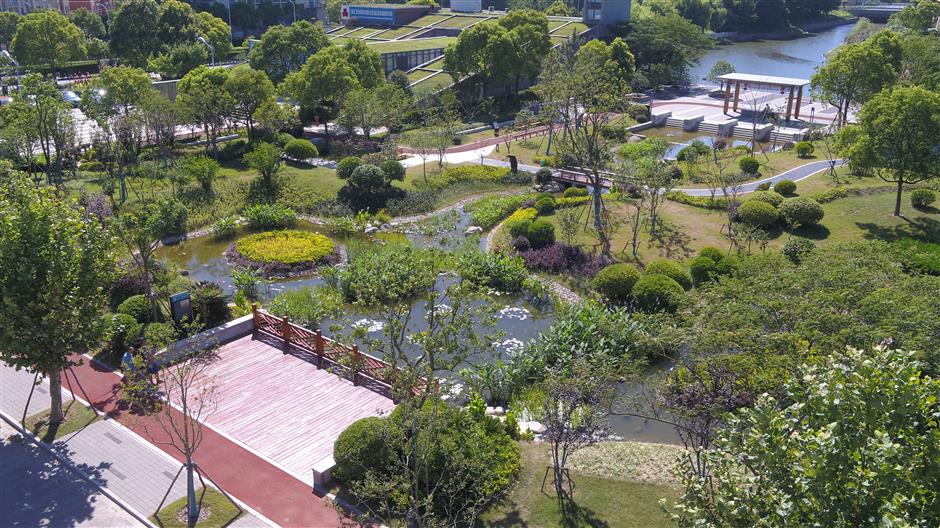 A renovated "sponge park" covering 14,200 square meters has been completed near a major residential community in the Lingang area.

A pilot project to help the Lingang area capture and store rainwater “like a sponge” is nearing completion after three years of construction.

The region is within the newly expanded free trade zone. The area near Hangzhou Bay is land reclaimed from the sea. It has an artificial lake, Dishui Lake, and its streets are designed like ripples from the lake.

Solid pavements have been replaced by water-penetrating bricks that allow water to pass through at a fast rate to reduce pooling on roads even during heavy rain.

Underneath each neighborhood’s garden is a huge underground water pool, where rainwater will be collected through pipelines. Plants and grasses are planted in the gardens over the rain collection pools to purify the rainwater.

The purified water from the pools is connected with self-service car washing facilities installed at parking lots. The parking lots also have water-permeable bricks and grass areas to prevent water pooling.

The projects are part of the city government’s “sponge city” blueprint that is aimed at making local neighborhoods, streets and greenery better able to capture and store rainwater to ease the impact on the city during both rainy and arid seasons. 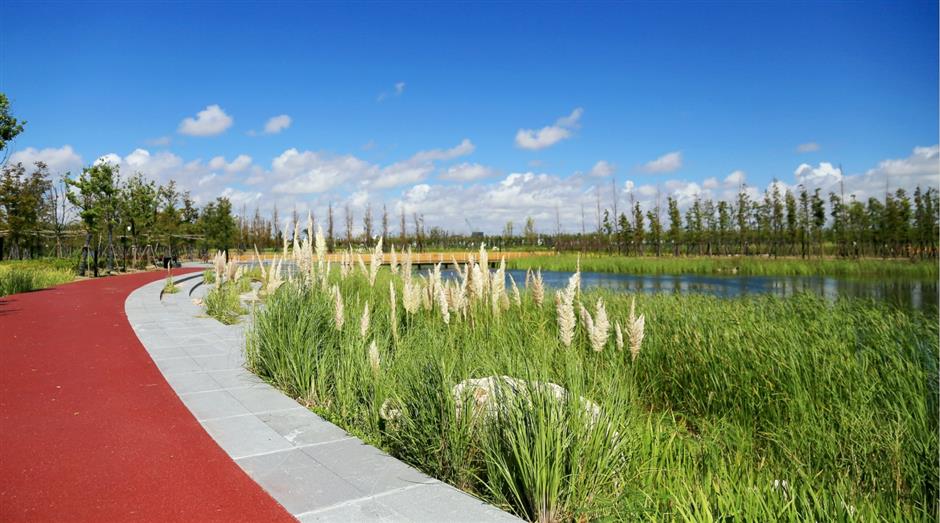 Plants and grasses are planted in the gardens over rain collection pools. 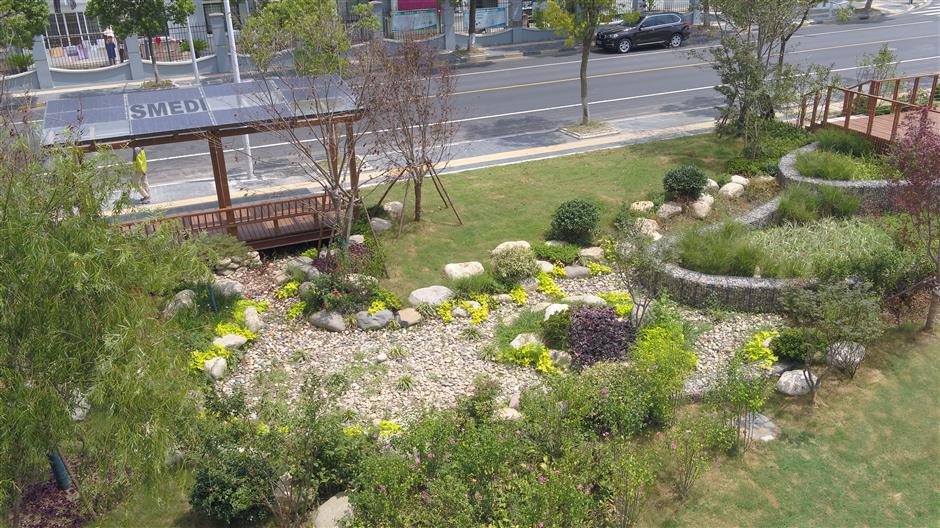 A water storage park near a street in Lingang

The trial project in Lingang has been carried out in 26 neighborhoods. All under-construction or future neighborhoods in Lingang will be built in accord with “sponge city” standards.

A total of 36 kilometers of roads have been renovated to have water-permeable pavements. About 80 percent of the roads have opened to traffic. During the downpour when the super typhoon hit the city, rainwater was distributed to creeks on both sides of the roads and flowed into gardens and wetlands, Lu said.

A renovated "sponge park" covering 14,200 square meters has been completed near a major residential community. The park can absorb a total of 158 cubic meters of rainwater and store another 190 cubic meters in ponds and wetlands.

The campuses of the Lingang university town have also undergone renovations to turn the land into "sponge." Professors and students at Shanghai Ocean University, Shanghai Maritime University and Shanghai University of Electric Power have taken part in research on the sponge city renovations.

Some 5 square kilometers of new parks, 40 kilometers of new waterways and artificial lakes covering 510,000 square meters have been built for the Lingang area. They can store 900,000 cubic meters of rainwater and help resist downpours, according to the company.

A smart management system has also been developed to better transfer and discharge the stored water. With Internet of Things sensors, big-data analysis and cloud-computing technologies, the control system can monitor the amount of rain and react quickly to prevent pooling.

Ahead of the super typhoon this month, the system made prevention plans to lower the water levels of waterways and lakes by discharging a total of over 1.9 million cubic meters of water that effectively protected the region from being deluged, Lu said.

Shanghai aims to create 200 square kilometers of sponge regions that can collect and process up to 70 percent of rainwater by 2020.

Nationwide, the central government aims to make 20 percent of Chinese cities have modern sewerage systems and infrastructure allowing efficient rainwater absorption by 2020, with that number rising to 80 percent by 2030. 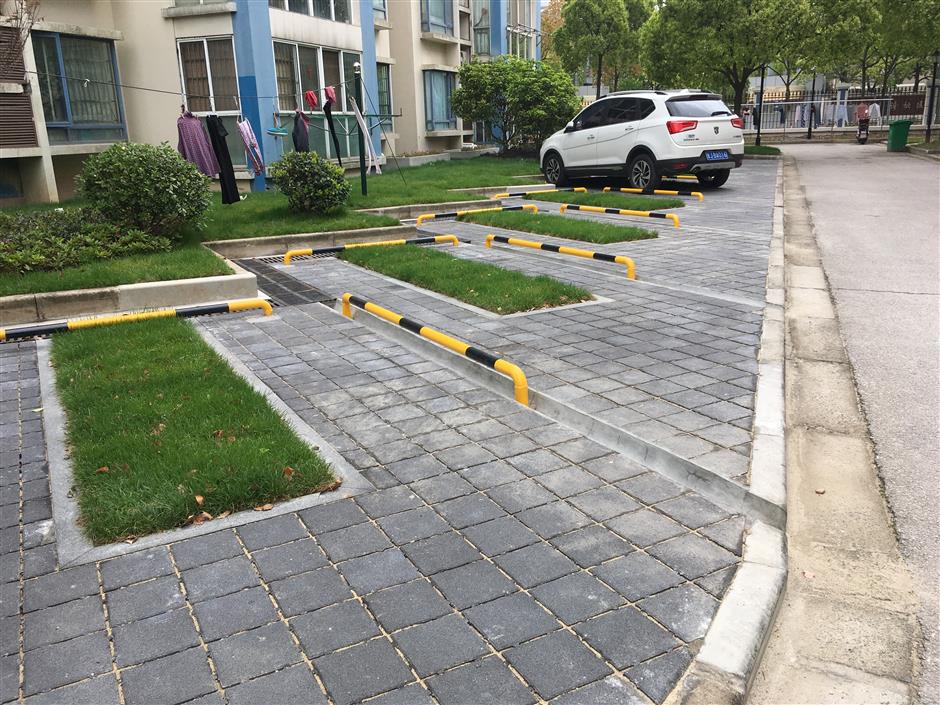 The parking lots in communities have water-permeable bricks and grass in the middle to prevent water pooling.

A renovated water storage park on a university campus in Lingang.