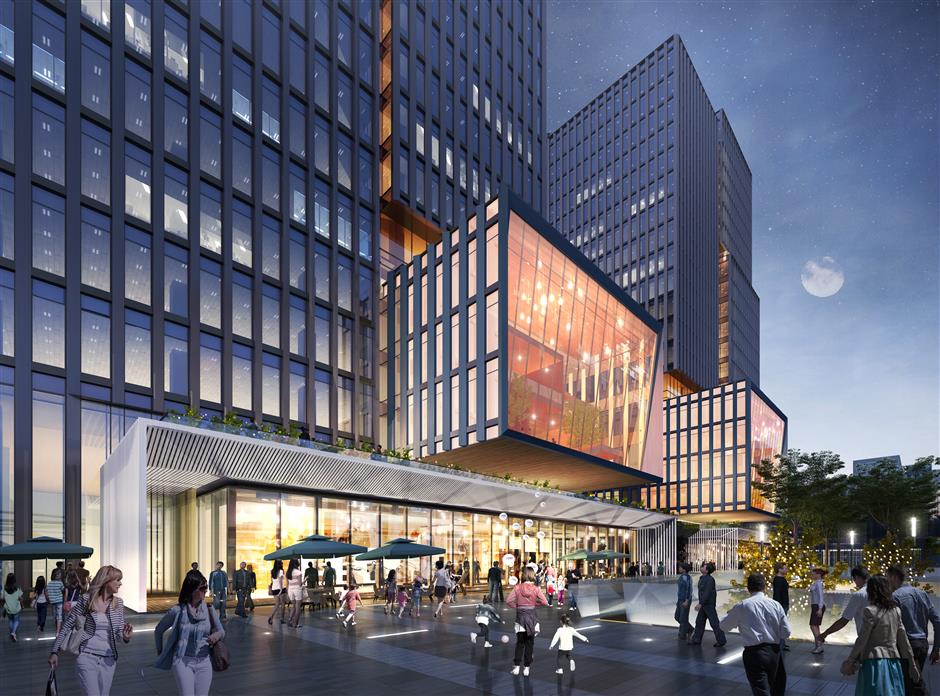 An artist's impression of Shibei International Science and Technology Community

In downtown Jing’an District, you could be anywhere in the world.

You can start your day with a cup of coffee at Starbucks’ Reserve Roastery; then make your own perfume in the Guerlain store and visit the historical Rong Villa run by Prada as an exhibition venue, ending your day with a visit to the UK immersive theater production “Sleep No More” and a candlelit dinner at Joel Robuchon's restaurant.

As an entry point into China, Shanghai and Jing’an seem an optimum choice, but what to expect next?

Italian fashion house Salvatore Ferragamo is likely to set up a fashion museum in Jing’an. French skin care company Clarins will put its first international lab in Shibei High Technology Park in March or April 2020, and has plans to locate its Chinese headquarters in the district.

“Chinese market is very important to us," said Alan Zhong, executive vice president of the Chinese arm of Clarins. “The lab will be our first outside Paris. Our team visited many cities such as Beijing, Guangzhou and Shenzhen, but we finally chose Shanghai and Jing’an, which we found very cooperative with a good business ambience."

The Chinese lab will specialize in skincare specifically for Chinese and Asian customers.

Long Fang, director of the district’s investment promotion office, said Jing’an sent a delegation to Milan in September, as Shanghai and Milan celebrated 40 years of twinning. The delegation spoke to nearly 150 Italian companies.

Jing’an District has seen the opening of six regional headquarters of multinational companies this year, almost one fifth of the city’s total.

On Saturday, the district signed contracts with ten companies in finance, eSports and new energy, with the total investment value of tens of billions of yuan.

Construction of Shibei International Science and Technology Community started on Saturday. The site covers over 910,000 square meters near the elevated Middle Ring road at the former site of the Pengpu Machinery Factory. During construction, four of the historical buildings will be preserved.

The site will gather industries involving big data and artificial intelligence but rather than simple office space, it will become a creative community of residences, schools, hotels and commercial complexes.