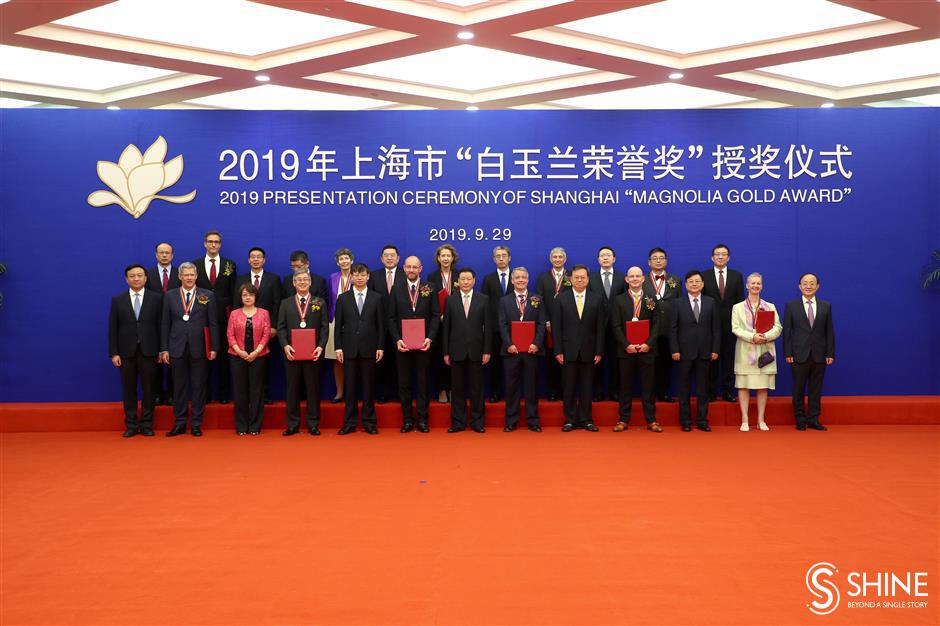 Twelve expats from Italy, the UK, France, Japan, Germany, Denmark, the US and Singapore were presented the Magnolia Gold Award by Shanghai Mayor Ying Yong on Sunday in recognition of their outstanding contributions to the city.

Since its early days of reform and opening-up, Shanghai has welcomed the help of talent from around the world in building the social and commercial infrastructure of a major global center. The city has been generous in its gratitude.

In January 1989, 18 foreigners working in Shanghai were given bronze medals with the city flower magnolia on one side and a view of the Bund on the other. It was the start of the city’s honors recognizing the contributions of expats.

The original honors were called Shanghai Gratitude Awards but were later renamed the Magnolia Awards. Thirty years on, their bestowal has become a prestigious honor cherished by foreigners in the city.

“The awards have acknowledged, year after year, the enormous contributions and dedication of countless foreign friends who love Shanghai and lend their wisdom and talent to this metropolis,” said the head of the Shanghai Foreign Affairs Office.

In 1997, the Shanghai People’s Congress established the honorary citizen program. The Foreign Affairs Office then decided to incorporate the honorary citizenship into its Magnolia Awards program to recognize foreign nationals who have made big contributions to the city’s development. In June that year, then Shanghai Mayor Xu Kuangdi bestowed citizenship certificates on the first seven recipients. 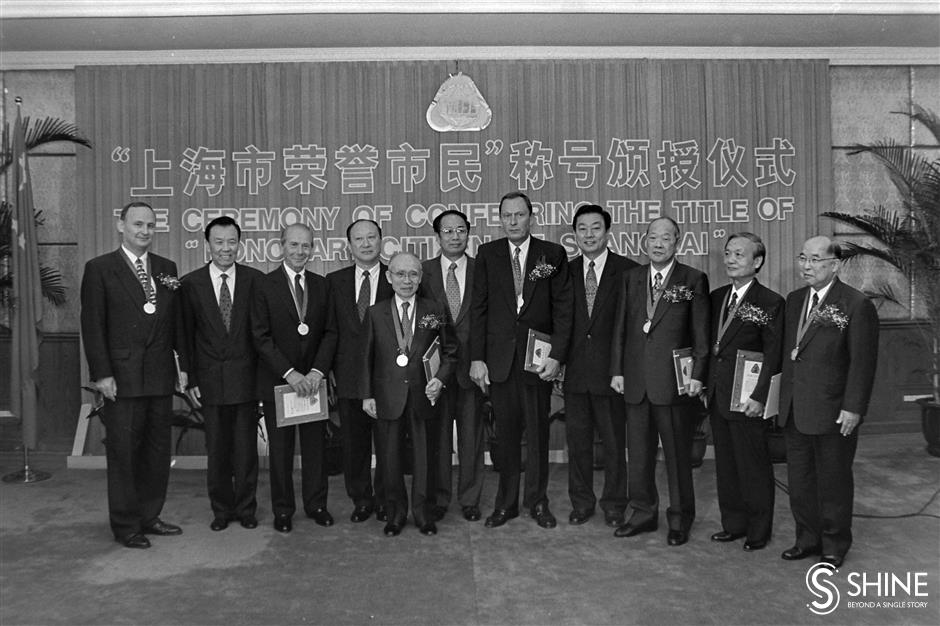 Nowadays, the Magnolia Awards are usually announced in September. Silver award recipients are presented by the Foreign Affairs Office, while gold award winners and honorary citizenship recipients are the purview of the mayor.

In the past 30 years, 1,216 expats from all walks of life have been given Magnolia Silver Awards, 332 have won Magnolia Gold Awards and 44 people have become honorary citizens.

The head of the Foreign Affairs Office said Shanghai, the largest economic center of China, has great numbers of foreign nationals working, studying and living in the city.

“Many international friends have made Shanghai their second home for a long time and have actively promoted cooperation and exchange between Shanghai and the rest of the world as well as the economic and social development of the city,” he added. “Their wisdom and hard work benefit the prosperity of Shanghai. Their dedication and sincere friendship will always be remembered by the people of Shanghai.”

He said the Magnolia Awards have played an active role in encouraging foreigners to become more involved in the economic and social development of Shanghai and its international exchanges.

“In this new era, Shanghai has special missions and responsibilities,” he said. “We are accelerating its development into an international economic, financial, trade, shipping and innovation center, a cultural metropolis, a global city of excellence and a modern international socialist metropolis with global influence. Against that backdrop, we sincerely hope the awards will encourage more of our international friends in Shanghai to make fresh contributions to the city. Building a Shanghai that is attractive, innovative, humanistic and ecological is our shared dream.”

Two recipients of honorary citizenship highlight the depth of his remarks.

Greenberg, 94, joined Starr Companies, a global insurance and investment company, in 1960 as its vice president and later went on to become chairman and CEO. He was formerly chief executive of American International Group (AIG), a former Starr subsidiary and the first fully licensed foreign insurance company in China.

Under his nearly 40 years of leadership, AIG grew from an initial market value of US$300 million to US$180 billion, becoming the largest insurance company in the world.

Greenberg is also the chairman of the Starr Foundation, which is active in grants to academic, medical, cultural and public organizations around the world.

In 1990, Greenberg was appointed by Zhu Rongji, then mayor of Shanghai, as the first chairman of the International Business Leaders' Advisory Council, a think tank set up under the mayor’s office. Greenberg is the only person to have served in that capacity for two terms.

In 2011, Starr was invited by the Shanghai government to become a shareholder of Dazhong Insurance and participate in reforms of the state-owned company. Greenberg flew to Shanghai several times to monitor the development of the joint venture.

In 2014, the Starr Foundation sponsored a program between the New York Philharmonic and the Shanghai Orchestra Academy, contributing to exchanges of international cultural arts.

The next year, with Greenberg’s support, Starr joined hands with Shanghai Education Commission to launch a “red cap” program to promote safety education in schools and public awareness of traffic safety.

Greenberg was granted Shanghai honorary citizenship in 1997. He was appointed a senior economic advisor to Beijing in 1994 and awarded the China Reform Friendship Medal in 2018. 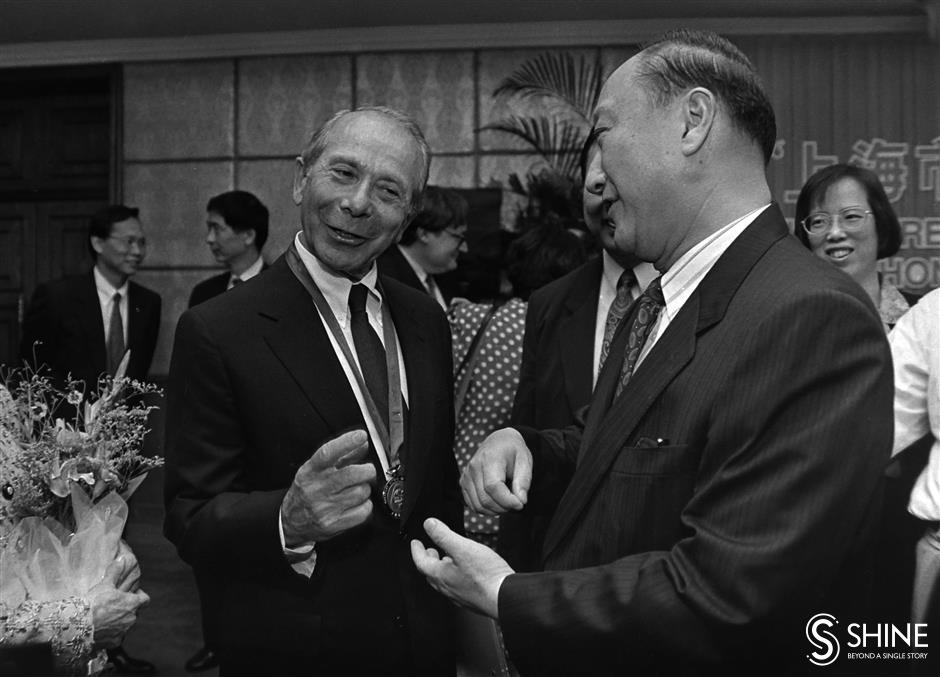 Linda Tsao Yang, 93, was born in Shanghai and went on to an illustrious career in United States banking. She was awarded honorary citizenship in 2016 for her work in the cleanup of Suzhou Creek and for her efforts in promoting friendly relations between Shanghai and California.

“I could not help shedding tears of joy and gratitude when I heard that the government and people of my birthplace were giving me such a high honor, 70 years after I left the city to study and then live in the US,” said Yang, chairwoman emeritus of the Hong Kong-based Asian Corporate Governance Association.

She left Shanghai in 1946 to study banking and international finance at Columbia University in New York. After graduation, she stayed and worked in banking in the US.

When she returned to Shanghai in the mid-1980s and early 1990s, she visited Suzhou Creek and saw a downtown waterway that was smelly and choked by garbage and waste.

Yang was named US ambassador and executive director of the board of the Asian Development Bank in Manila from 1993 to 1999. During her tenure, she helped arrange US$300 million in funding for the Suzhou Creek environmental treatment project.

Yang called it an important undertaking because of the positive impact it would have on millions of people in Shanghai.

Suzhou Creek today wends through a hub of culture-related studios and businesses, with museums and greenbelts.

In addition to her duties as a banker, Yang is a long-time member and a former director of the Committee of 100, which is dedicated to promoting relations between the US and China.

She is a frequent speaker on matters related to the economic and social development of China and has promoted closer ties between public and private sectors to boost international finance and trade. 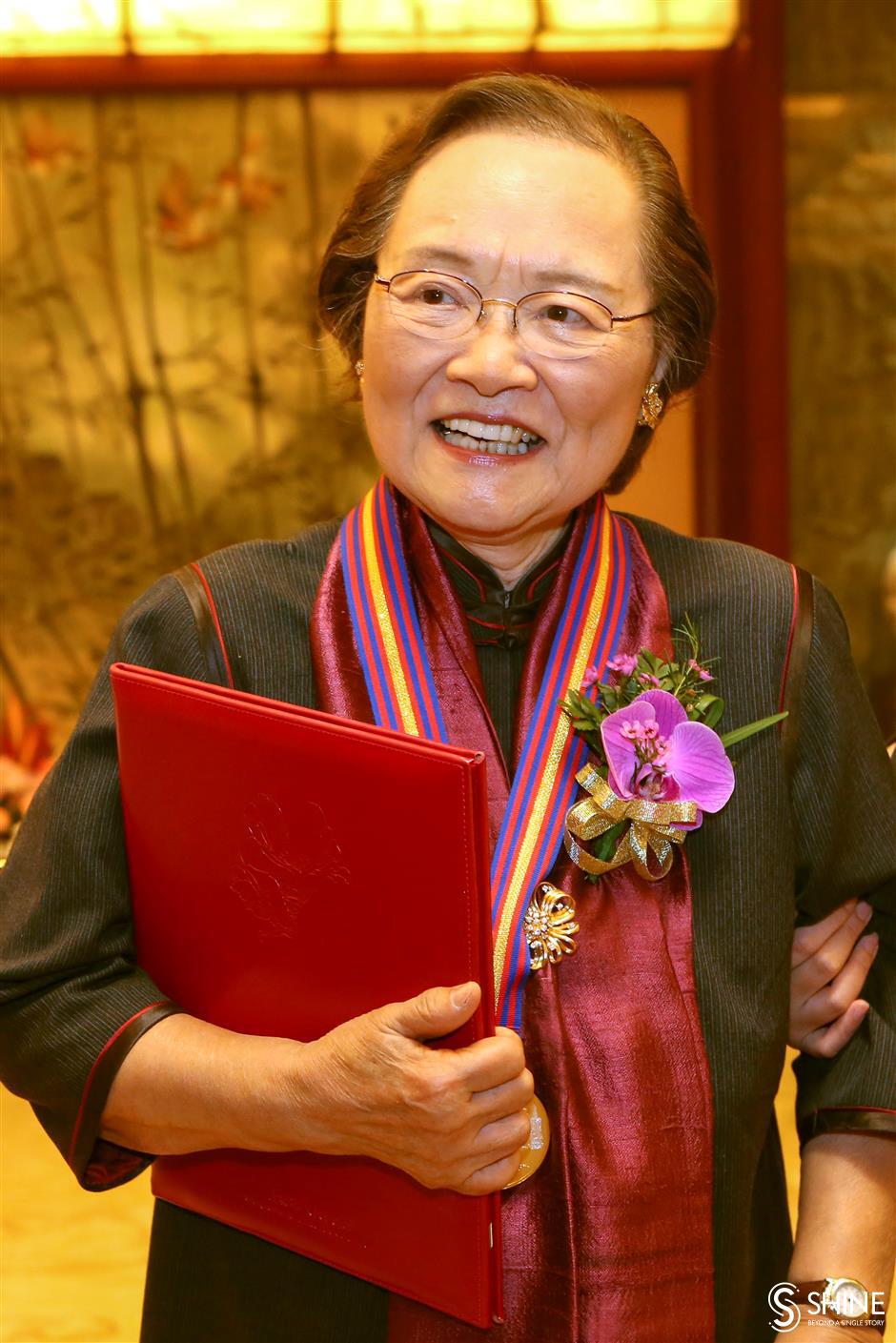 Linda Tsao Yang was born in Shanghai and awarded honorary citizenship in 2016, 70 years after she left the city to study and then live in the US.