Rail travel to peak at end of holiday 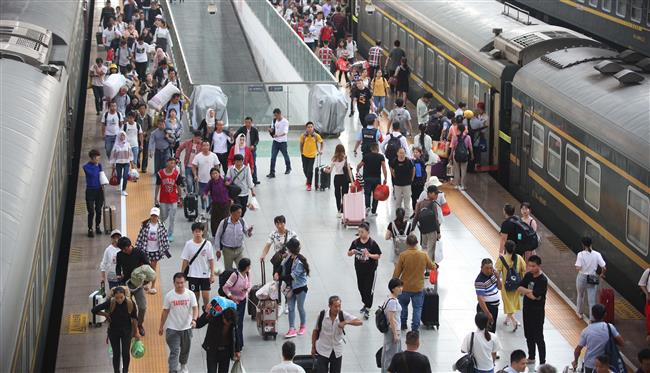 Some 2.78 million passengers in the Yangtze River Delta region are expected to travel by train on Sunday.

To handle the crowd, the authority has laid on extra long-distance trains heading to popular destinations like Beijing, Wuhan, Nanchang and Zhengzhou. Capacity within the delta region has also been increased.

According to the authority, the delta’s railway system has carried 21 million passengers in the past eight days, a 6.8 percent increase compared to the same period last year. Around 3 million are expected on Monday.