The establishment of diplomatic relations between China and Solomon Islands benefits the two peoples and conforms to the trend of the times, Li told his guest. “We highly appreciate the correct decision, strategic vision and political courage of your government,” he added, noting that the prime minister’s visit to China and the successful meeting with President Xi Jinping and Premier Li Keqiang will definitely open up a brighter and nicer future for the development of bilateral relations.

China is willing to push forward the friendly cooperation between the two countries, giving full play to local advantages and functions under the framework of pragmatic cooperation and exchanges in various fields, Li said. “We will make positive contributions to promoting the development of bilateral relations and enhancing the well-being of the two peoples.”

On Wednesday, President Xi said during a meeting with Sogavare at the Diaoyutai State Guesthouse in Beijing that the establishment of diplomatic ties between China and the Solomon Islands on the basis of the one-China principle conforms to the trend of the times and benefits the two peoples. 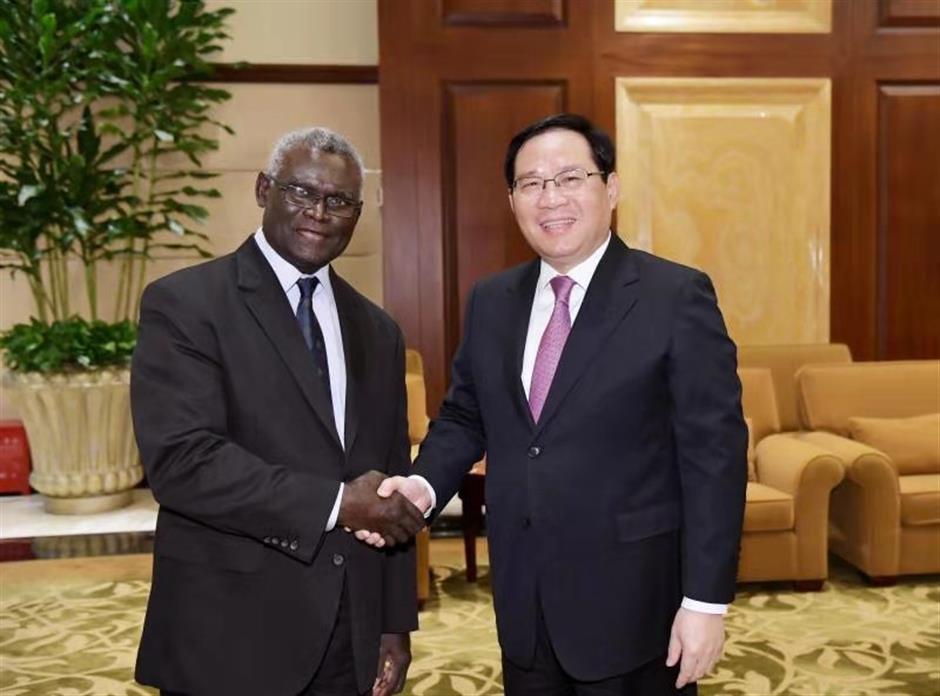