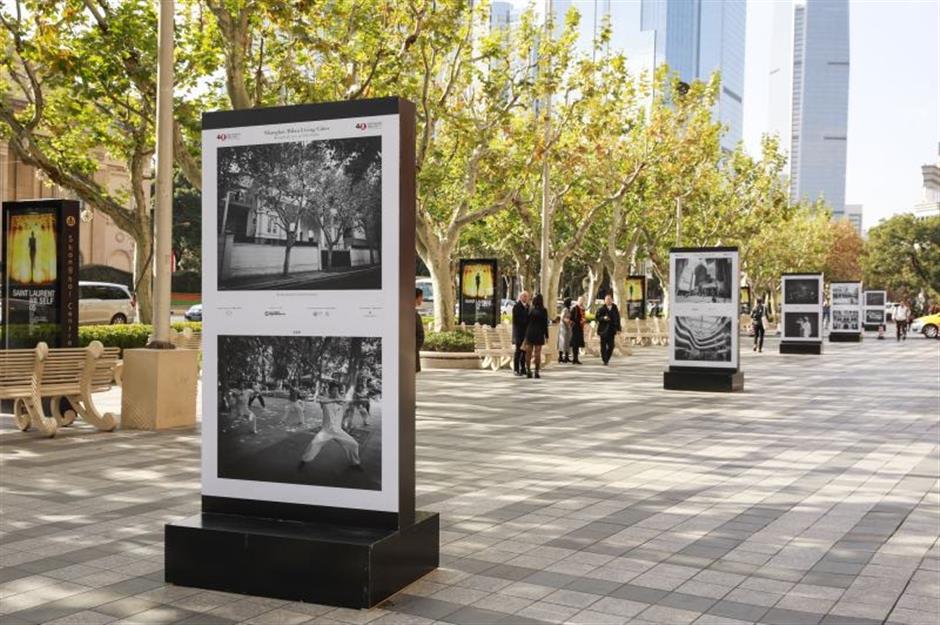 The photos were all taken by Italian photographer Aldo Fallai, who has worked with renowned Italian designer Giorgio Armani for decades.

The exhibition will run through December 5 on the sidewalk of Nanjing Road W., just in front of the Shanghai Centre. It's part of a series of events held in the district to celebrate the 40-year relationship between Shanghai and Milan.

Among their similarities. Milan and Shanghai are both fashion hubs with trendy lifestyles.

“Jing’an plays an important role in the Sino-Italian cooperation. Italy is Jing’an’s No. 1 partner in cross-border trading. The Milan Furniture Fair has been held in Jing’an for years,” said Zhang Jun, deputy director of Jing’an.

On Wednesday night, the second gala night organized in cooperation with Montenapoleone, the Italian luxury street in Milan, was held at Bvlgari Hotel Shanghai in Jing’an.

Also, at the event, a special fashion foundation, under the Shanghai Charity Foundation, was set up to support sustainable fashion business in China and Italy. 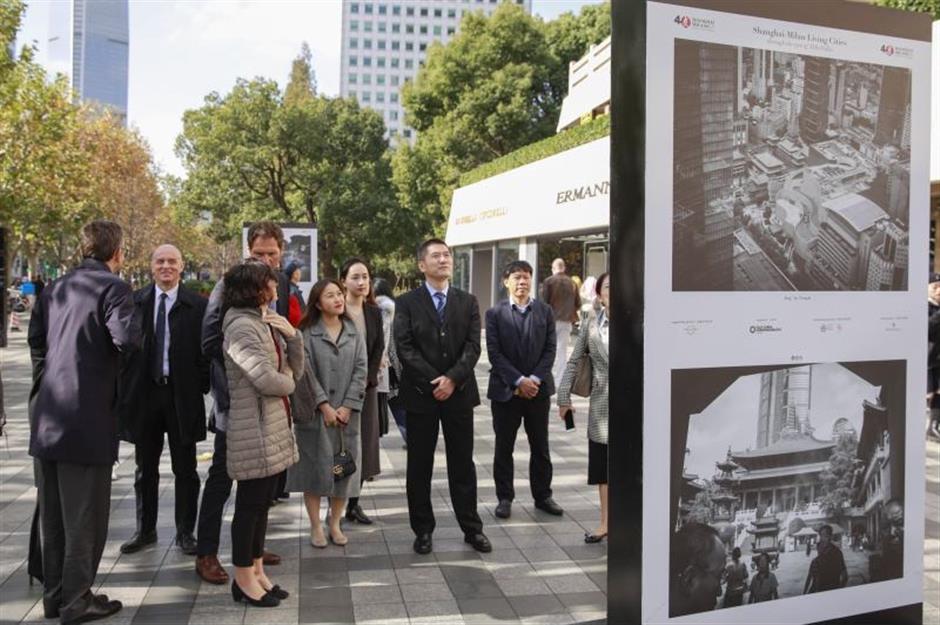