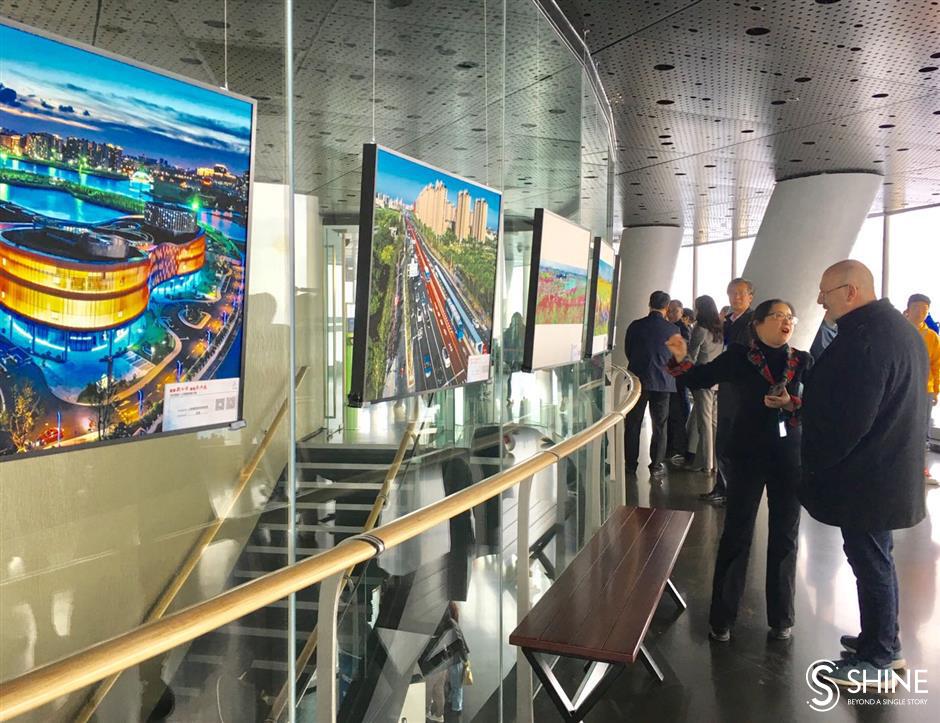 Visitors on the 119th floor of Shanghai Tower enjoy an exhibition of photographs depicting urban development and cultural life in Fengxian District.

A photo exhibition opened on the 119th floor of Shanghai Tower on Friday on urban development and cultural life in the city's southern outskirts.

The exhibition runs to December 11 after which it will move to popular commercial sites in the district.

Rapid economic development of the southern district is also shown, including the latest development of Oriental Beauty Valley, a business district aiming to be on par with France’s Cosmetic Valley in Eure-et-Loir and Loiret and Japan’s Saito Life Science Park in Osaka.

Some photos recall major international events hosted in Fengxian this year. They include the Motocross World Championship, motorcycling's Formula One, which was held in China for the first time in Fengxian, as well as the Yangtze River Delta Open of International Classic Cars in September.

The district is striving to become the central hub for the world’s cosmetics and health industries, while preserving its authentic agricultural and rural lifestyle, the district government said. 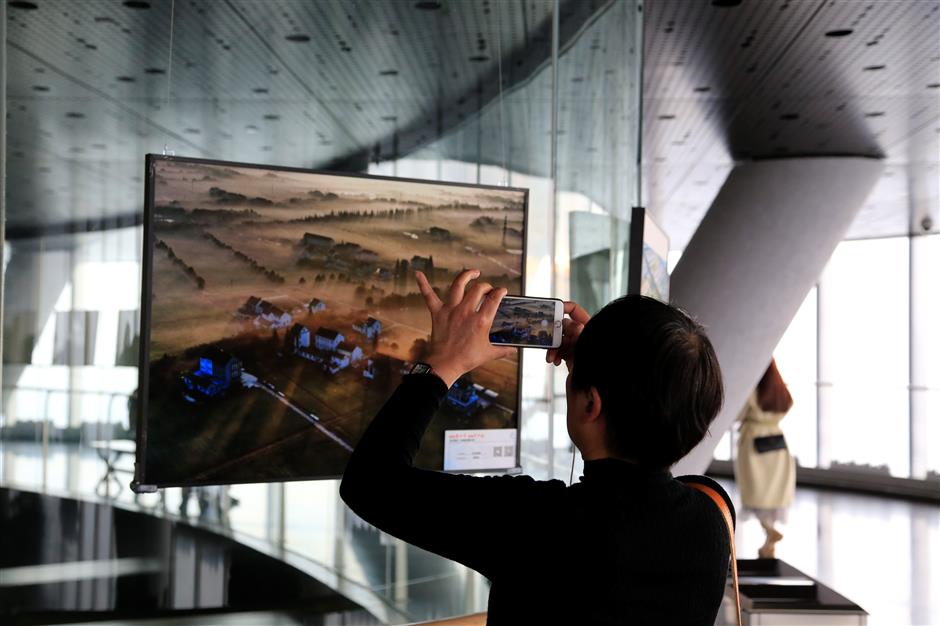 A visitor takes photo of a village scene in Fengxian District. 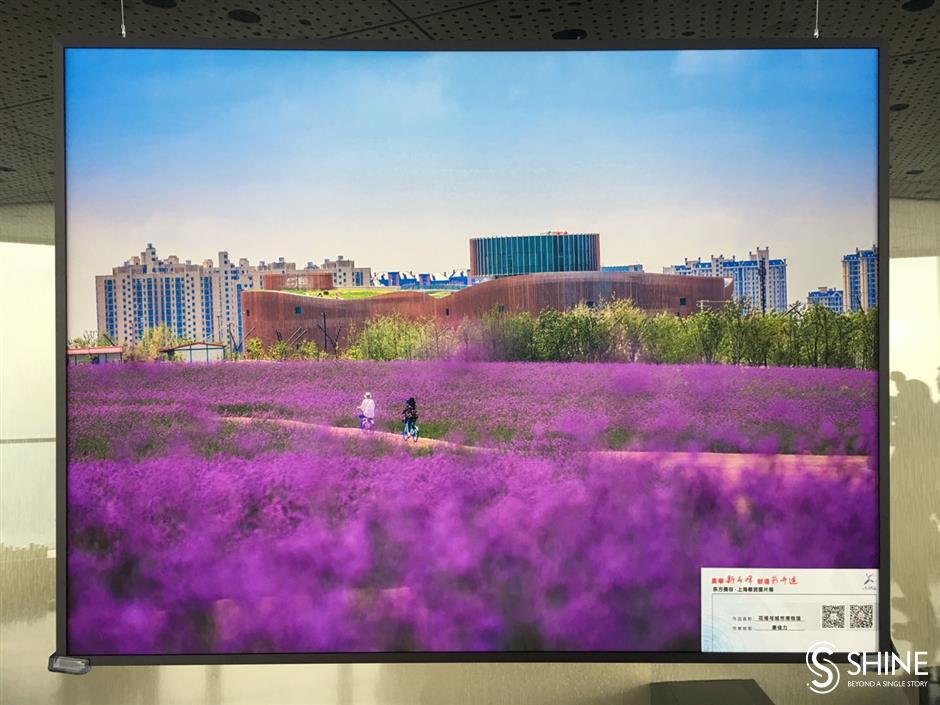 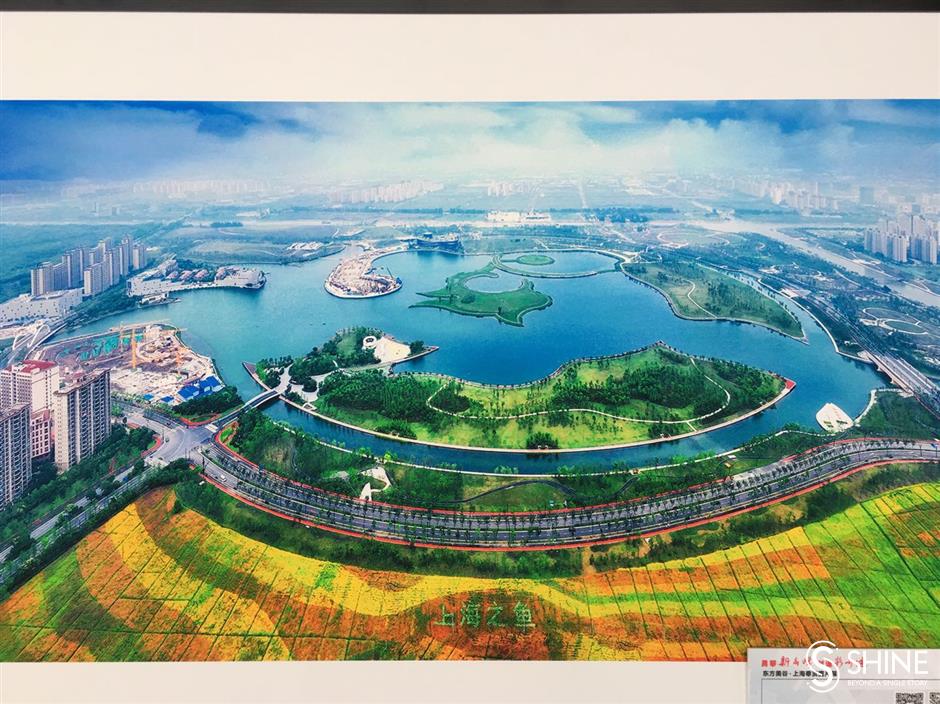 One of the photographs shows a bird's eye view of Jinhai Lake.