Walkathon pays tribute to the dead 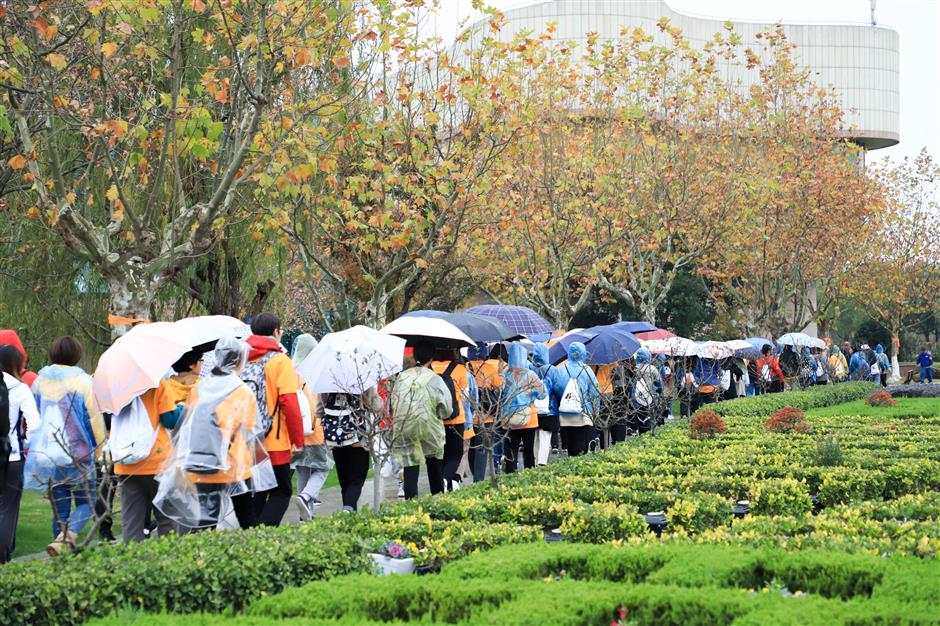 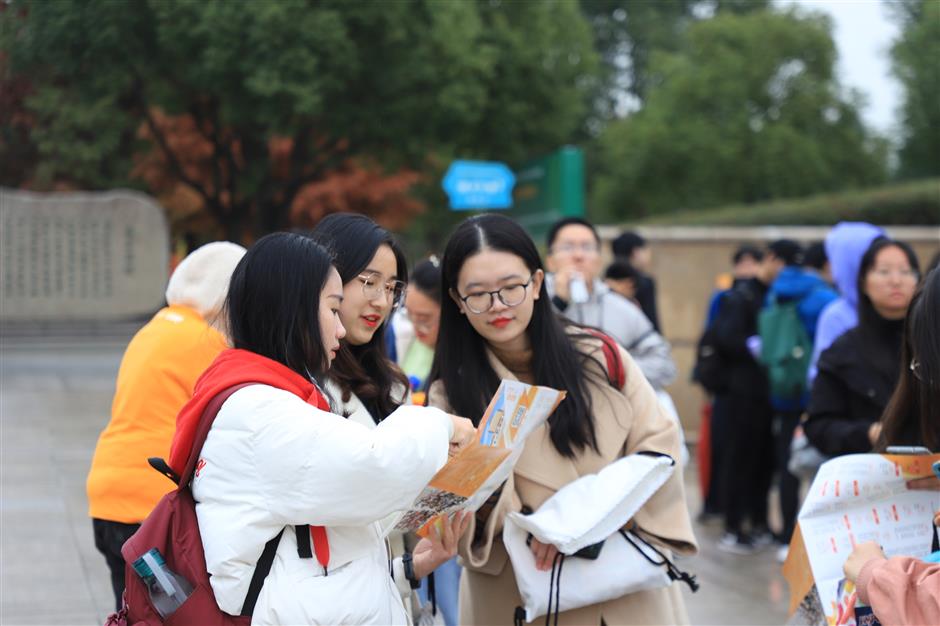 A group of participants learn about tasks during the walk.

About 800 people participated in a 12-kilometer walk entitled "For lifecare, charity silence walkathon" from the Fushouyuan Cemetery in Qingpu District despite rain on Saturday to explore the meaning of life ahead of dongzhi, or the winter solstice (a day for for tomb-sweeping), falling on December 22 this year.

The event in its third year took walkers to the New Fourth Army square, the Shanghai organ donors' monument, the Shanghai Humanism Memorial Museum, the statue of Chen Wangdao (1891-1977), the first person to translate the "Communist Manifesto" into Chinese, and the memorial park of the Shanghai Cancer Recovery Club, all inside the cemetery. 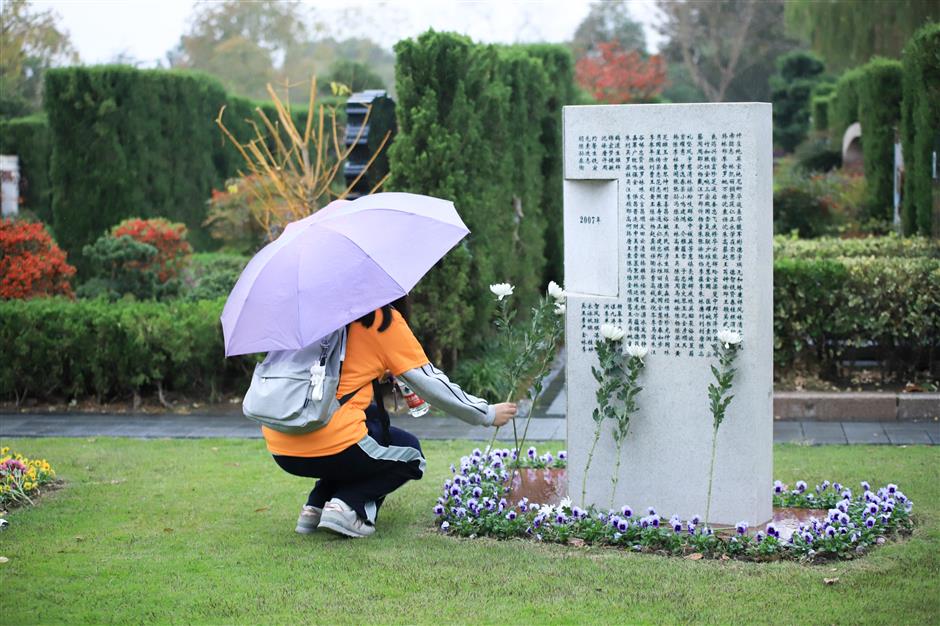 A walker lays flower at the Shanghai organ donors' monument, paying tribute to the deceased.

Participants also passed Shanghai Chenshan Botanical Garden and Sheshan Forest Park and the terminal was at the Yuehu Sculpture Park.

During the walk, they accomplished a number of interactive tasks related with life and devotion, and wrote down their unexpressed wishes and unspoken words to their beloved ones.

"It slows down the pace of life and allows me to think about the meaning of life and future," said Gloria Yang, a university student participant. 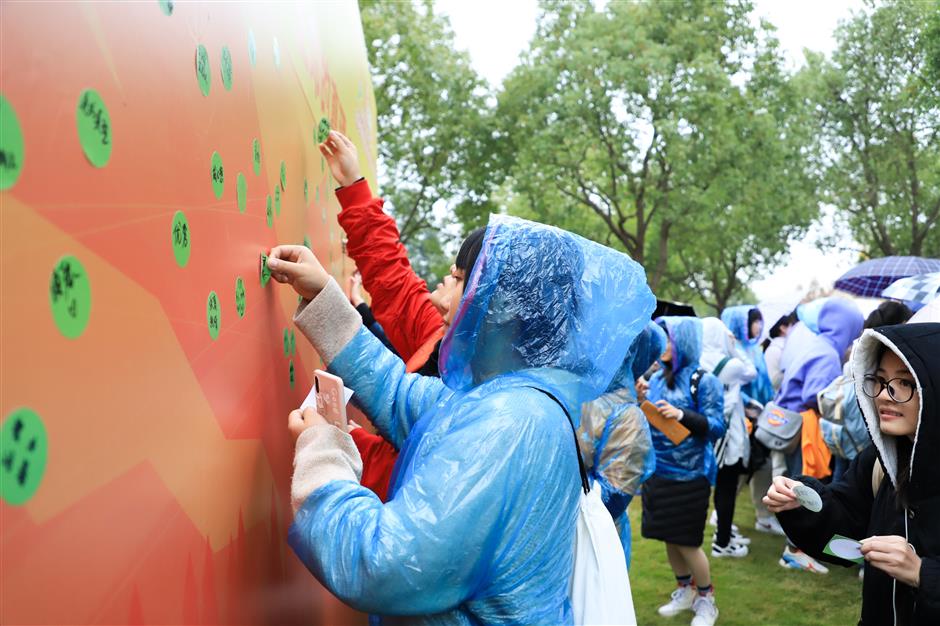 Participants put their wishes for life on a wall.