Art festival kicks off at Sinan Mansions with light, food 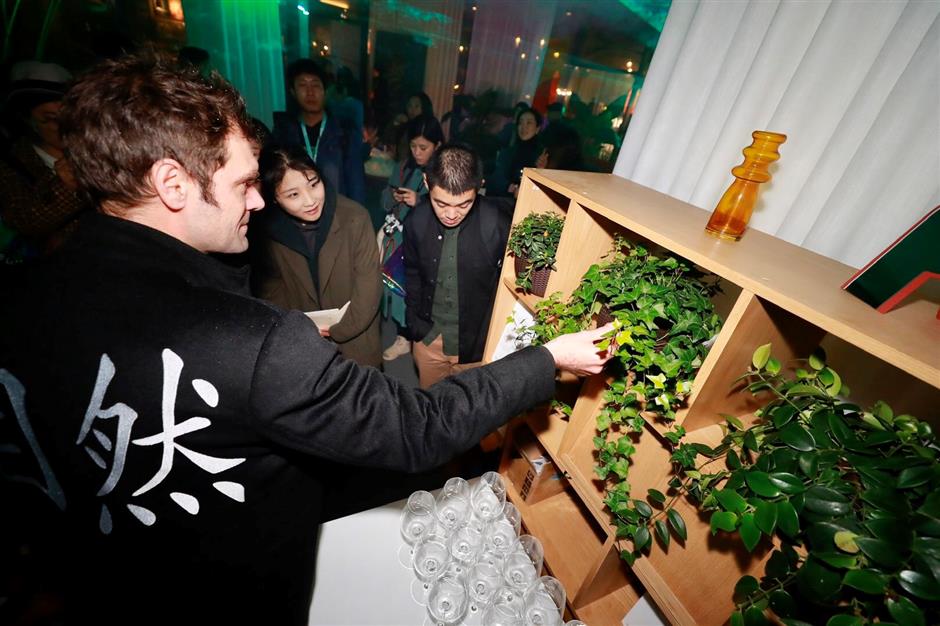 A foreign artist displays his art installation to visitors at the SInan Mansions during the SINAN Modern Age Season IV.

An art festival featuring a high-tech lighting show and cultural events was launched at the historical Sinan Mansions over the weekend as part of the effort to boost the city's nightlife economy.

The SINAN Modern Age Season IV, themed on "Exploring the Modern Future," invites the public to explore the future boundaries of art at the mansions and to experience the future functions of urban public spaces, according to the organizer.

The event will take a further step to look into the relationships between the modern city of Shanghai, public art and its citizens while exploring lifestyles of future cities, the organizer said.

As a highlight, the interactive “Sinan Lighting Art Exhibition” will illuminate the historical villas of the mansions in downtown Huangpu District every night through January 12, 2020.

Ten teams of light and shadow artists from across the world created 10 new media art installations. They include two sets of world-class artworks making their debut in Asia. Another four installations were customized for the public space at the mansions.

An installation named “BUBBLE MAGICIAN” at the Meditation Square is created by China’s new prominent lighting artists Liu Yang and Yang Lu. Many bubbles will be illuminated when visitors blow air towards the installation. 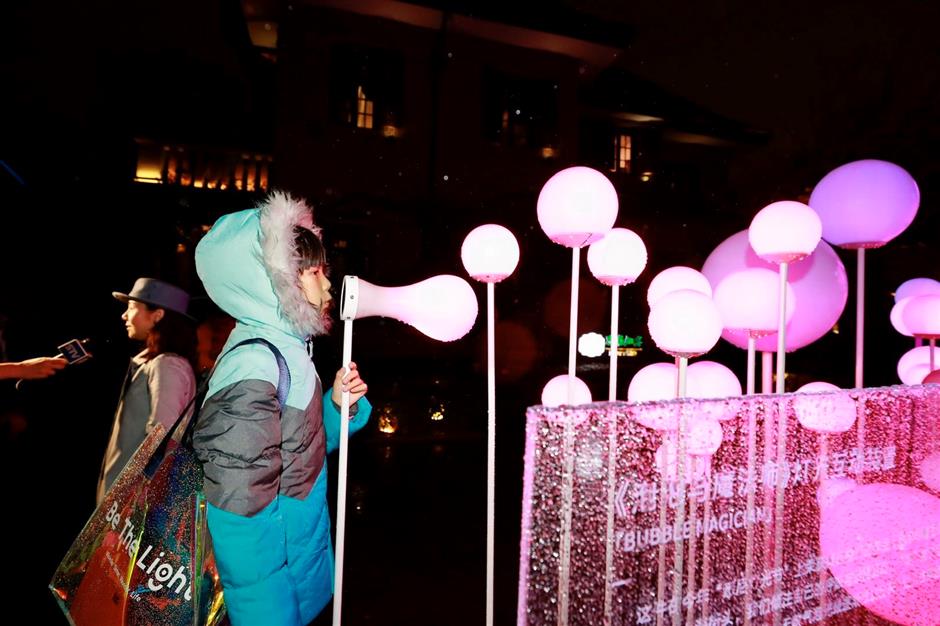 A visitor interacts with the art installation named “BUBBLE MAGICIAN” at Sinan Mansions. 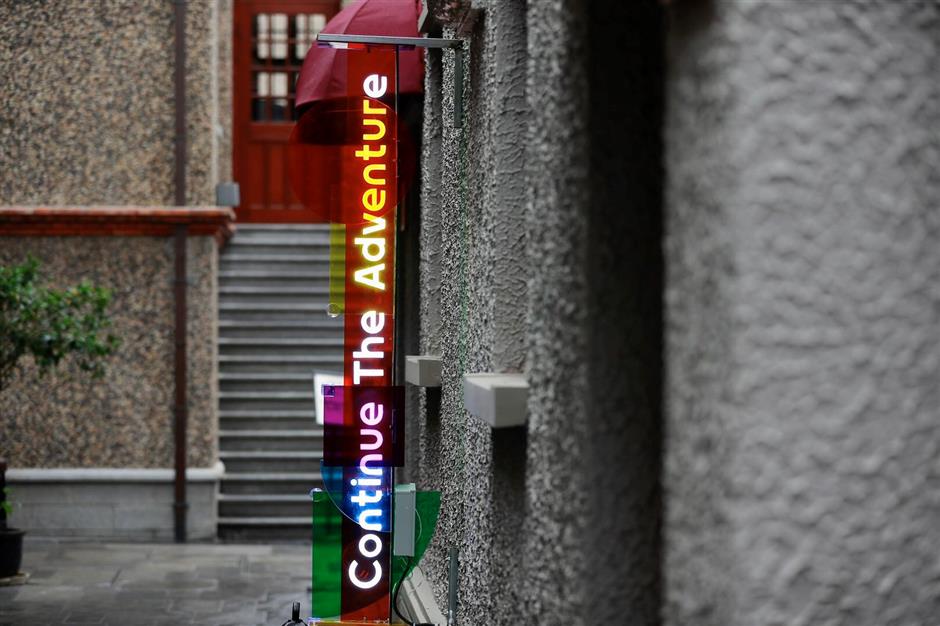 An art installation at the historical villas of SInan Mansions.

Shrooms from Australian artist Simone Chua and MOON by Daniel Iregui from Canada made their Asian debut on the festival.

The installation MOON depicts the surface of the moon with smokes and lights. When the audience enter the space of this work, they will hear the sounds collected by astronauts from the moon.

The festival this year also features a stored old western-style restaurants in Shanghai, where diners can experience the classic dishes such as borscht, fried pork chop, malted milk and bulk-shaped cream cake. The dishes combining the western and local flavors were once popular among locals about a century ago.

Another attraction, the “Sinan Living Room” displays the history and stories behind the mansions with interactive events such as a photo workshop.

The mansions, the only wholly preserved historical garden villa complex downtown, include over 50 historic villas in various styles. Many were former residences of celebrities such as poet Liu Yazi (1887-1958) and Peking Opera master Mei Lanfang (1894-1961). Some of these spaces have been converted into hotels, cafes, restaurants and shops.

The festival to attract visitors mainly at night is part of the ongoing campaign for Shanghai to revive its nightlife after shutting down noisy late-night bars and eateries over the past few years in response to residents’ complaints. The revival is part of the city government's efforts to become an international shopping destination. 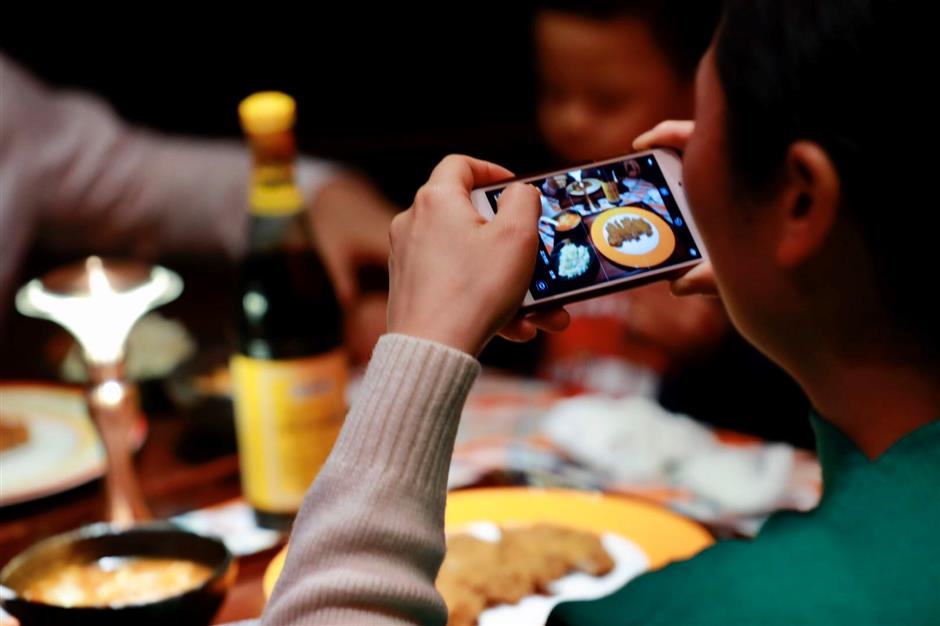 A diner takes picture on a fried pork chop at a classic Shanghai western-style restaurant.