The companies looking to grow from Shanghai base 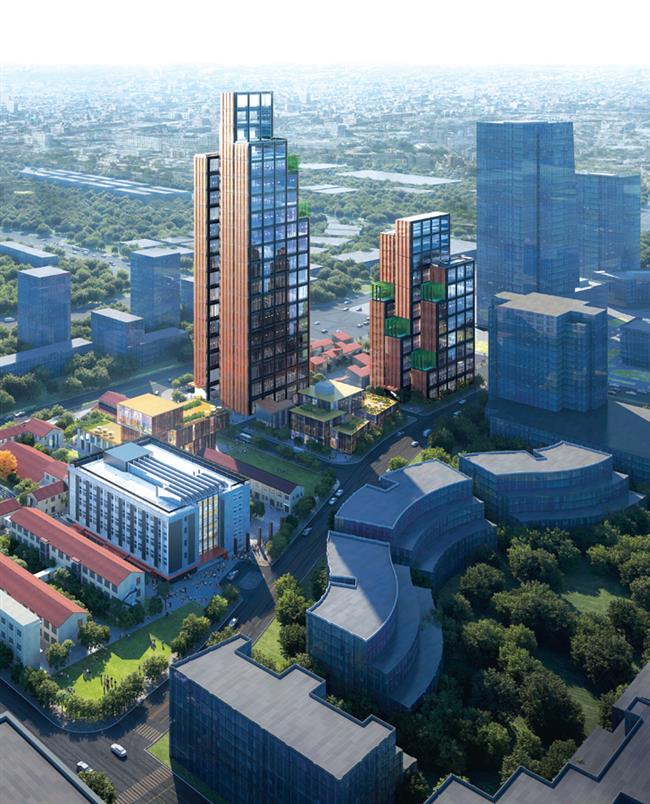 Trendlines, the world’s famous Israeli incubator that focuses on the fields of medical and agrifood technology, is among the first cluster of enterprises to make a base at the China-Israel Innovation Hub (Shanghai) in Putuo District. Todd Dollinger, chairman & CEO of the company, has just celebrated both the founding of the company’s local branch and the birth of his granddaughter in Tel Aviv.

Several weeks before his first visit to China in 1987, his youngest daughter was born. During his visit to Putuo last month, his daughter gave birth to present him with a granddaughter. “While my family has grown and succeeded, so has our relationship with China. We will continue to create and develop together,” Dollinger said.

The Trendlines Group’s mission is to create and develop companies to improve the human condition. It invests in the life sciences, specifically in medical device and agritech and food technologies.

The innovation investors of the group are now searching for suitable needs in their fields and invent or acquire the technology to build businesses, the founder of the company said. As a latest agritech project under cooperation with Chinese investors and partners, a recirculation aquaculture system has been developed to save over 90 percent of water and largely increase an economic benefit for farmers.

Last year, the incubator started 10 new companies. Since the establishment of the group in 2007, more than 90 companies have been launched in Israel and Singapore.

“The importance of Shanghai in world commerce is clear to all. As we continue to build our business in China, Shanghai is an obvious location for The Trendlines Group,” said Dollinger. Dollinger says Shanghai boasts abundant medical equipment and leading medical teams, while provides a favorable environment for innovation in the medical field. “Putuo’s commitment to relationship building has impressed us since we first began discussing cooperation,” Dollinger said.

“We see much that we can achieve together in building up Israeli, Singaporean, and Chinese companies,” he added. Dollinger says the company’s success has been built upon successful partnering — with multi-national corporations, inventors, entrepreneurs, universities and research institutions, investors and now the Shanghai and Putuo governments.

After retiring as director of the University of Haifa in Israel, David Faraggi, 64, decided to become an entrepreneur in Shanghai. His startup health project, the Shanghai-Haifa Data Coordinating Center, is one of the first companies at the ChinaIsrael Innovation Hub. The center was launched in Putuo District on Sunday.

The center led by Faraggi, a joint effort between the East China Normal University and the Haifa university, will employ bio-statisticians, computer scientists and data managers from both nations.

“We’ve got a lot of support from the Shanghai government, including generous allowances to run the project,” said Faraggi. He said the city government is providing not only the physical facilities, but also legal, financial and marketing support. Faraggi’s center, based on the innovative eMODUS (electronic management of data universal system) platform, is expected to fill a shortfall in Shanghai’s clinical trial date services.

Faraggi expects a great market potential amid the rapid development of China’s domestic biopharmaceutical sectors. “Now we are looking for partners to engage in the market and start using the platform to provide services,” Faraggi said.

Ami Dror is the founder and CEO of LeapLearner, a Shanghai-based education technology company. He was the former head of security for Israeli Prime Minister Benjamin Netanyahu and a diplomat in Israel’s Ministry of Foreign Affairs.

Founded three years ago, his company was China’s first startup firm jointly established by Israeli and Chinese people. The company currently has 150 employees and offers online courses to children on computer programming and innovative thinking.

“Hopefully, the company will grow rapidly to have over 1,000 employees with tens of thousands of children not only taking our remote lessons about coding but also learning the Israeli principles of innovation and critical thinking,” Dror said.

“I like to solve problems and I usually start enterprises that can solve these problems. Of course, many of them failed,” said Dror, who loves to run in his leisure time. “Passion creates time and I can run companies all around the world only because of one thing — passion.”

XPAND 3D, Dror’s first company in 2005, developed 3D technology for cinema and home entertainment and was a great success. The motivation was simple, said Dror — he loved movies and wanted the cinema to be a little better.

Later he set up a medical devices company, Amblyz, in 2014 to help children with amblyopia, because he found a better method of treatment that would make kids happier. About three years ago, he came to Shanghai with his wife, Noa, and their three kids and started to build LeapLearner, to teach children from 6 to 18 the art of computational thinking from the comfort of their homes, or via the online LeapLearner learning centers.

Dror believes that coding is the language of artificial intelligence and should be learned by everyone in the 21st century if they don’t want to be eventually replaced by AI.