A jogger runs on the Putuo section of the Suzhou Creek greenway.

Shanghai added more than 200 kilometers of new greenways this year, bringing the total length in the city to 881 kilometers, Shanghai's greenery authorities announced on Monday.

Greenways are paths meant for leisure and exercise amidst trees, flowers, water and other natural resources. These include paths in gardens and forests, as well as along rivers and roads, according to the bureau.

"Foliage and flowering plants were added to the newly-built greenways to enrich the city's local color," said Wang Benyao, deputy director of the technical guidance department of the Shanghai Greenery Management Station.

Recent projects include the Putuo and Changning sections of the Suzhou Creek greenway, the Guangyue Road greenway in Hongkou District, and Huangxing Park greenway in Yangpu District.

The new paths also have amenities such as benches, vending machines and toilets. They are illuminated when night falls.

The paths also make use of existing parks, forests, wetlands, historic areas, villages and residential blocks. They feature walking, jogging and cycling tracks and have become popular with residents and tourists, the bureau said.

The Putuo section of the Suzhou Creek greenway is currently 4.6 kilometers, stretching from Changhua Road to the Wuning Road Bridge.

It features foliage trees such as ginkgo, Chinese tallow and beech, as well as cherry blossom, crape myrtle and plantain lily.

These plants were carefully selected to create a beautiful riverfront landscape and plants that obstruct river views have been trimmed, said Gong Xinlai, an official with the greenery construction department of the Putuo District Greenery and Public Sanitation Bureau.

"There were many breaks along the greenway in the past because of old factories and residential buildings. It took years to get them connected," said Gong.

Putuo contains 21 kilometers of the Suzhou Creek greenway, which has a total length of 42 kilometers stretching across six districts.

During construction, signs and sculptures were added to illustrate the area's history, said Gong.

"For example, Baocheng Bay, near the Baocheng Bridge, along the greenway once had the largest number of cotton mills in Shanghai," he said.

The rest of the Suzhou Creek greenway is scheduled to open to the public by the end of 2020.

"I visit here almost everyday with my 5-year-old granddaughter, when the weather permits," said Zhu Xinmin, a resident in her 60s who lives next to the greenway.

"The air quality is good and the environment is very pleasant," she said. "In the past, the place was blocked and there was no way to enter."

"I like taking a stroll here when I have time with my 5-month daughter," said another resident, Liu Yueyue, who lives nearby. "The environment has changed significantly, as the place was dirty and disorderly in the past." 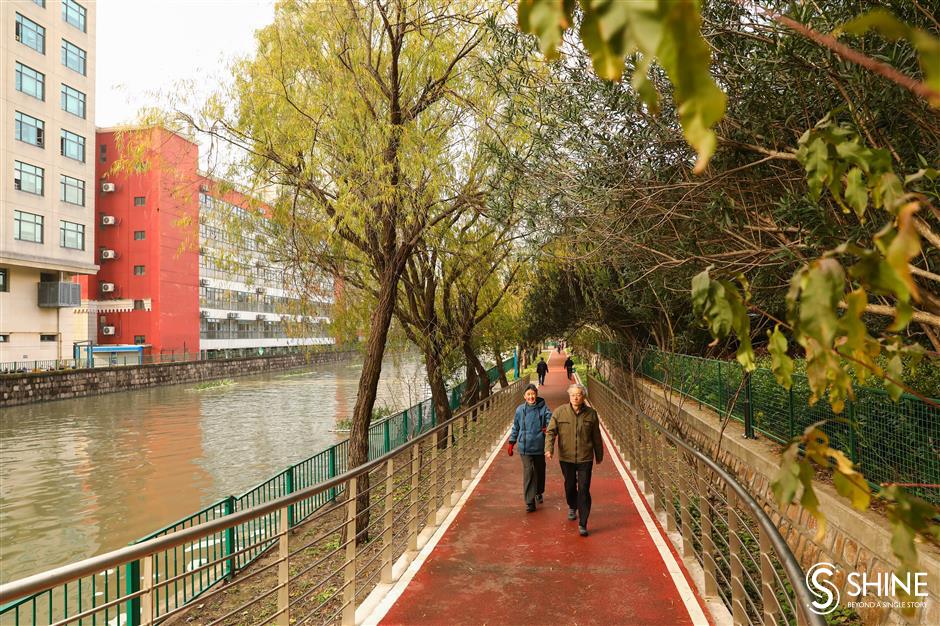 People take a stroll on the Huangxing Park greenway.

The Huangxing Park greenway in Yangpu District is 2.5 kilometers long. It opened to the public in April.

Lying along the Huangxing Park, it is one of the only two annular greenways in the city.

Original plants like willow and camphor trees have been maintained, and it has been newly planted with foliage plants such as maple and Chinese violet cress, said landscape and garden designer Zhang Xinyan.

"It is popular among residents, as many do morning exercises under trees," said Zhang. 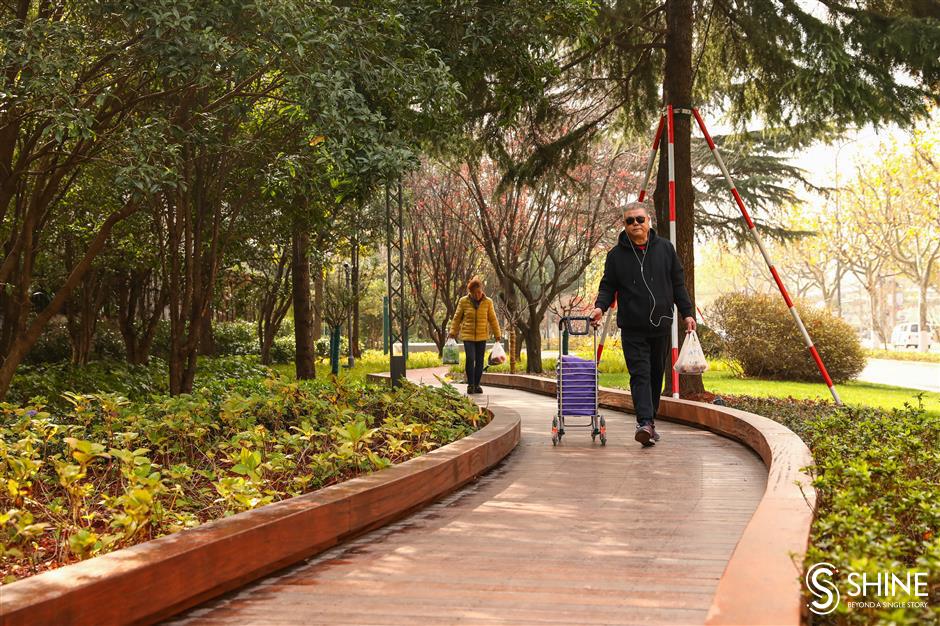 Residents take a stroll on the Guangyue Road greenway.

The Guangyue Road greenway in Hongkou District opened to the public in late October.

The 2-kilometer greenway connects eight "pocket parks" such as the Blue Memory Garden and Zhou Garden, both of which are filled with colorful flowers.

"These parks provide a rest and activity space for joggers and walkers," said Huang Ling, an official with the Hongkou District Greenery Management Affairs Center.

In the past, the greenway was a forest belt and was not open to the public, she said. Some sections of the greenway are wood tracks.

The Changning section of the Outer Ring Road greenway is planted with red maple, ginkgo, soapberry and Chinese tallow tree, as well as some 40 varieties of plants, ensuring an all-season landscape, the bureau said.

They play a major role in creating a genuine urban ecosystem and increasing biodiversity, the bureau said. 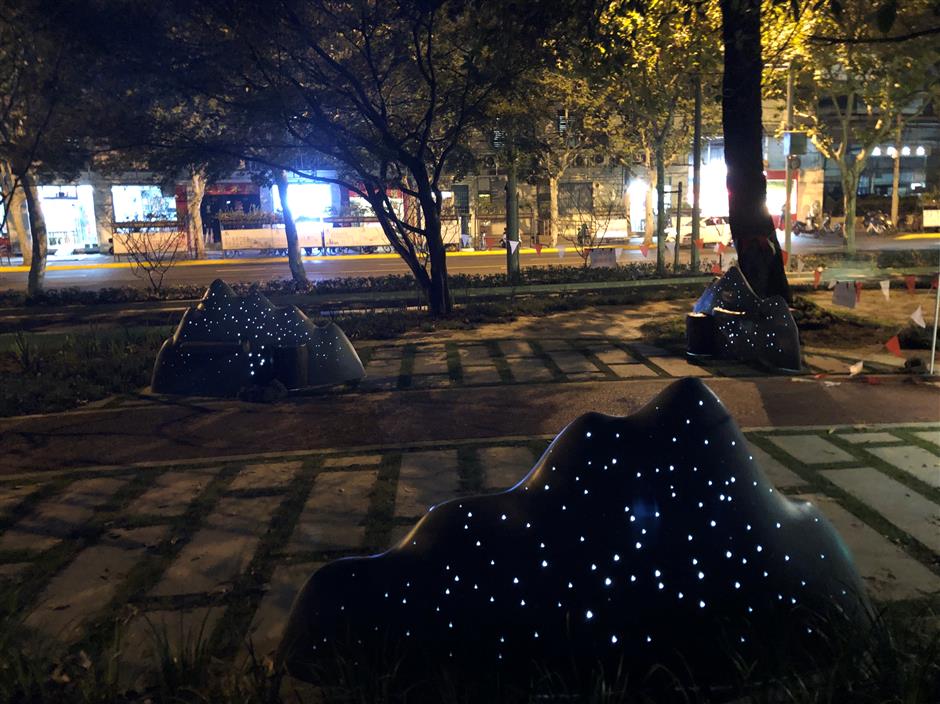 The Guangyue Road greenway is illuminated at night.