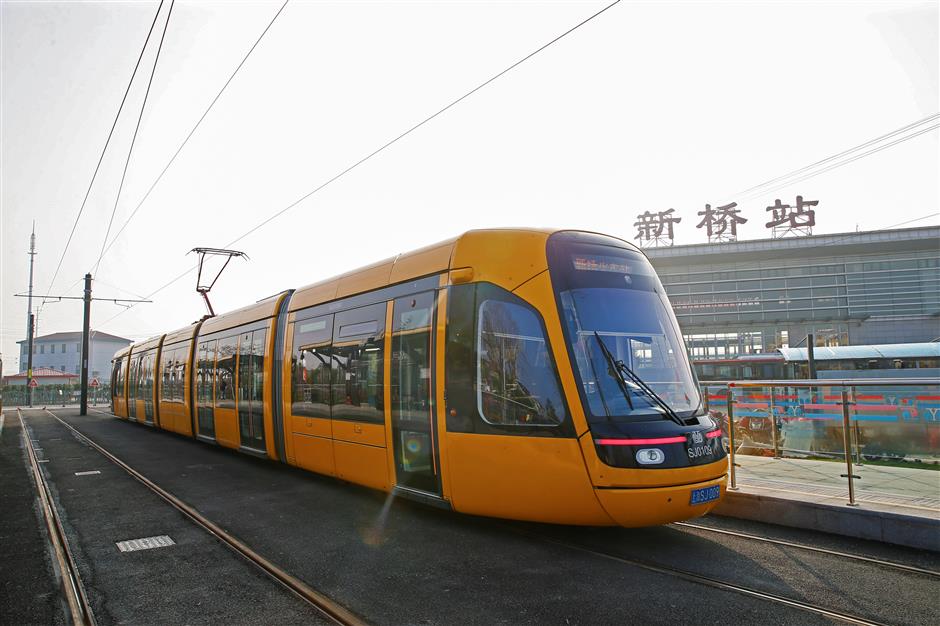 The interchange schedule of the tram line is linked to that of the railway line, with the earliest tram arriving ahead of the railway schedule and the last leaving after the final train pulls in.

“We did an assessment on the passenger flow of the extended line and also inquired about traffic data from the Jinshan Railway sub-line. Passenger flow is estimated to be larger around Songjiang Economic Development Zone, Xinqiao Town and Xinqiao Railway Station,” said Dai Bin, manager of the Shanghai Keolis Public Transport Operation Management Co project.

The waiting interval of Tram Line T1 has been adjusted to about 20 minutes, and will be further adjusted according to passenger flow, Dai said.