Locals give a warm welcome for the New Year

People from all walks of life in Songjiang celebrated the New Year in their own different ways as the first day of 2020 ushered them into a new year with warm wintry sunshine.

About 4,800 tourists registered for the annual climbing event at Sheshan Hill this year. From as early as 7am, participants began to gather at the starting line in Shanghai Happy Valley.

One hour and a half later, as a trumpet blared, the climbers, each wearing a red competition vest, jogged for 2.3 kilometers to reach the east entrance of Sheshan National Forest Park and began their ascent of the hill.

They climbed 368 steps and then reached a watchtower on the hill. On a blessing wall set up near the tower people wrote their signatures and wishes for the year ahead.

“Each step we ascended higher from signifies a better new year waiting ahead of us. We hope 2020 will bring us a more prosperous country and a more fulfilled life,” said Li Baocheng, a 66-year-old tourist.

The annual climbing event at Sheshan Hill is celebrating its 14th anniversary. This year’s event saw 2,615 Shanghai residents and 2,185 tourists from out of town taking part.

The number of visitors from the Yangtze River Delta region recorded an 8 percent increase. 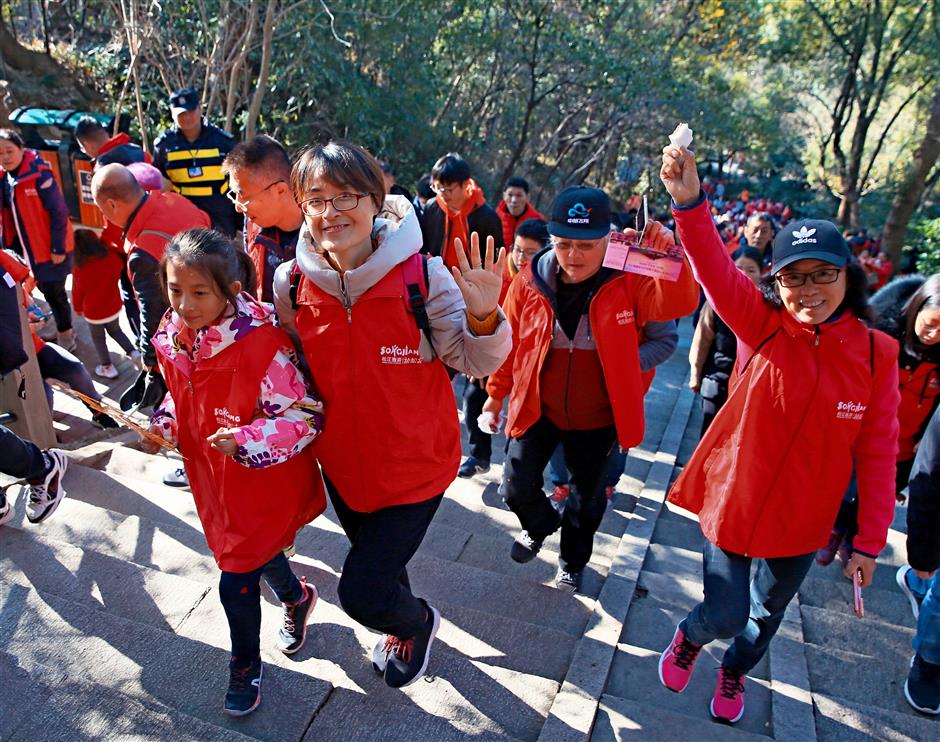 Tang Caiying, a resident who lives in Songjiang old town, took part in the running challenge for the first time, along with her 5-year-old twin daughters. 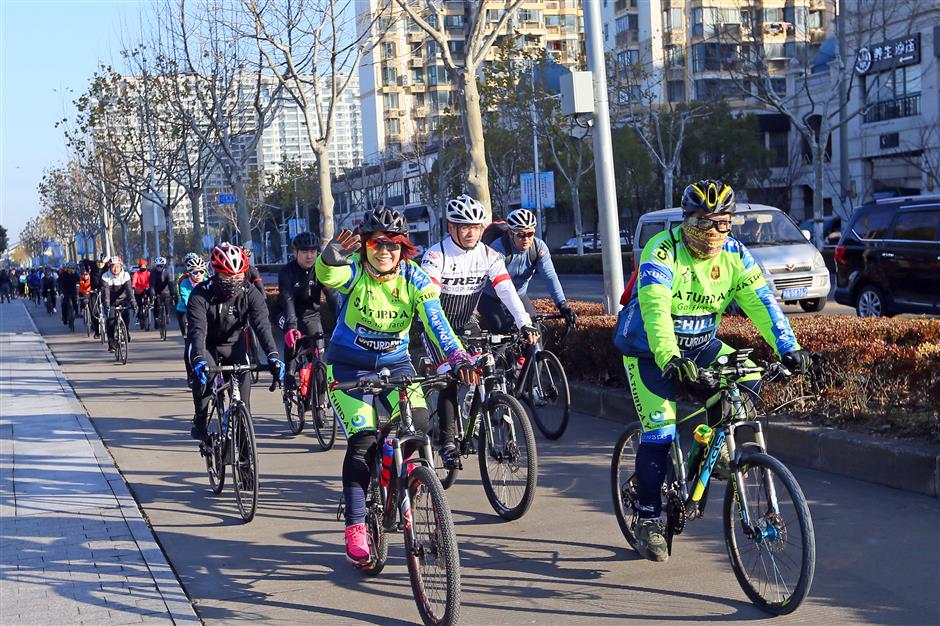 People cycle in northwest Songjiang to celebrate the New Year. 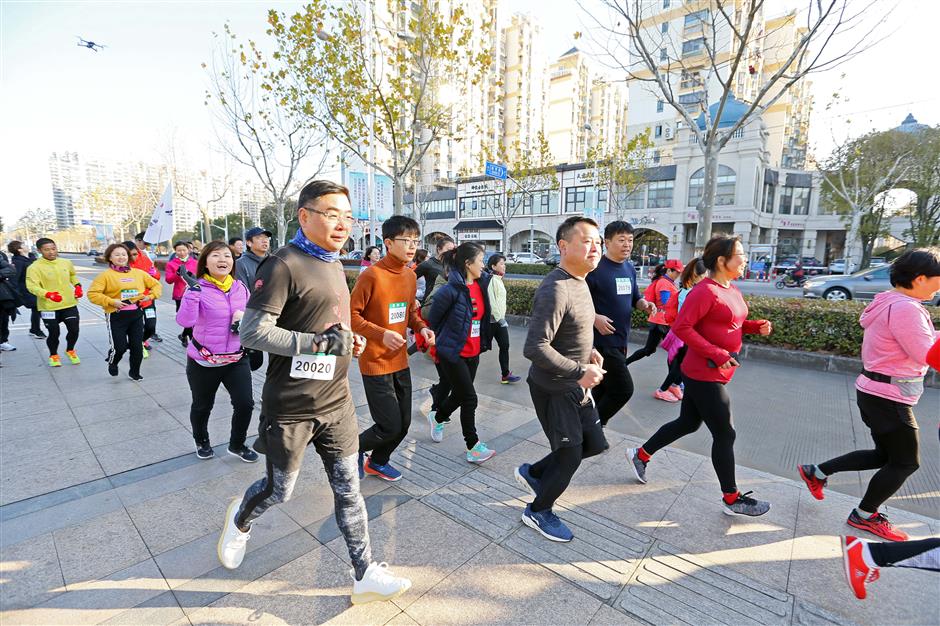 People join a runnin event to celebrate the New Year.

At Xilin Temple, monks and volunteers dished up more than 3,000 bowls of hot Laba porridge to the public from 4:30am. Additional bowls of porridge were also sent to the elderly in nursing homes in the district.

Laba refers to the eighth day of the 12th month of the lunar calendar. The festival has been celebrated for some 1,500 years. The Laba Festival is also an important event in Buddhism, marking the enlightenment day of the Buddha.

Temples offer porridge to the public to commemorate the Buddha and deliver his blessings. According to traditional Chinese customs, eating Laba congee is meant to bring abundance and a good harvest.

As Laba falls in the last lunar month, it serves as a prelude to the Lunar New Year, which will start on January 25 this year. The recipe for congee varies, but the traditional dish usually contains grain, dried lotus seeds, longan, gingko, dried red dates and other ingredients. 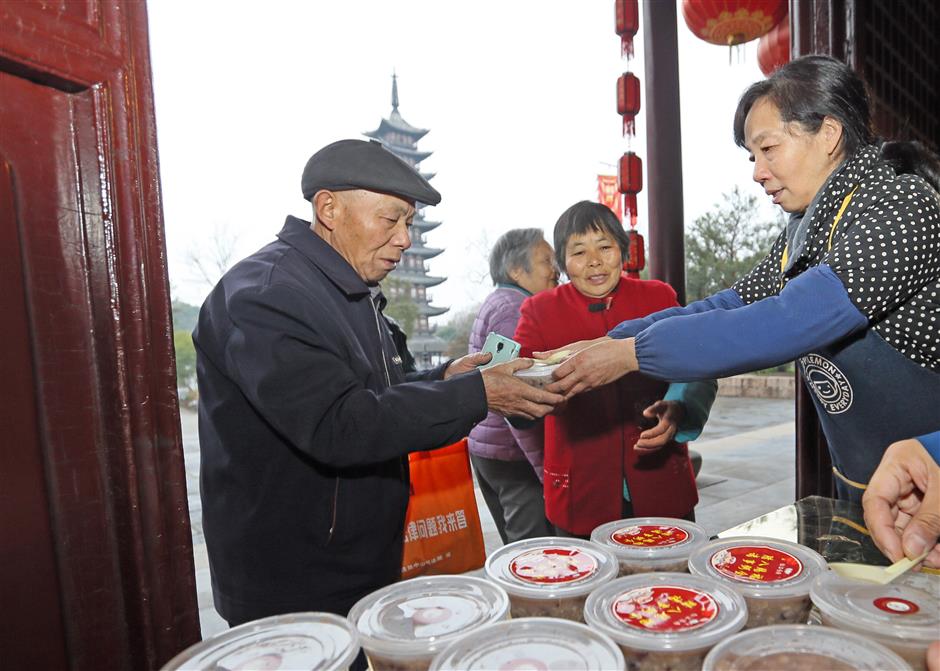 Musical theater graduates of SIVA-DeTao Advanced Class at Shanghai Institute of Visual Arts performed four rounds of the musical “Butterflies” for a total audience of 4,000 people from December 29 to January 1.

“Actors and actresses of the youth version of ‘Butterflies’ are my students. Their youth and vigor bestows the musical a new interpretation,” said Li Dun, producer of the play. 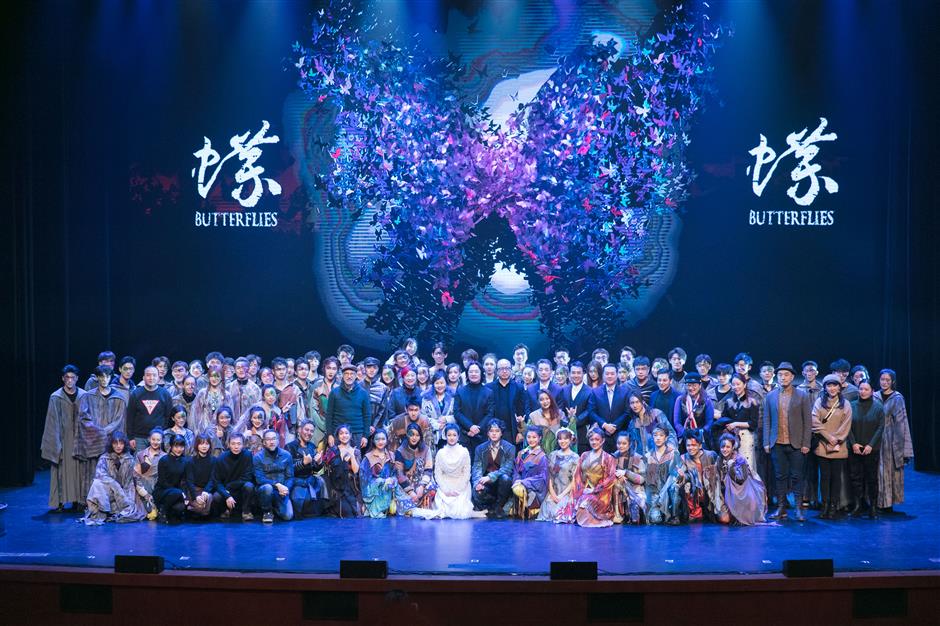 Musical theater graduates of SIVA-DeTao Advanced Class at Shanghai Institute of Visual Arts performed four rounds of the musical “Butterflies” for a total audience of 4,000 people from December 29 to January 1.