About 4,800 people welcomed 2020 by participating in a running event in Jing’an.

Wang Junxia, an Olympic champ who won a gold medal in the 5,000meter event in the Atlanta Games in 1996, led the pack, starting from Jing’an Park.

Some runners finished the 5-kilometer race, which ended near the Shanghai Railway Station, while others went on to complete 10 kilometers at Daning Park.

Runners ran past district landmarks such as Nanjing Road W., the Hengfeng Road Bridge and the Wanrong Road Tunnel. 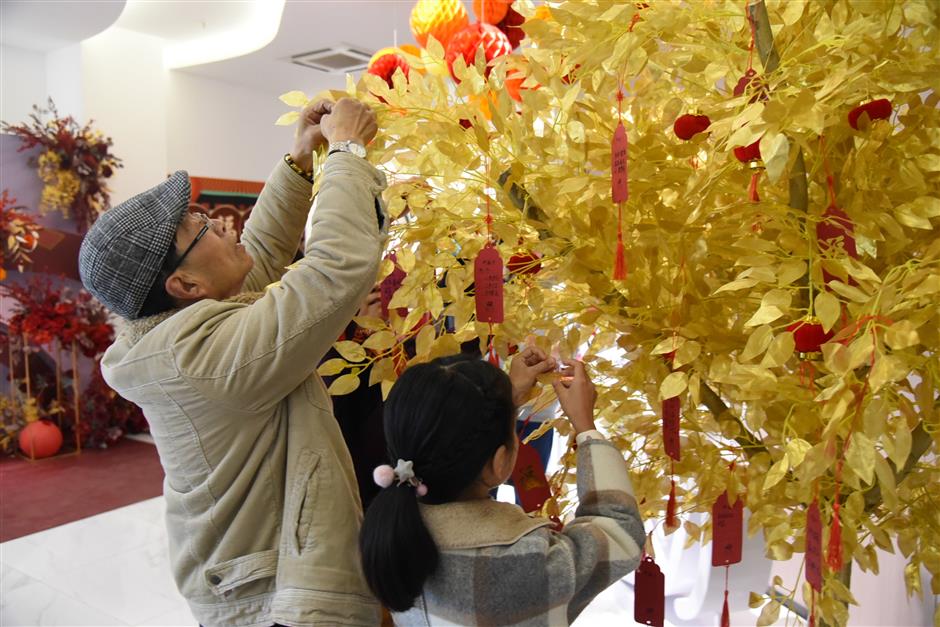 A fair with traditional fare

Residents wrote messages to hang on a “wishing tree,” a New Year tradition.

Renowned calligrapher Zhu Hongxiang wrote spring couplets for local people to hang on both sides of their home doors to usher in good wishes for the New Year. 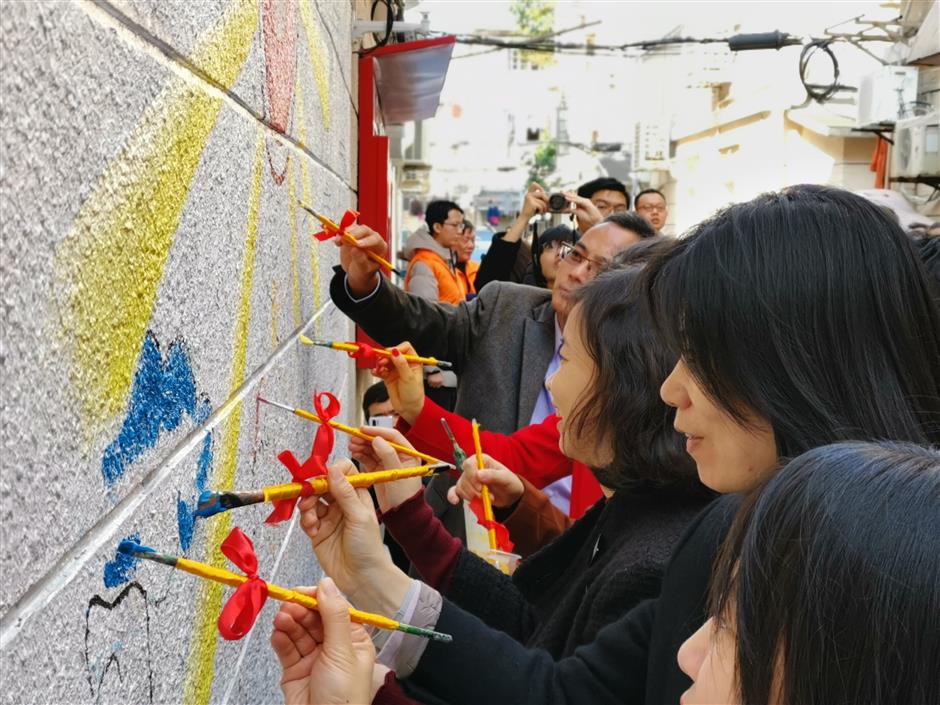 Local people and office workers have turned a plain wall at the entrance of Lane 910 on Weihai Road into a colorful, photo-taking venue.

Patterns and pictures on the wall, displaying local history and culture, were designed by students from the Shanghai YF Vocational School.

Local landmarks like the Shanghai Exhibition Center and the historical Huaye Apartment can be seen on the wall.

Jing’an held an awards ceremony to honor the top 10 cultural events of 2019.

Among the winners was “Strolling Down Suhe Bay,” an immersive historical walking tour along a 2.5-kilometer stretch of Suzhou Creek. It requires participants to don headphones on a group tour of historical sites.

Another winner was Shanghai Minsheng Art Museum, which has moved into Jing’an’s Innovation Galaxy, a former heavy industry zone turned creative complex of theater, broadcasting and media facilities. Because of the larger facilities, the museum was able to expand its exhibition of fine art fourfold. It also serves as an art branch of the Jing’an District Library.

This year, as a political adviser of the district, Tao proposed that more historical sites, including those now used as government offices, should be opened to the public. A special fund should be established and modern technologies should be applied to better preserve old buildings, he added.

“What makes Jing’an? Its modern buildings and its historical sites,” he said. 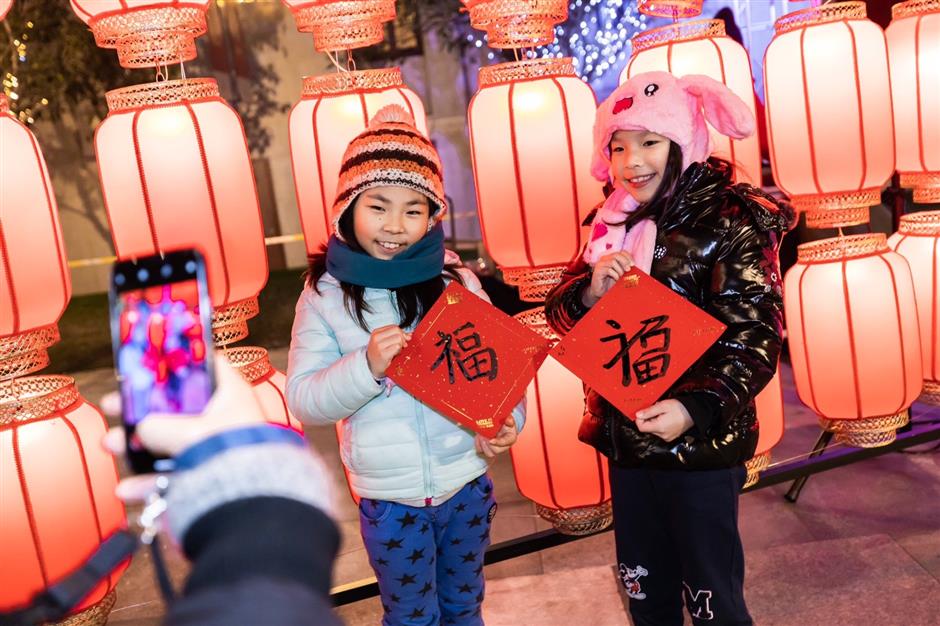 It was open every weekend from late October to mid-January, featuring games, stalls, snacks and entertainment in a buzzy neon-lit setting.

Décor at the night fair changed according to seasons and holidays. Orange blossoms gave way to Halloween pumpkins and then to artificial Christmas snow with a Santa Claus.

On the last weekend, red lanterns were hung and a Chinese New Year bazaar was held, selling traditional snacks like candy floss and sugar paintings.