A total of 6,000 face masks donated by 2017 Shanghai Magnolia Award winner Hong Won-sook are on their way to Shanghai from South Korea, the Shanghai Foreign Affairs Office said.

She told the office earlier that she would like to donate masks to the university and the hospital but needed help with transport.

The masks bought from relatives and friends didn't have receipts, which posed difficulties for delivery and customs clearance.

The office contacted Greenland Group, a real estate company that has business in South Korea, to help her.

All procedures had been completed on Tuesday and the masks will arrive in Shanghai on Thursday, according to the foreign affairs office.

“I have been living in Shanghai for 27 years, longer than the time l have lived in South Korea, so Shanghai is my second hometown,” she said. “China has overcome a lot of challenges in its long history. Hats off to all the Chinese medical staff and Chinese people for their efforts in fighting the novel coronavirus. I have confidence that China will win the battle. Go Wuhan! Go China! Go Shanghai!”

Hong said she became interested in traditional medicine after TCM therapies cured her brother’s lung cancer and her sister’s lupus.

She began studying at the Shanghai University of Traditional Chinese Medicine in the early 1990s. Two decades later, she is practicing in China, winning over Chinese patients who were initially skeptical about a foreigner's skills. In recognition of her contribution to Shanghai, the city government honored her with the Magnolia Silver Award in 2017. 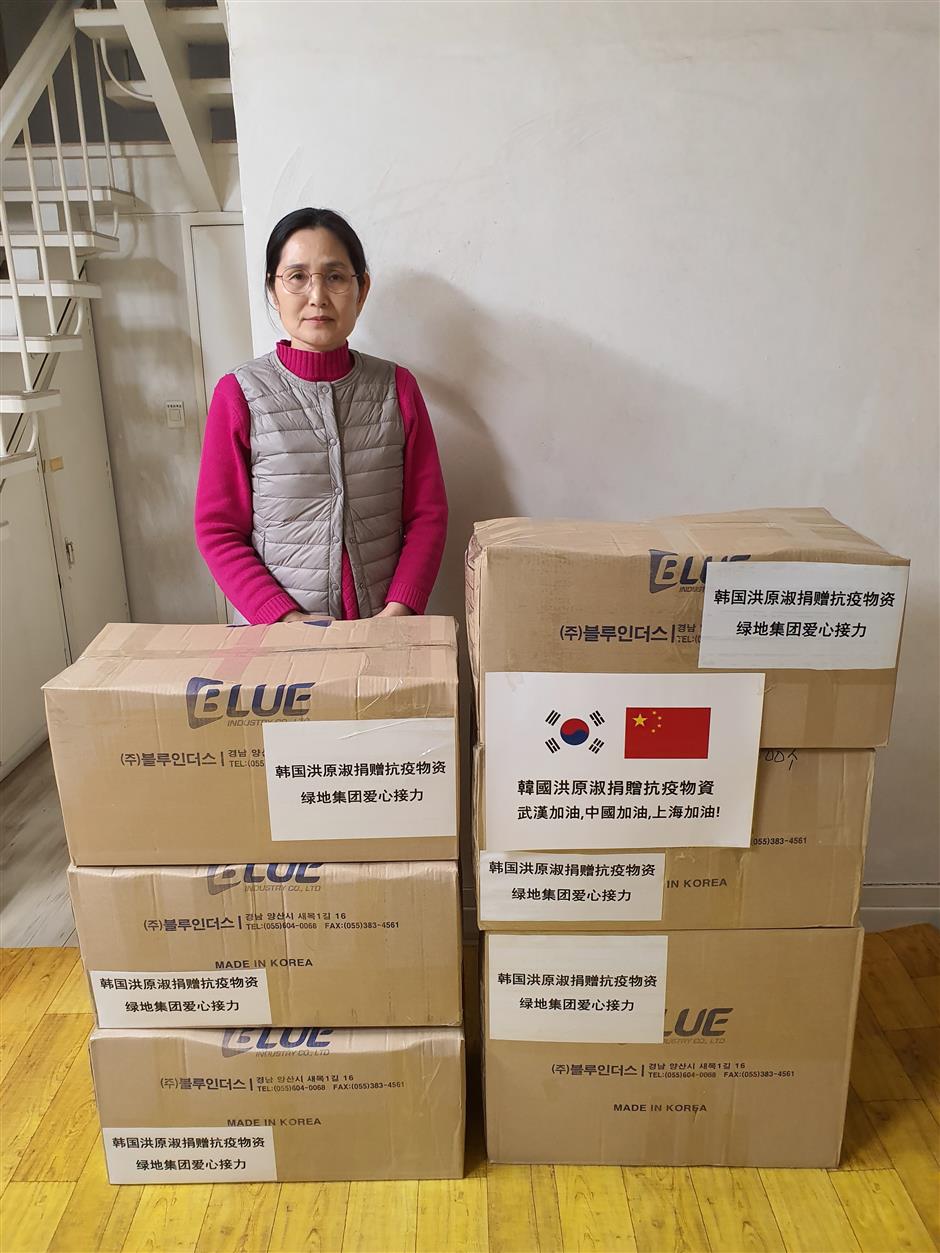