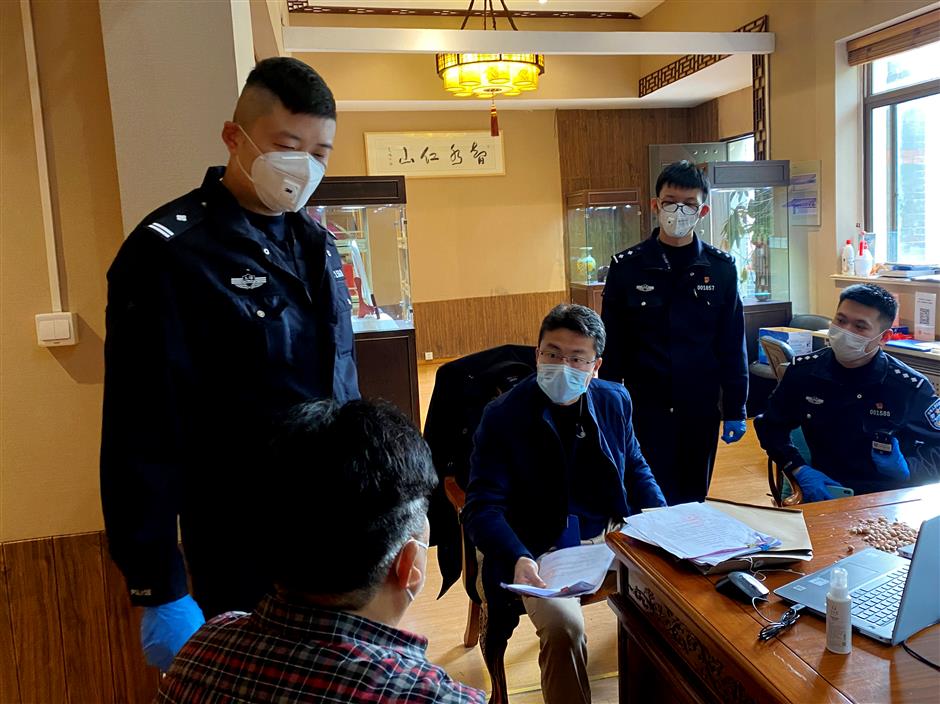 Three people who claimed to be working for a non-governmental organization related to BRICS countries have been caught for alleged fraud, Shanghai police said on Monday.

The suspects were said to have defrauded 10 companies and about 60 people out of 13 million yuan (US$1.9 million) for supplies of facial masks and handheld thermometers.

One of the suspects, a man surnamed Zhao, claimed that he was the president for China and the rotating president of a five-person organization called the “BRICS Biomedical Organization” based in Russia. He allegedly recently hired a man surnamed Pan and another man surnamed Liu, his fellow suspects, to act as secretary general and office director of the organization’s China branch.

Police said the organization has never been legally registered in China, and it has yet to be determined whether there exists such an organization in Russia.

Police caught the suspects on February 25. 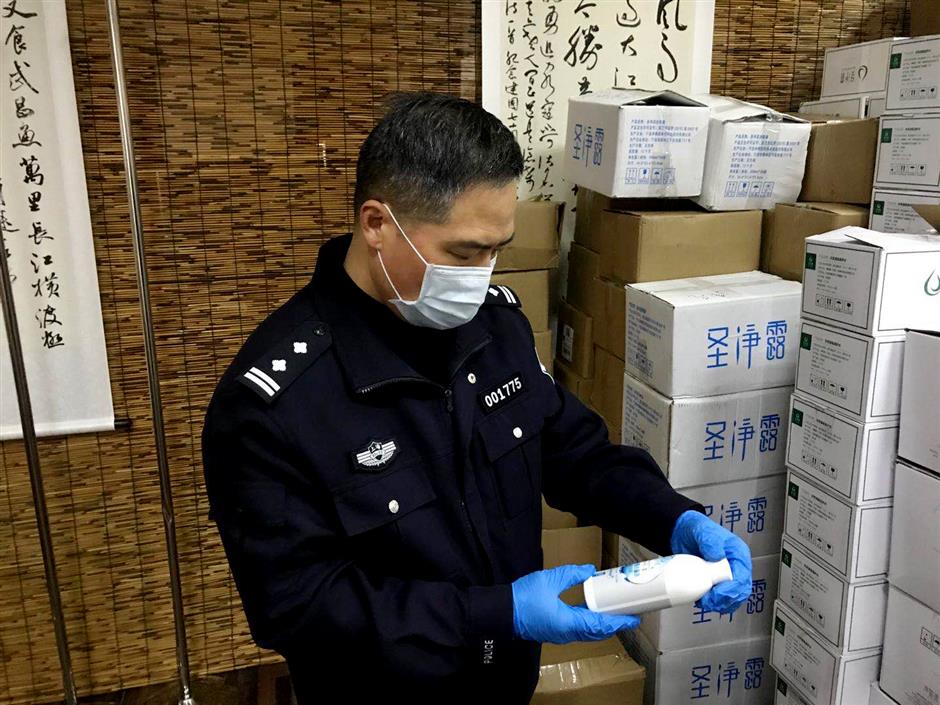 Police inspect disinfection products which the suspects claimed could kill the coronavirus. 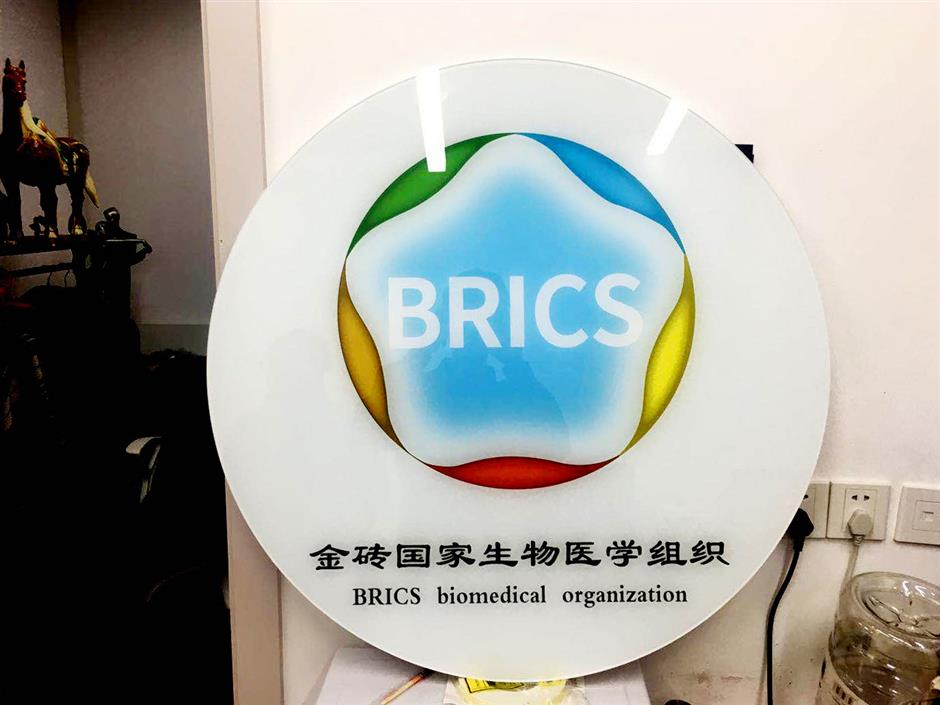