Back to Full Throttle
Edited by Zhong Youyang. 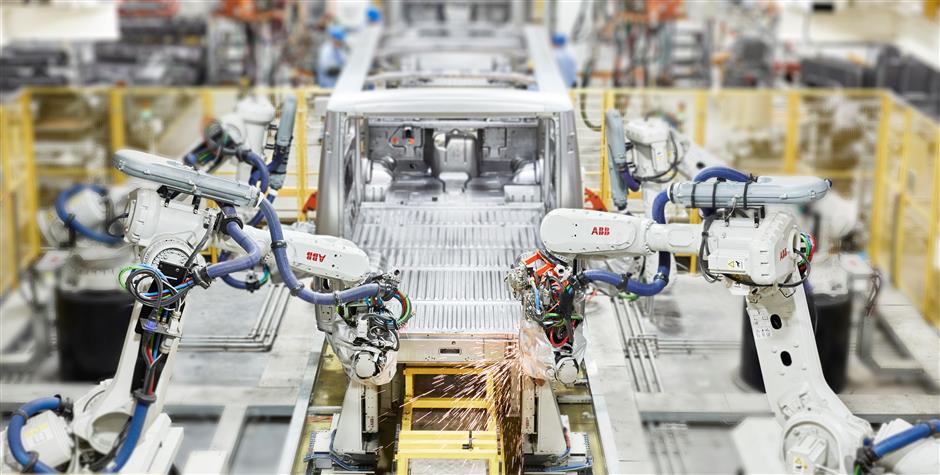 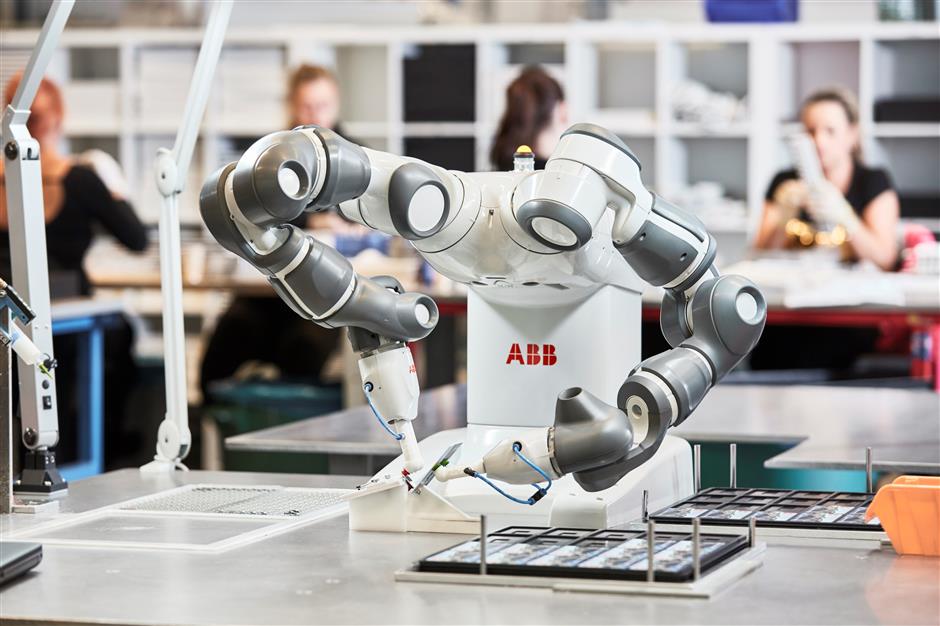 Robots will make robots in a new factory currently under construction in Shanghai.

From a foreign-invested robotics factory to a domestically made LNG vessel, industrial enterprises in the Pudong New Area are back in full swing, shrugging off concerns over uncertainty and depressed growth amid the coronavirus pandemic.

Swiss industrial giant ABB Group began construction of a US$150 million factory in Kangqiao Town last September. Covering 67,000 square meters, it is set to be the world’s most advanced, automated and flexible robotics factory — a cutting-edge center where robots make robots.

The new factory will be put into use in 2021 as planned, said Li Gang, Shanghai ABB president.

It will have a research and development center to accelerate innovation in artificial intelligence and is poised to support Shanghai’s development as a global innovation center and manufacturing base, according to Li.

“We will not put a brake on our development in China,” he said. “We are optimistic about China’s smart manufacturing market in a long term. China is a promising, growing market.”

Kangqiao is home to ABB’s global robotics headquarters and the most productive robot-manufacturing base.

Shanghai ABB Engineering Co has more than 2,300 employees in its offices and workshops in Kangqiao.

Work resumed on February 10. The company had been concerned about logistics and shortage of supplies due to lockdown measures.

When the company resumed operation, trucks carrying parts from other places were not allowed to enter Shanghai. But after the company turned to the city government special passes were issued within two days.

Another challenge was that suppliers in the Yangtze River Delta regions, had not resumed work.

Again, the city government offered help and addressed the problem within three days. 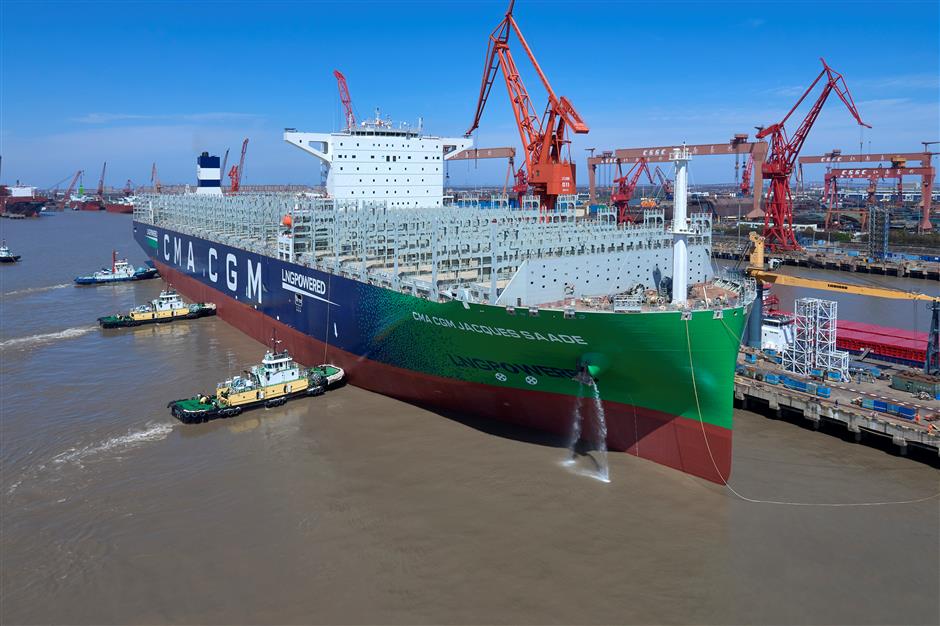 Hudong-Zhonghua Shipbuilding Group is also back in action.

During the weeklong Spring Festival holiday that started on January 24, more than 14,000 employees, nearly 70 percent of its workforce, left Shanghai to reunite with their families, with 785 of them traveling to affected areas in Hubei Province.

That was a problem as the company prepared to resume work. However, it responded quickly to ensure normal business as soon as possible. It arranged charter buses and trains to pick up migrant workers, and erected isolation accommodation for returning employees.

The company has about 240 foreign employees. At present, 126 have returned to work, 29 are in quarantine and the others are still in their home countries.

“Some of them were not cooperative at the beginning. They required good accommodation and food, and we just tried our best to meet their needs. But now, they are all following the government’s rules to stay quarantined,” said Xi Qinrong, chairman of the company’s trade union.

“To date, we haven’t confirmed cases, and nearly 96 percent of staff have returned to work. Also, we’ve received many export orders,” said Chen Jianliang, president of the company. “At present, we are not worrying about lack of personnel or orders, but overseas supplies.”

“We will not change our goals this year,” Chen said, expressing optimism about the market. The company will build 18 vessels this year and fetch 18.8 billion yuan in revenue.

“We are the only one in China able to make such a vessel,” Chen said. “This vessel will be the best of the container ships. We have to ensure to deliver it to the client in April.”

According to the Pudong’s science, technology and economy commission, 99.5 percent of Pudong’s industrial enterprises with annual main business revenue of 20 million yuan or more, have resumed production. 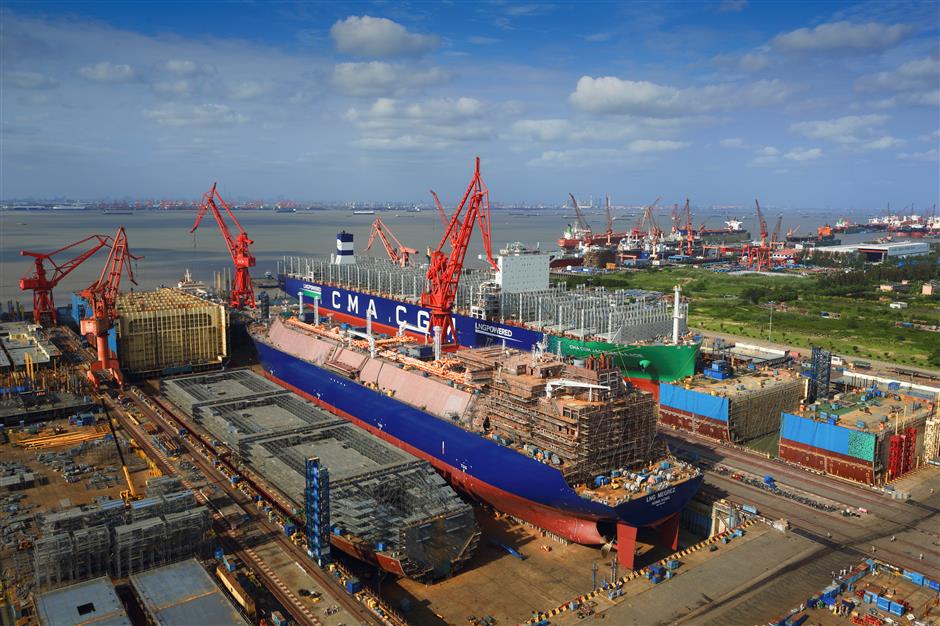 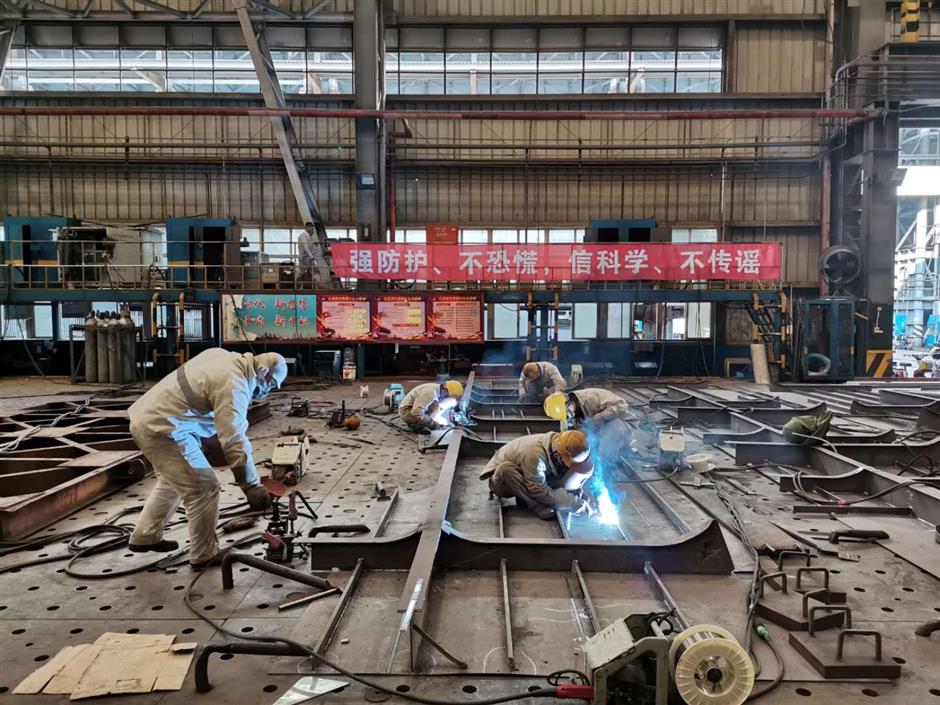