The nation’s first self-developed targeted drug for terminal lung cancer patients who have developed a resistance to drugs has been approved by the national authority, experts from Shanghai Chest Hospital said on Friday.

Almonertinib is the world’s second such drug. Previously, there was only one imported medicine for such patients.

“There are 700,000 new lung cancer patients in China every year and 400,000 of them are at a terminal stage. The medicine can benefit 200,000 patients,” Lu said. “It is a very meaningful step that we are trying to make lung cancer into a chronic disease, as patients can control their disease through effective medication.”

A 68-year-old woman surnamed Li began to develop drug resistance after taking targeted medicine for over a year. She participated in the clinical trials of almonertinib and her tumor was reduced from 36 millimeters to 13 millimeters within 20 months with a great improvement in her condition and quality of life.

Lu and his team began their research into almonertinib in November 2017 and finally had the drug approved after international multi-center research. 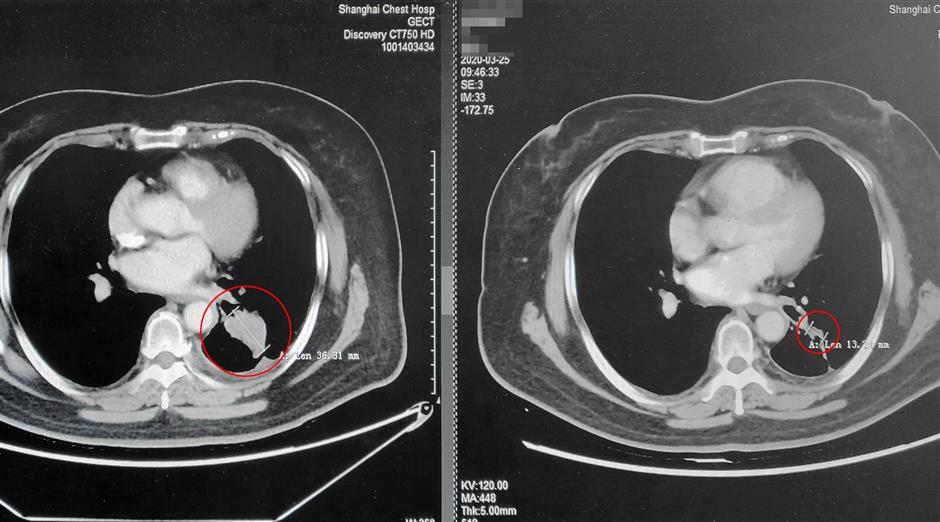 The tumor of the 68-year-old female patient was greatly reduced after she took almonertinib for 20 months. 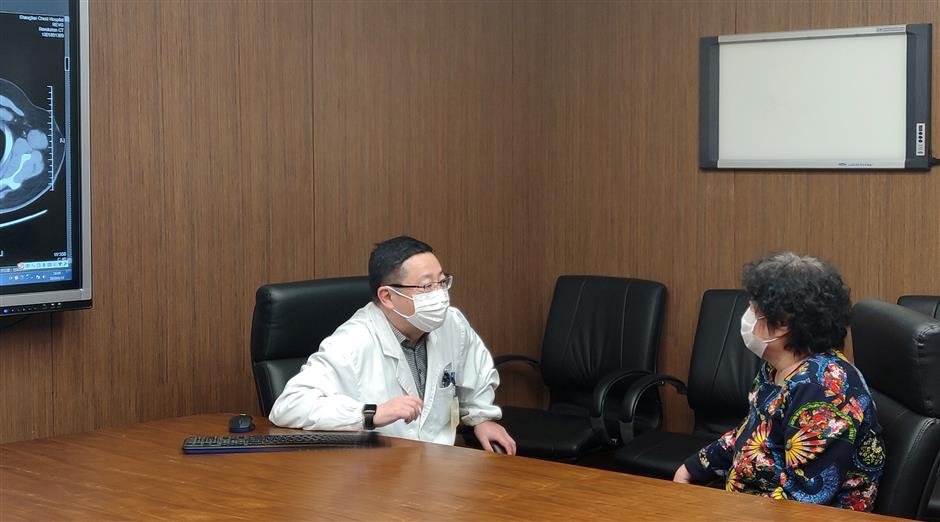 Dr Lu Shun explains the effects of the new drug to his patient.