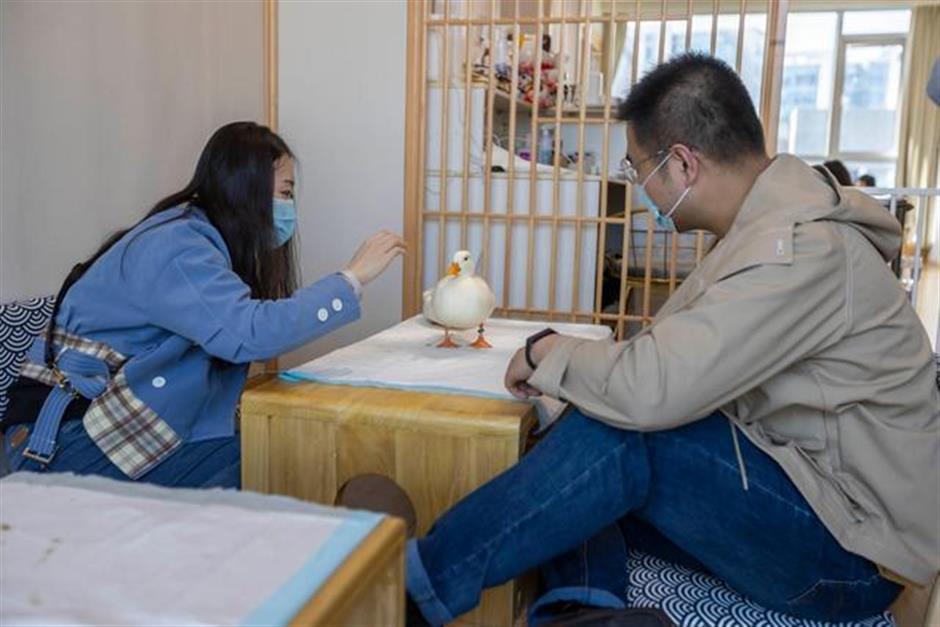 A snow-white Call duck in the Cute Duck Club in Yangpu District.

Hidden on the eighth floor of an office building in Wujiaochang Community in Yangpu District is a cafe that became a favorite spot for youngsters in the city over the five-day Labor Day holiday.

Sitting in the cafe decorated in the Japanese style, customers enjoyed their coffee. On the table in front of them, two snow-white Call ducks idly waddled around.

The Cute Duck Club, the first duck cafe in Shanghai where customers can spend two hours playing with Call ducks, a bantam breed of domesticated duck. Call ducks are small, with silky feathers and are becoming increasingly popular as pets.

The club has attracted many youngsters as the ducks have become increasingly popular in recent years. “These ducks are so vivacious and interactive, and it is so much fun to play with them,” said a customer surnamed Zhu at the cafe.

Fendi and Pucci, the two Call ducks in front of her, craned their necks and gently pecked her palm from time to time. Her phone was in overdrive as she took selfie after selfie with the photogenic birds. “This new kind of pet business is such a novelty,” she said. 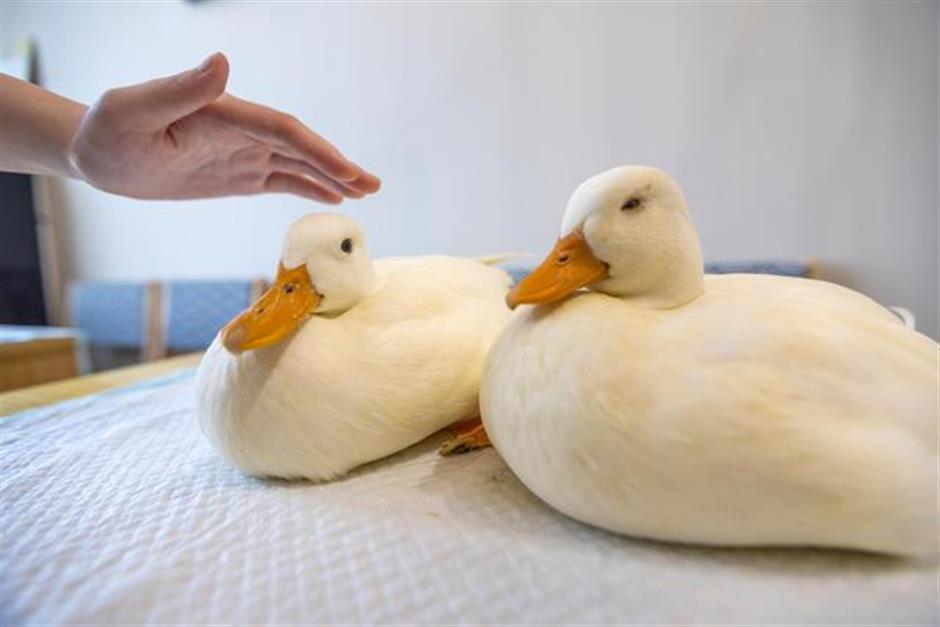 The Call ducks, Fendi and Pucci, on the table of the Cute Duck Club in Yangpu District.

Liu Jiawen, the twenty-something founder of the cafe, said there are now six Call ducks at the cafe, along with nine cats, two pet pigs and other pets.

Liu decided to resign from her former job and set up her own business three years ago because of her passion for animals. Back then the local pet cafe industry was still in its infancy.

She took a chance and opened a cat cafe, which soon became popular. “In fact, it’s hard to remain in a leading position, since the new pet business develops so fast,” she said. Data shows there are now nearly 300 pet cafes operating in the city.

“Some customers even drew inspiration from me and opened their own cat cafes,” she said.

Sensing people’s interest in Call ducks, she decided to choose them as the signature pets of her cafe about six months ago, which proved to be a huge success.

“Visiting my cafe has become a way for many customers to seek comfort when faced with pressure,” she said. 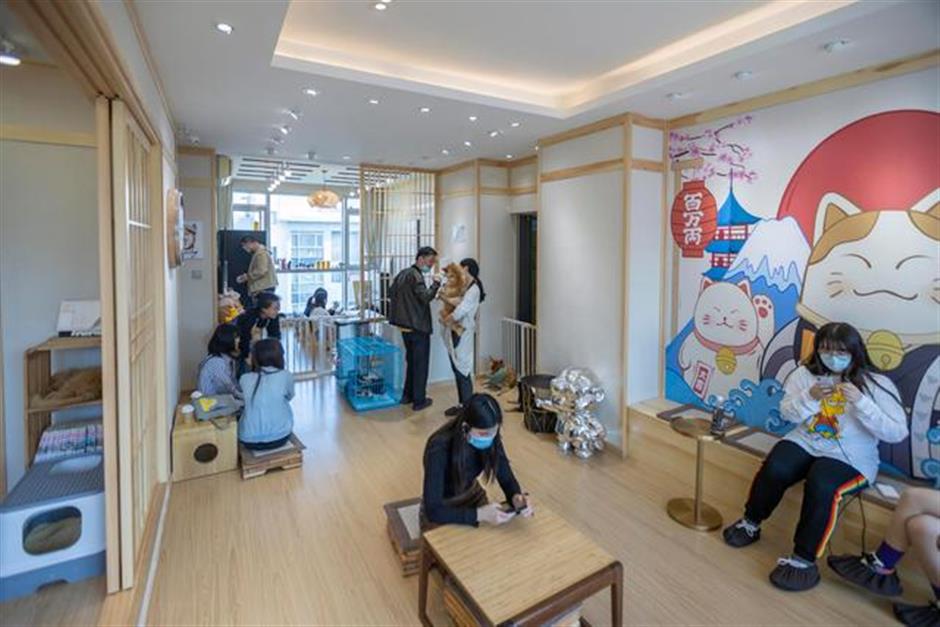 The Cute Duck Club is showed in Yangpu District.