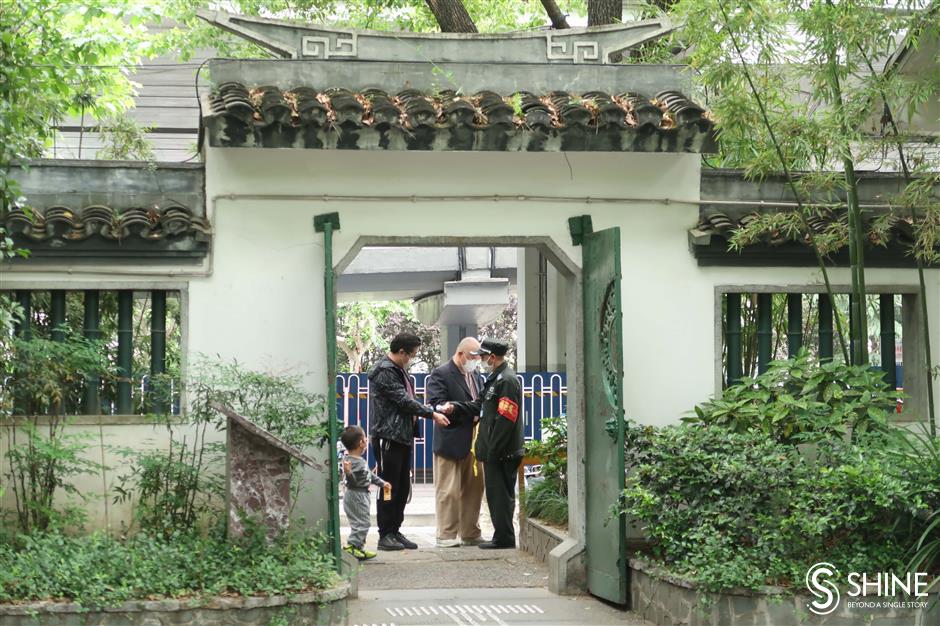 A security guard checks the temperature of visitors to a downtown park.

Shanghai will lower its emergency response to the novel coronavirus epidemic from second level to the third starting on Saturday.

The decision was made after the city had no new confirmed local COVID-19 cases since March 3, the city government announced on Friday.

On January 24, Shanghai activated its highest level of public health emergency response to contain the epidemic. The alert was downgraded to the second level on March 24.

However, the strict management of inbound personnel will continue, along with prevention measures to avoid the resurgence of local COVID-19 cases. Key safeguard points include entrances and ports to the city, workplaces and campuses, the city government said.

After the response level is downgraded, residents are still suggested to bring facial masks and put them on when entering enclosed areas, places with crowds or when having close contact with others, the government said in new mask-wearing guidelines released on Friday.

According to the latest guidelines, people with fever, cough or other coronavirus symptoms must wear masks when going to hospitals or public areas.

Medical, public service and other epidemic-prevention personnel must wear masks during work, according to the regulations.

The elderly, weak and those with chronicle diseases are advised to continue wearing masks when going outside.

The government also released guidance on the usage of central air-conditioning as summer approaches.

Companies must clean, disinfect or change key parts such as air filters before turning on central air-conditioning. The ventilation of fresh air must be enhanced when air-conditioning is running.

When a COVID-19 case is confirmed, the central air-conditioning system must undergo disinfection and inspection under guidance from the city's disease control and prevention authorities.

There were no new imported coronavirus cases reported on Thursday, while three imported patients — one from Russia, one from the US and one from the UK — were discharged from hospital upon recovery, said the Shanghai Health Commission on Friday morning.

So far, of Shanghai's 318 imported cases, 291 have been discharged upon recovery and 27 are still hospitalized, including two in critical condition. 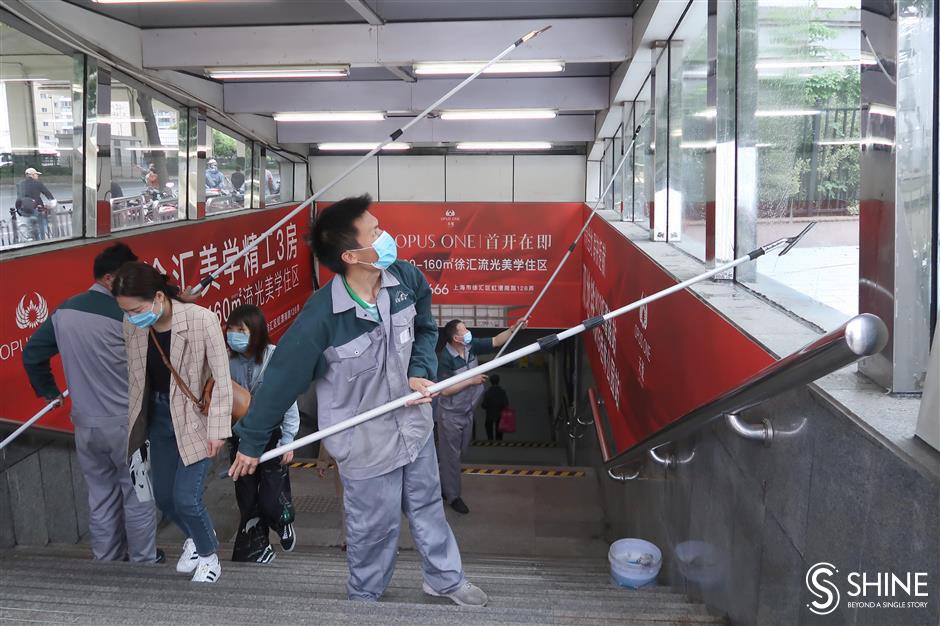 Cleaners wash and disinfect a downtown Metro station on Friday.