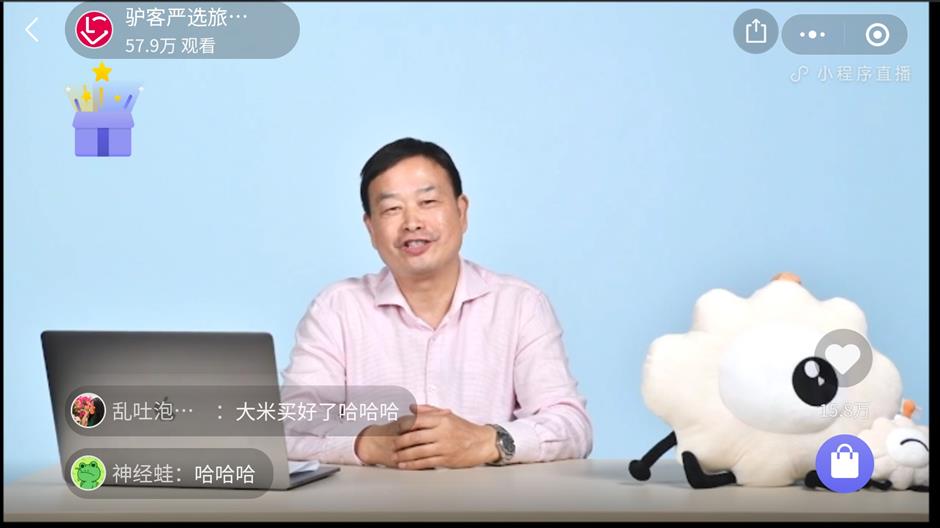 The heads of 14 city districts' culture and tourism administrations hosted a three-hour webcast on Thursday evening to promote the city's attractions.

Countryside and ecological tourism, historical and cultural blocks, intangible cultural heritage products and specialties were promoted during the broadcast.

Coupons worth 50 million yuan (US$7.05 million) for tourist attractions, hotels and food were distributed.

"Baoshan District boasts more than 40 cultural and museum venues and the museum magic night tour will take you to the Shanghai Museum of Glass, China 3D Printing Cultural Museum, and Shanghai Wood Culture Museum, and we invite you to experience their charm," Wang said.

"The Jiangnan splendor tour takes you to Luodian Town, which still has a traditional dragon boat race during the Dragon Boat Festival, the Baoshan Temple and Meilan Lake crowned one of the 'most beautiful places' in Shanghai's north," she said.

"A cruise tour will take you to the Wusongkou International Cruise Liner Terminal and Paotaiwan scenic area, while you will experience the most beautiful countryside scenery in the countryside tour," she added.

She also promoted a flower and fruit tour, industrial remains tour, and Baoshan delicacies such as longsnout catfish and cakes.

Lucky draws for tickets to the Pujiang countryside park, museum admissions, and intangible cultural heritage were held during the webcast.

"Fengxian District beside the sea the boasts a lot of places which are both fun and beautiful," Zong said.

"We have a forest park, a beach, an ancient town and the Zhuanghang mutton festival," he said.

"Jing'an District is an East-meets-West destination," he said. "You can have different travel options in a tour along Suzhou Creek, all promising a pleasant journey, while Shaanxi Rd N. has a number of former residences of celebrities."

A film-themed walking route in the zone has been launched.

Chen Feng, deputy director of the Changning administration urged viewers to experience the glamour of Yuyuan Road and its cluster of villas.