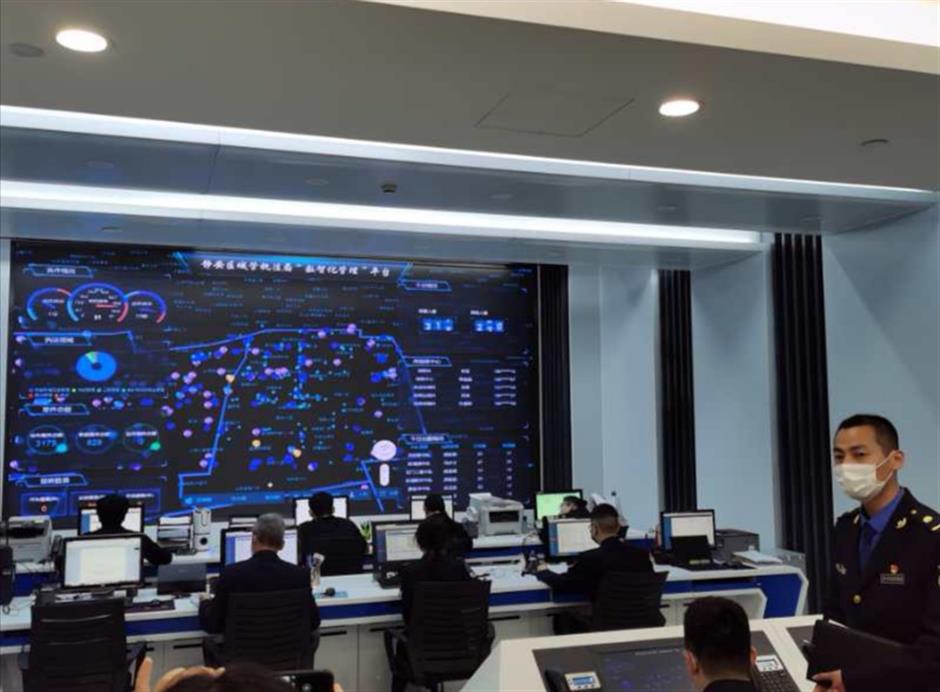 Intelligent technologies are being applied by the city's urban management and law enforcement authorities, officials said on Thursday.

In Hongkou District, technologies such as 5G, AI, remote sensing, GIS (Geographic Information System), big data and the Internet of Things are being used in urban management, and a database integrating video surveillance, law enforcement patrols and inspections is being established, according to the district’s urban management and law enforcement bureau.

At the same time, residents who want to make a complaint can access contact details of city officials responsible for the businesses by scanning the code, said Yang.

An app with functions such as information registration, policy promotion, non-contact law enforcement and data collection was launched by the bureau during the Spring Festival.

Covering about 11,700 streetside businesses on 238 streets, it can spot potential hazards in epidemic prevention by information analysis, the bureau said.

In Jing'an District, a similar app has been used, and 5,721 businesses such as shopping malls, office venues, hotels, supermarkets and catering businesses have been registered as reopening.

Among them, 1,451 have been ordered to rectify irregularities in epidemic prevention measures, and 5,798 workers were found failing to wear masks, or 25.5 percent of all workers at reopened businesses, according to the Jing'an District Urban Management and Law Enforcement Bureau.

In Yangpu District, information technologies are used to collect proof of overloaded vehicles on Hai'an Road Bridge, with 75 vehicles caught since last November, with fines totaling 37,400 yuan (US$5,275) imposed.

In March, the number of overloaded vehicles crossing the bridge fell 82 percent from the same period last year. 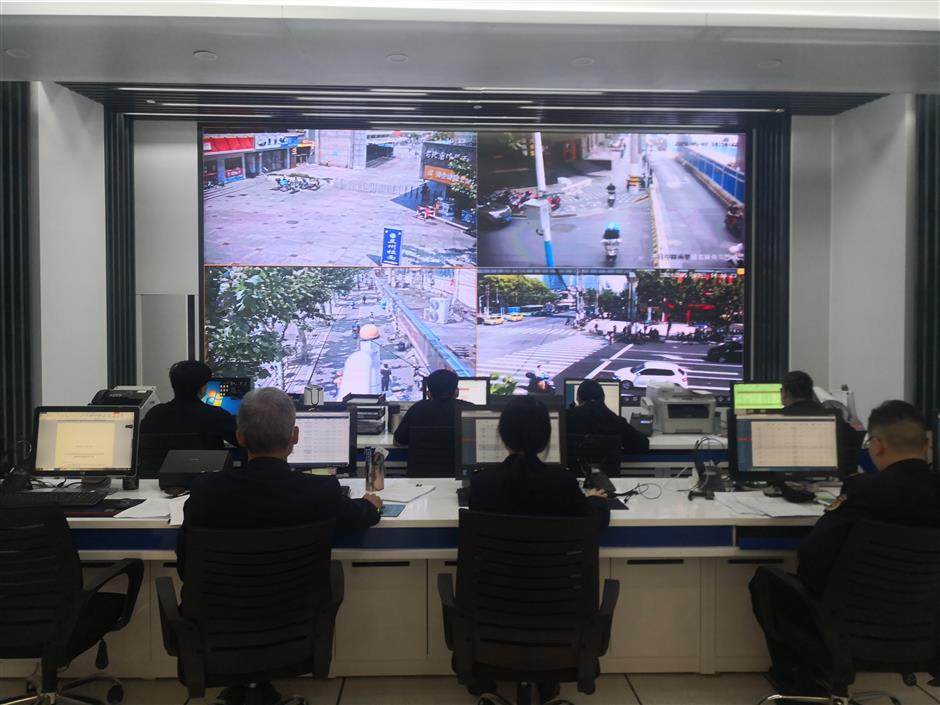 Officials check screens that are part of an intelligent management platform in Jing'an District.