Officials confiscated two electronic scales during an investigation into crayfish customers being cheated over weight. 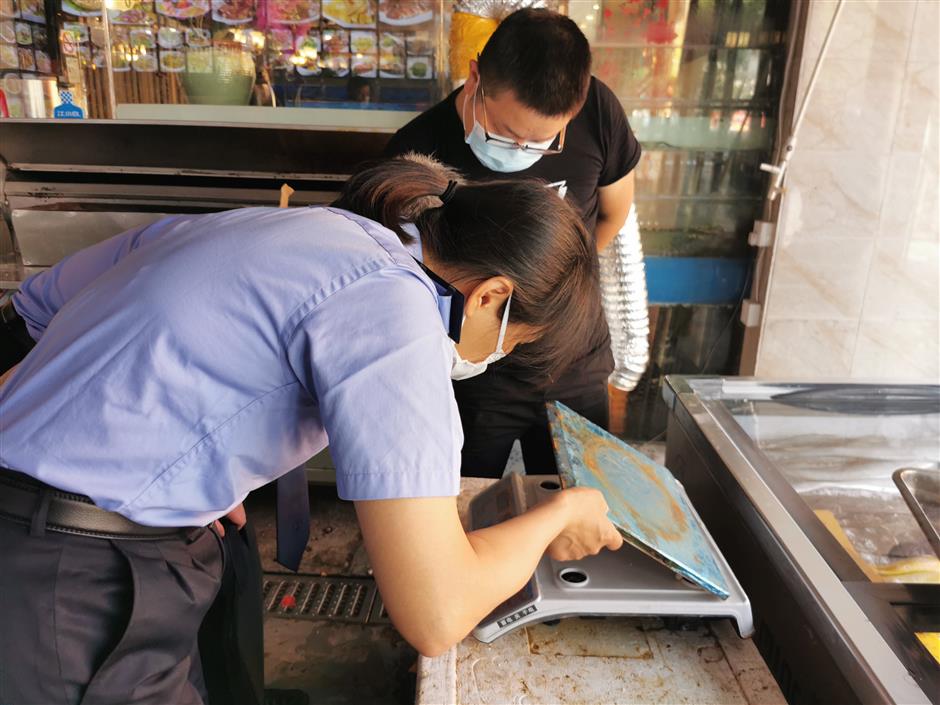 Shanghai's market watchdog has advised customers to be aware of the weight of crayfish served at city restaurants.

Two crayfish and seafood eateries on Huanghua Road in the Longbai area in Minhang District are under investigation for cheating diners, the Shanghai Administration for Market Regulation said on Monday.

It said officials had found the businesses had altered electronic scales to add weight.

One of the scales, both of which have been confiscated, had added 300 grams to the actual weight of crayfish.

The eateries were not named as an investigation is still underway, the administration said.