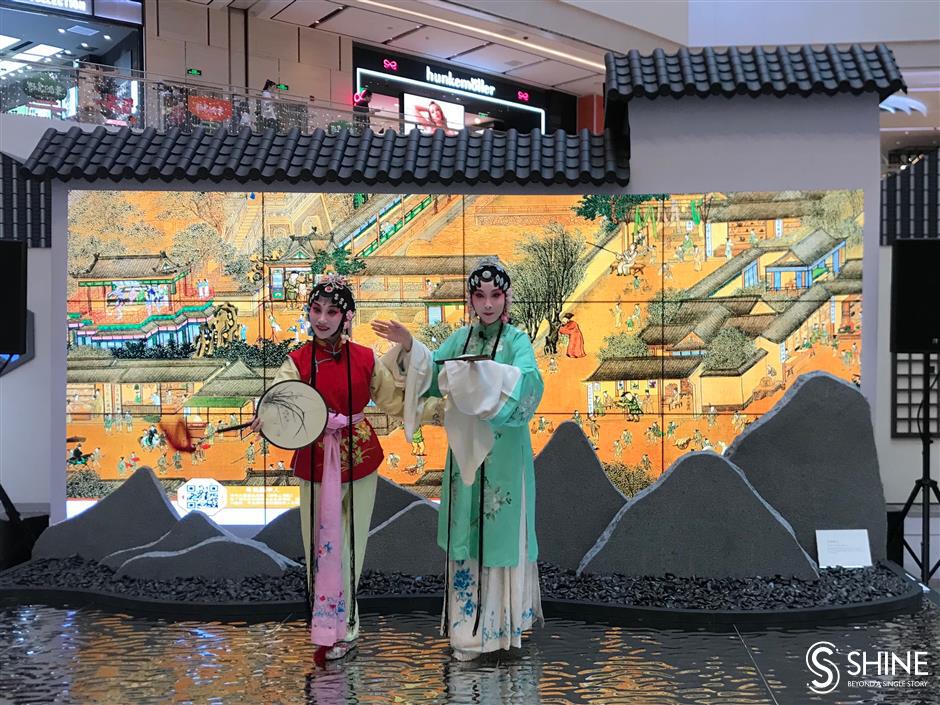 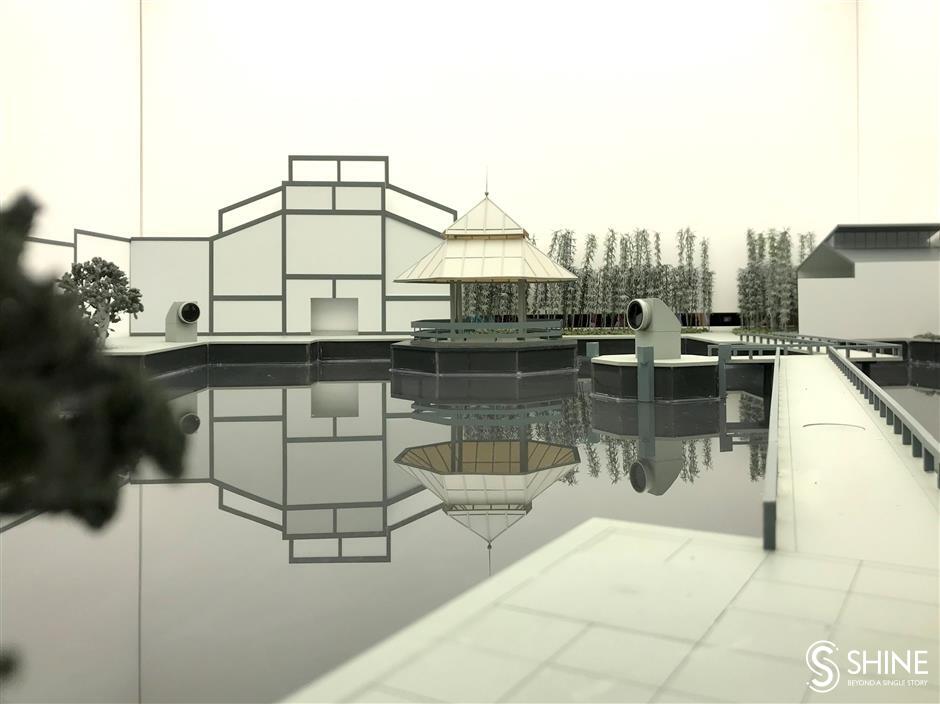 A miniature version of the new Suzhou Museum.

A visitor scans a QR code to have her face added to a figure in a famous painting.

While most people choose to vacation close to home during the post-pandemic period, the new Suzhou Museum has brought its iconic garden, pavilion and rockery to Shanghai.

Young artists have been invited to interpret traditional Chinese culture in a modern way and display their understandings through art installations at the Century Link Mall in the Pudong New Area. The exhibition will run through June 14.

The new Suzhou Museum was designed by world-renowned architect Ieoh Ming Pei (1917-2019) who spent his childhood in the Lion Grove Garden, one of Suzhou’s most famous gardens, which his family used to own. Inspired by his childhood, he designed the museum as an exquisite classical Chinese garden.

Artist Tango designed a miniature museum hidden in a giant box, and visitors can only see it through viewing holes. Architect Hou Zhi built a glass maze inspired by the unique features of Chinese gardens in which people can see different scenery at every turn.

One of the most popular photo-taking sites in the museum is a wisteria area planted by Chinese poet, painter and calligrapher Wen Zhengming during the Ming Dynasty (1368-1644). So, a pavilion with purple wisteria has been created in the mall, too.

New technologies are also used to add a modern atmosphere.

There’s a giant screen featuring a famous painting by Qiu Ying, which captures the daily life of the people and landscapes of Suzhou during in the Ming Dynasty. People can scan a QR code to add their face to a figure in the painting.

A pop-up fair has been set up as well, where people can buy the museum’s souvenirs, sample Suzhou snacks and experience intangible cultural heritage such as Yao embroidery and fruit and nut pit craving.

“We hope the cultural activities can accelerate the mall’s pace at gathering business,” said the mall’s CEO Ren Zhi. “After the city launched the Double Five Shopping Festival, our sales have resumed by 70 percent, which is better than expectations.”

Visitors are attracted to Yao embroidery displayed in a pop-up fair.