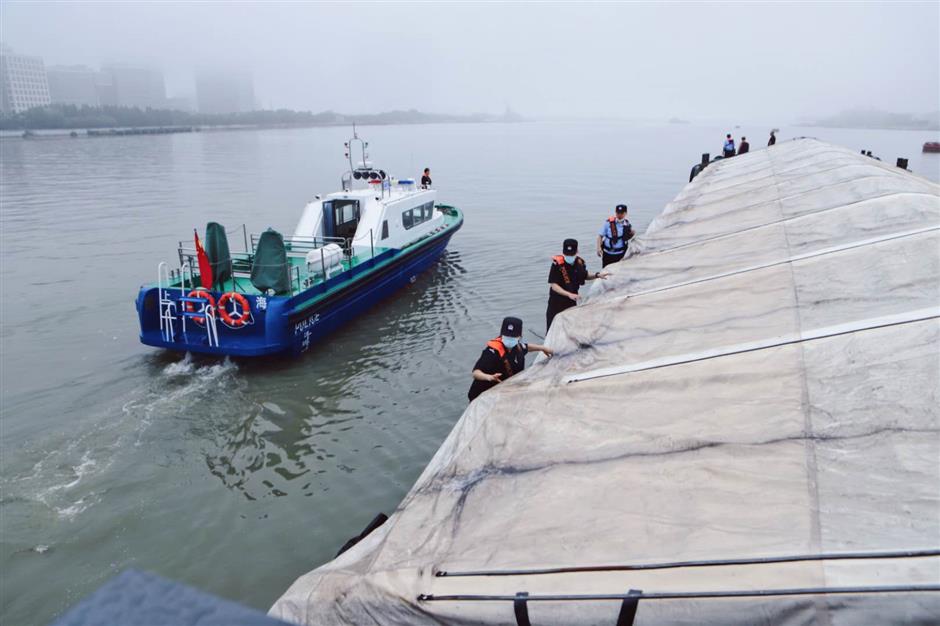 Police check the cargo on one of four cargo ships on the Huangpu River over the weekend.

Fifty-one people were arrested by police and customs officers in Shanghai and the provinces of Jiangsu, Zhejiang, Fujian, Sichuan and Guangdong over the weekend, Shanghai Customs said on Tuesday.

It said it seized 2,000 tons of refined oil from four cargo ships on the Huangpu River.

An investigation is said to have found three groups involved in obtaining oil from foreign ships in international waters. After transferring the cargo to domestic ships on the Yangtze River, it would then be sold in other areas of the Yangtze River Delta region, investigators said.

The authorities allege that those arrested had smuggled a total of 160,000 tons of refined oil, worth 1.2 billion yuan (US$171 million).

Officers check refined oil found on a ship in the Huangpu River on the weekend.