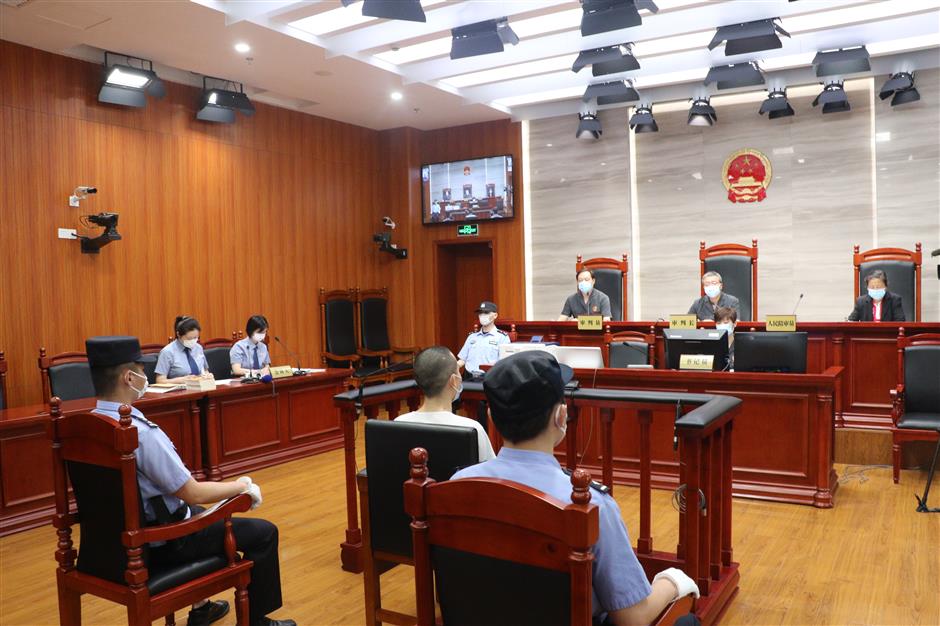 Kamu, in white, during the hearing at Hongkou District People's Court on Monday.

Stand-up comedian Kamu was sentenced to eight months in jail and fined 2,000 yuan (US$286) by Hongkou District People’s Court on Monday.

Prosecutors said the 25-year-old had allowed four people to smoke marijuana in his house on the night of April 29, providing drug and homemade paraphernalia. After receiving a report, police arrested Kamu the next day and found a silver bag with hemp plants in the apartment.

Hongkou police said a dealer arrested in April had admitted that Kamu bought the drug in January and had been providing shelter for others taking drugs.

Under China’s criminal law, anyone providing a place for others to take drugs can be fined and jailed or detained for up to three years.

Prosecutors said Kamu had admitted the charge and accepted the verdict.

He said the four were friends and colleagues including his girlfriend and two other comedians from the Shanghai-based Xiao Guo Culture company.

There was no evidence that Kamu had smoked marijuana with the others on that day. But he said during the hearing that he had taken drugs before to relieve stress and anxiety due to the psychological problems.

In a statement issued last month, Xiao Guo apologized to the public and said it would suspend all work by Kamu for an indefinite period. 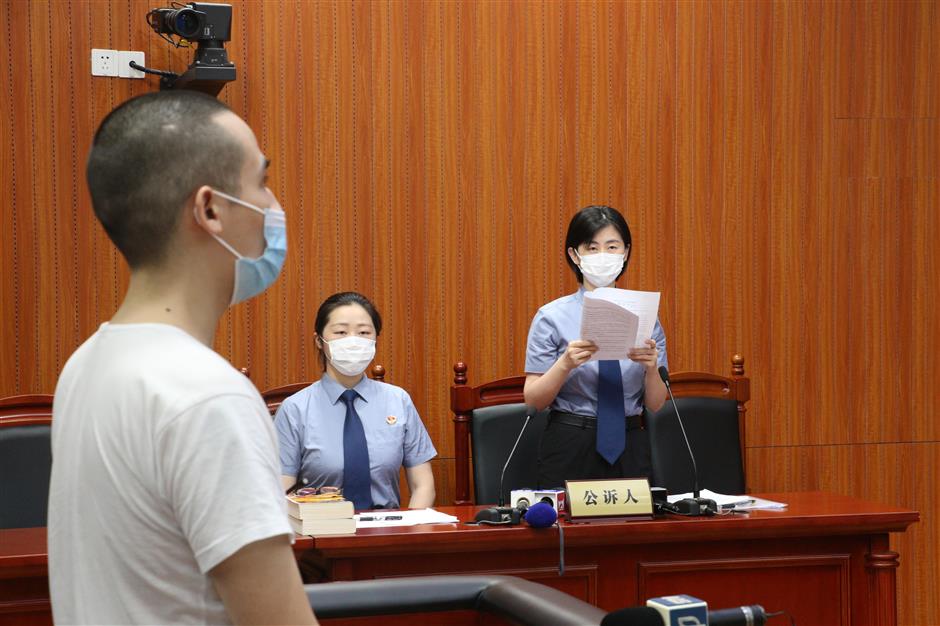 Stand-up comedian Kamu during the hearing.

﻿
Special Reports
ADVERTISEMENT
Comedian jailed for 8 months on drug charge
Robot 'surgeon' in city surgery a success
Over 320,000 products recalled in first half
No COVID-19 cases reported in Shanghai for Sunday
Raining in hot weather? It must be boiling water, says netizen
No locally transmitted coronavirus cases in hospital
Online lecture gives insights into infectious diseases
Lujiazui lights up at night with outdoor dining and entertainment
Pudong comes alive with festival of culture and art
No coronavirus cases reported in Shanghai
EXPLORE SHINE