Better result for patients thanks to robot-assisted surgery

A 73-year-old with oropharyngeal cancer has received robot-assisted surgery at the Shanghai Eye, Ear, Nose and Throat Hospital.

It is a first of its kind in the nation at such a hospital for this type of cancer.

Surgery conducted through a robot is more precise, with less trauma and a quicker recovery time, according to experts at the hospital.

The patient had surgery several years ago. According to his wife, he couldn’t speak for the first four to five days and complained of pain after being discharged from the first operation.

However, after this round he could speak and did not suffer pain.

He is one of a first group to receive robot surgery, with all of the patients having a good result, said Dr Zhou Liang from the hospital.

“The robot-assisted surgery can achieve similar results with normal surgery but is better at preserving patients' functions such as swallowing, pronunciation, breathing and facial appearance, as well as speeding up recovery,”  Zhou added. 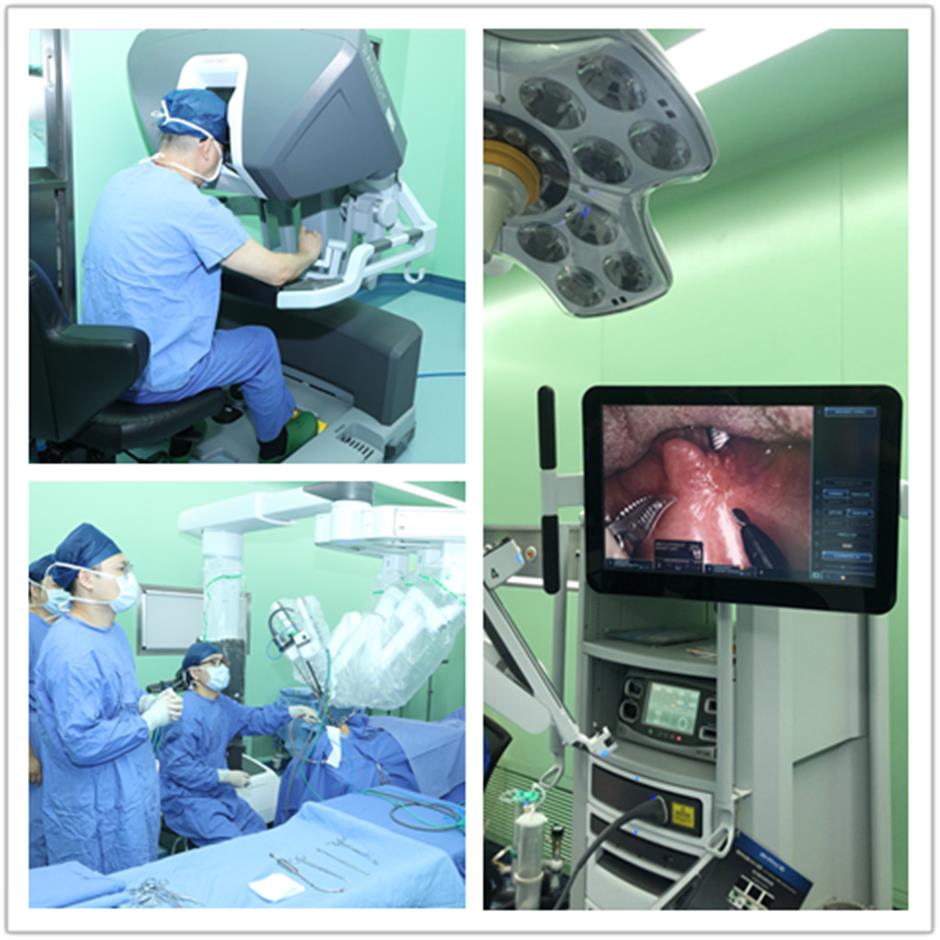 Doctors with the robot-assisted surgical system.