Stamp of approval for anniversary of Manifesto translation 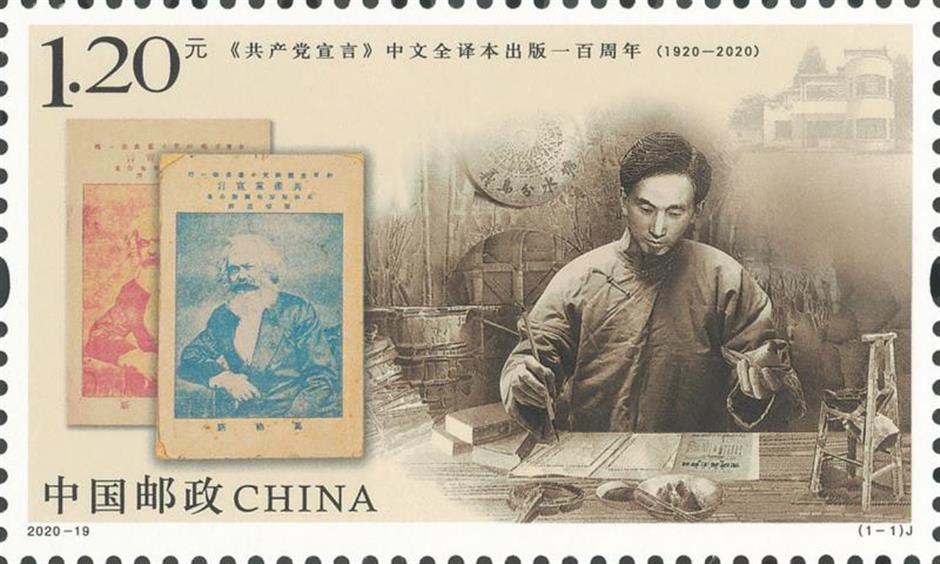 A commemorative stamp marking the 100th anniversary of the first Chinese translation of the full text of “The Communist Manifesto” was released over the weekend in Shanghai and Yiwu.

In Shanghai, the launch ceremony was held at the former residence of Chen Wangdao, first Chinese translator of the complete work by Karl Marx and Friedrich Engels.

The residence of Chen, also first president of Fudan University after the founding of the People’s Republic of China in 1949, was renovated into the museum of “The Communist Manifesto” by Fudan University on the 200th anniversary of Marx’s birth in May 2018. Yiwu in Zhejiang Province is the hometown of Chen.

The 50x30mm stamp, designed by famous Chinese stamp designer Li Chen with a face value of 1.2 yuan (17 US cents), has a portrait of 30-year-old Chen writing with his right hand while his left holds a zongzi, a traditional glutinous rice dumpling, soaked in ink. The stamp also includes covers of two editions of the Chinese version of “The Communist Manifesto” and a photo of Chen’s former residence in Shanghai on Guofu Road.

The story is that when Chen was working on the translation in 1920, his mother put a zongzi with a bowl containing brown sugar on his desk. She called out to ask if there was enough sugar, and Chen answered it was sweet enough. But when she came back to the room, she saw Chen’s lips covered in ink. Chen had dipped the zongzi into his ink without realizing his mistake.

The first Chinese edition of the full text of the manifesto was published in August the same year.

Li said he wanted to recreate the history of the book’s birth.

A total of 7.5 million copies of the stamp will be released. People can visit postal offices or https://jiyou.11185.cn as well as the app and WeChat store of China Post in the next six months. 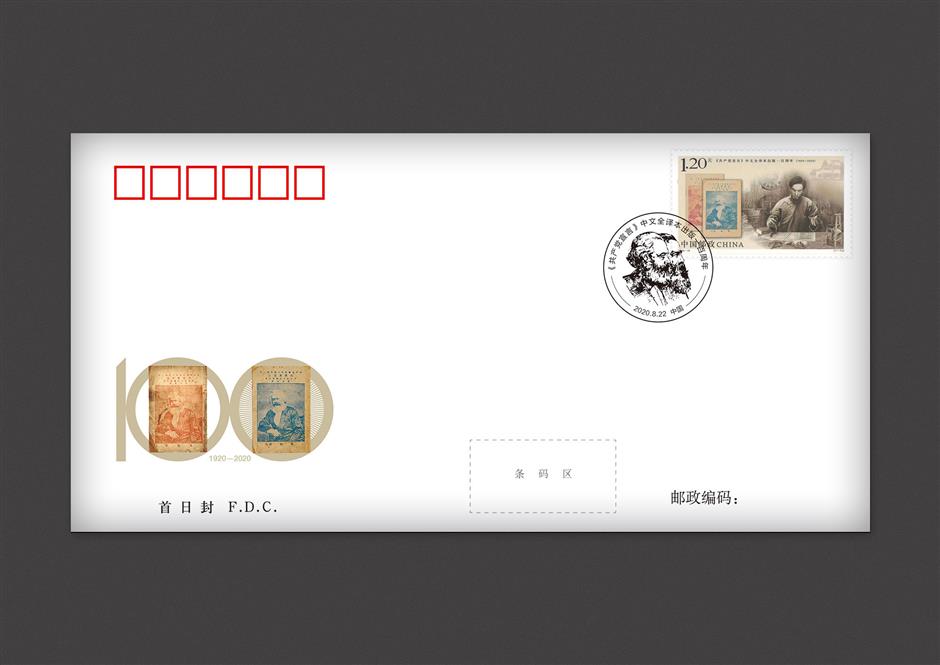 A first-day cover with the commemorative stamp and a postmark with a lateral view of the images of Karl Marx and Friedrich Engels was also released over the weekend. The Shanghai branch of China Post has designed different postmarks for different post offices.

At the Shanghai University post office, visitors are able to buy a postcard with the photo of Chen’s former residence on Guofu Road, the commemorative stamp and the office’s postmark.

A commemorative stamp folder was also released over the weekend by the university. In the folder are the commemorative stamp, a letter from Chinese President Xi Jinping to volunteer students at the museum of “The Communist Manifesto” and another 10 stamps related to the dedication of Fudan University staff and alumni in serving the public. 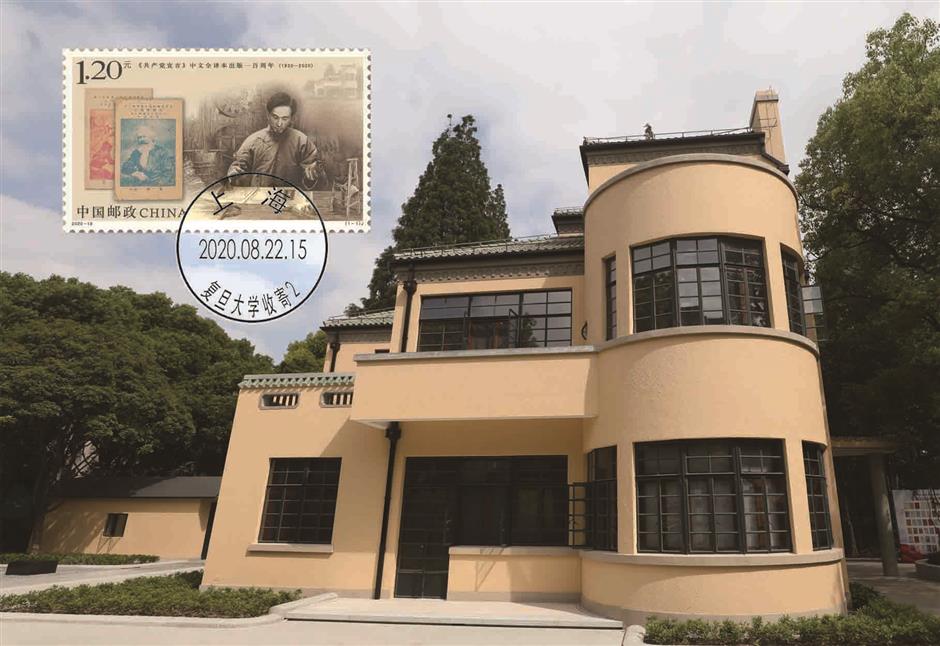 A postcard available at the Fudan University post office