Shanghai in the mood for love during Qixi Festival 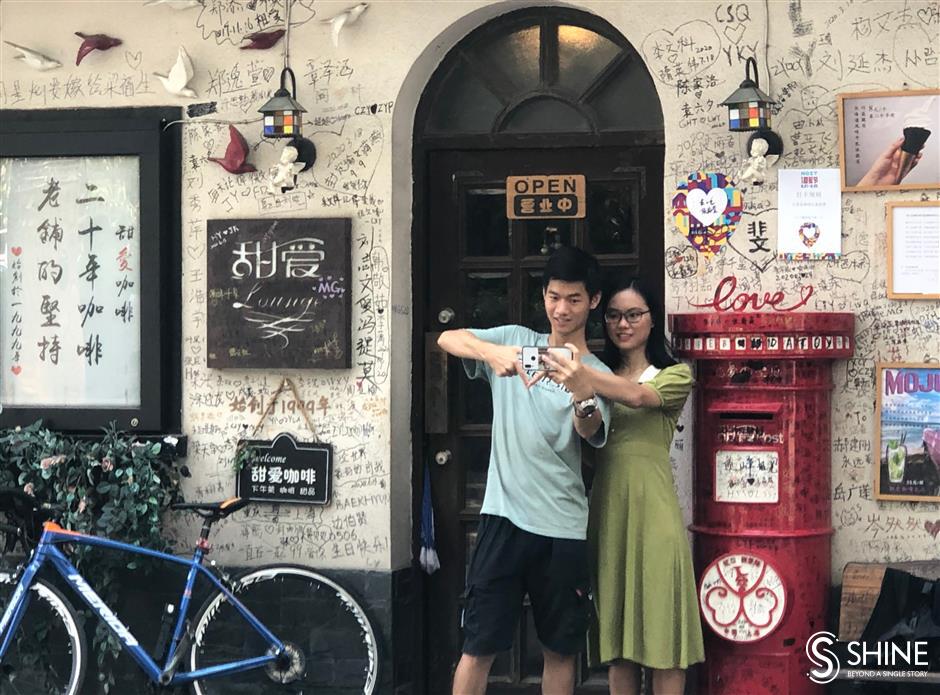 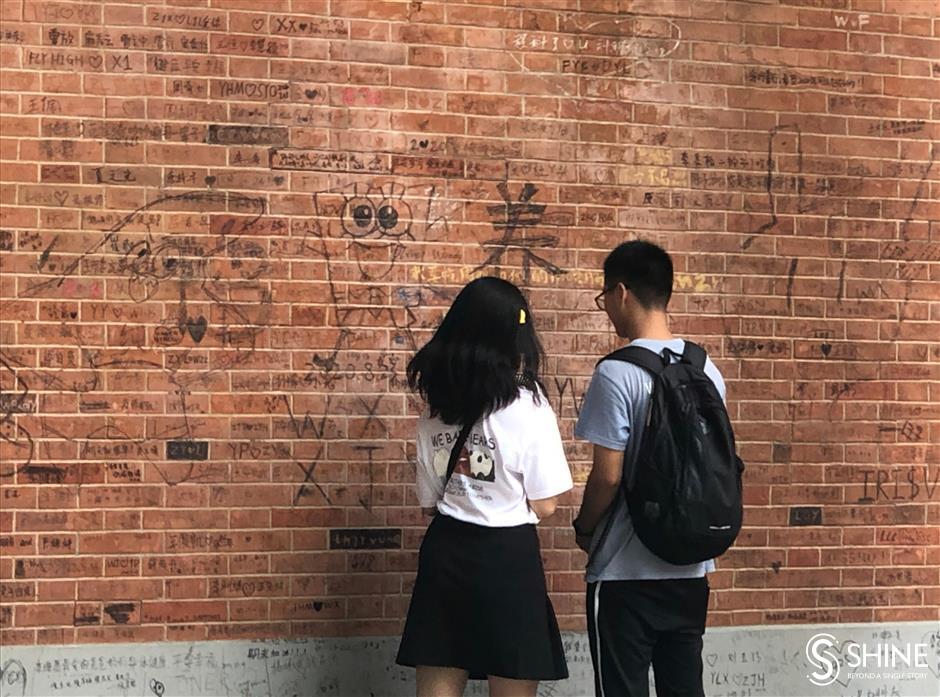 Love is in the air on Tuesday, which marks Qixi Festival, also known as Chinese Valentine's Day.

Stan Hu, a college student, took photos of his girlfriend in front of the famous Love Mailbox, and wrote sweet messages on the Love Wall on Tian'ai Road, like many other lovebirds.

Tian'ai Road in Hongkou District, known as the most romantic road in Shanghai, attracted many couples taking photos and walking hand-in-hand on this day of romance.

“My girlfriend told me about this place, so we visited here on this special day,” said Hu.

“I want to walk this road with him and be together forever,” said Nancy Geng, Hu’s girlfriend, who studies in the same college as him.

"There is a saying that walking the road from one end to the other with your sweetheart will ensure eternal love," Geng added.

Meanwhile, at the Putuo District marriage registration center, many couples tied the knot.

Zhou Yuxiao, who works in a financial company, walked out of the center with his new wife, Chen Hui.

“We had planned to get married at the beginning of this year, but it was delayed for many reasons, including the epidemic. When Qixi Festival approached, we thought it was the right time,” Zhou said.

"We still have work to do today, so we booked a dinner and will have it with our families,” said Chen, who works at a university.

Ariel Qu, who just finished her master's degree, loves Chinese traditional culture and chose to register for marriage on the day. Her partner, Rocco Pan, is two years older than her and works in an advertising company.

“We made the decision in the second half of last year,” she said. “We will hang out today and celebrate.”

"I am a hanfu lover and fascinated by traditional Chinese culture, thus no other date is more suitable for me to tie the knot than Qixi Festival," said Wang.

"The day has an auspicious meaning and I made a reservation days earlier to secure the date," Wang said.

"Now, I can finally call you Mrs Wang," her husband joked.

Alex Zhou, a Shanghai resident, drew his marriage registration certificate at the center with the witness of his parents.

"I get up very early today due to excitement; earlier than my work days," he said.

"We believe the date is more meaningful than Valentine's Day because it is our own festival from ancient times," said Zhou.