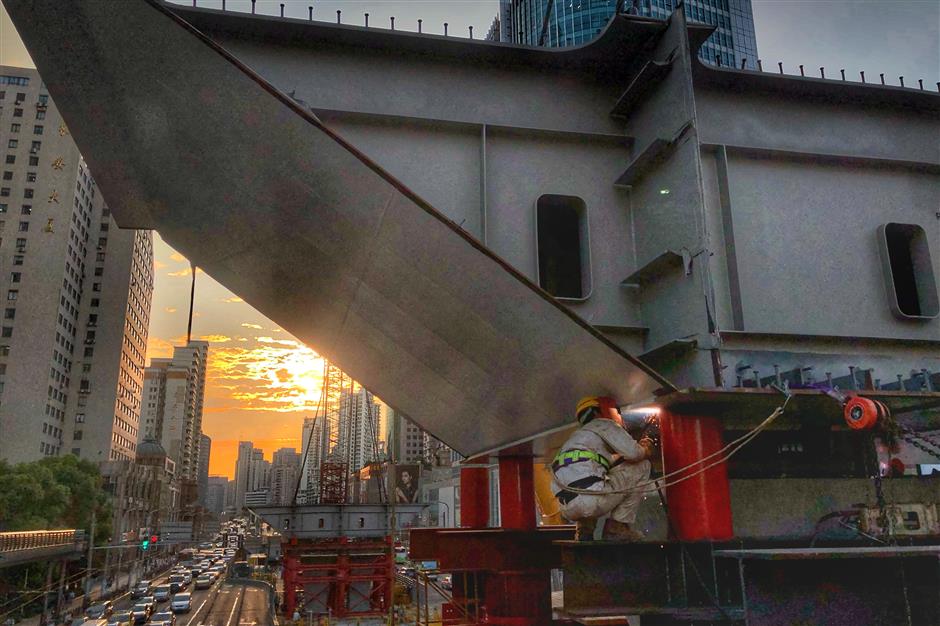 The dog days of summer are here. While most of us are cool and comfortable inside air-conditioned rooms, outdoor workers are spending hours on end under a scorching sun to ensure the city runs smoothly. What’s more, the COVID-19 is still a reality and front-line medics must wear thick protective outfits no matter how hot it is. Shanghai Daily reporter Li Qian meets some of these heroes who make our lives easier. 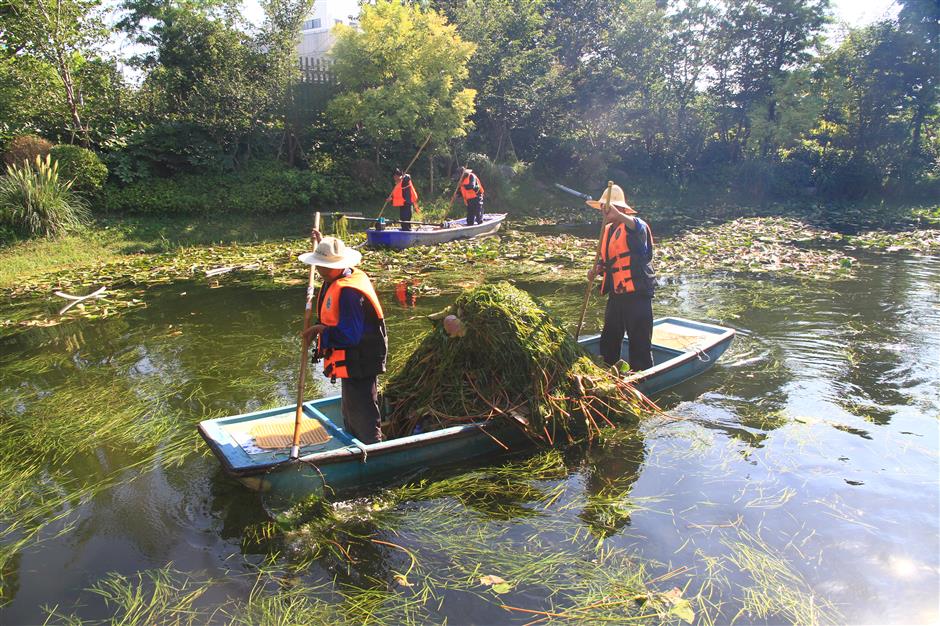 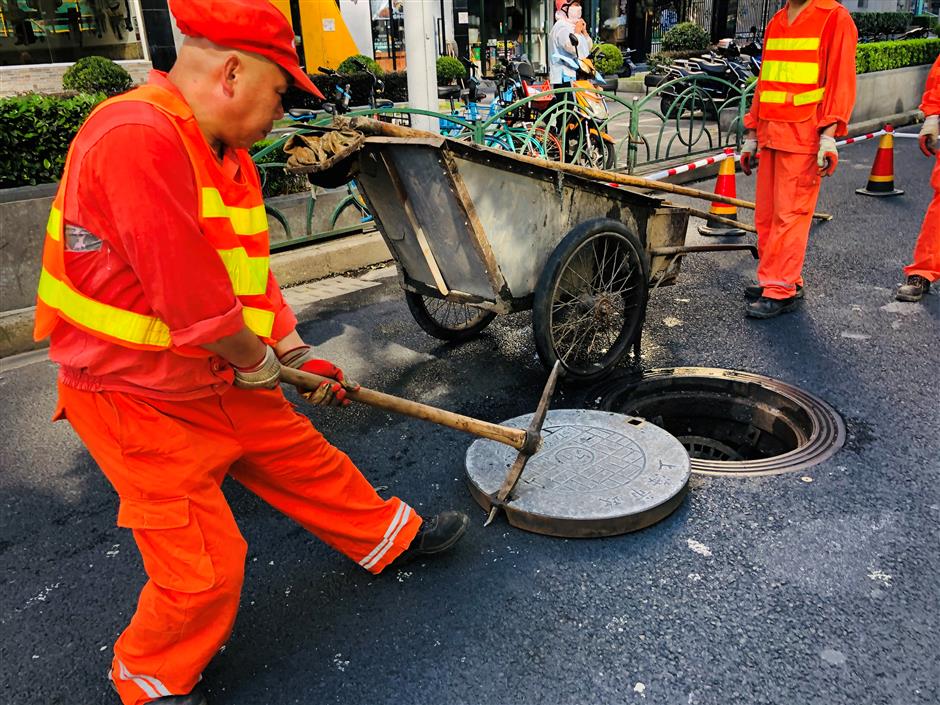 Zhu Jianhui’s entire body was drenched in sweat after only an hour in blistering 37-degree Celsius heat. A repairman from Baoshan Road Subdistrict, his job is to clean water tanks on top of apartment buildings to ensure water safety.

Sweat poured off his body with every step he took on the apartment rooftop. “It takes at least one hour to check and clean a water tank,” he said. “I’m completely exposed to the blazing sun. Yes, it’s hard, but it’s my job.”

When the summer sun sets, people take in evening breezes in Jing’an’s many parks, sitting in chairs, chatting and playing cards. But for Yao Junlong, park life is difficult. He leads a team who waters flowers and trims trees at Jing’an Sculpture Park.

“We’re drenched in sweat every day,” he said. “We have two or three uniforms. When one is totally soaked, we change into another.” 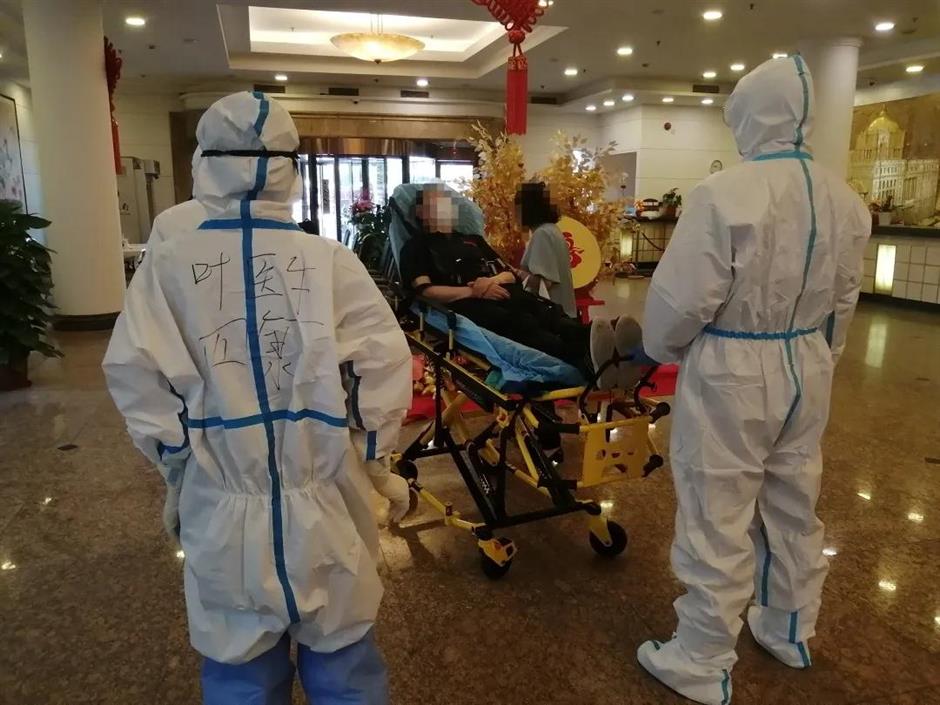 Front-line workers in the anti-virus fight

Because the COVID-19 pandemic continues to rage around the world, people who fly to China from abroad are still required to quarantine for 14 days.

In quarantine sites, medical workers are required to wear thick personal protective equipment for many hours.

Air-conditioners are turned off in hotel lobbies as a preventative measure. Instead, all windows and doors are kept open 24 hours per day.

Dr Gu Chungang described wearing PPE for an extended period of time this way: “It made me feel like I was trapped in a very narrow place with the temperature above 40 degrees Celsius. For hours, I can’t drink or eat anything.”

Perspiration could be seen in his goggles, and he was soaked in sweat after removing the outfit. More than 200 medical workers from 11 hospitals and community health-care centers now work in quarantine sites across Jing’an. 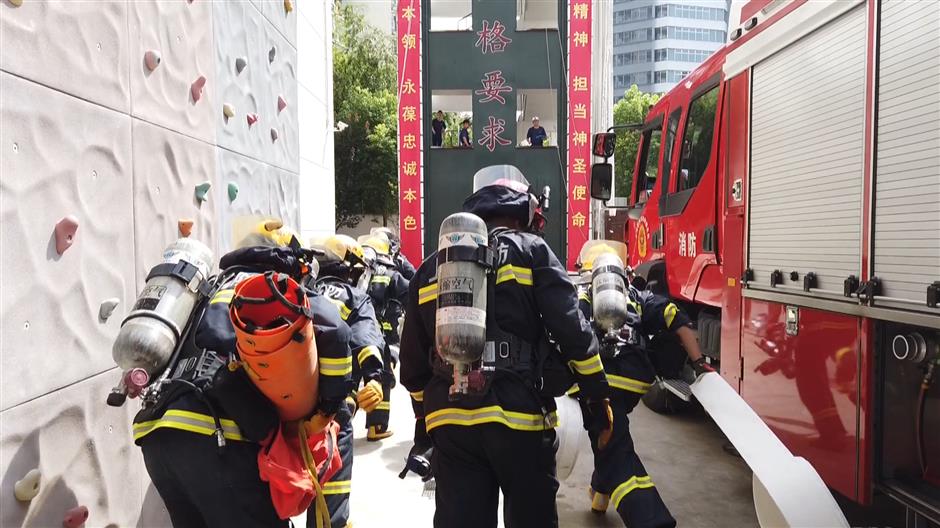 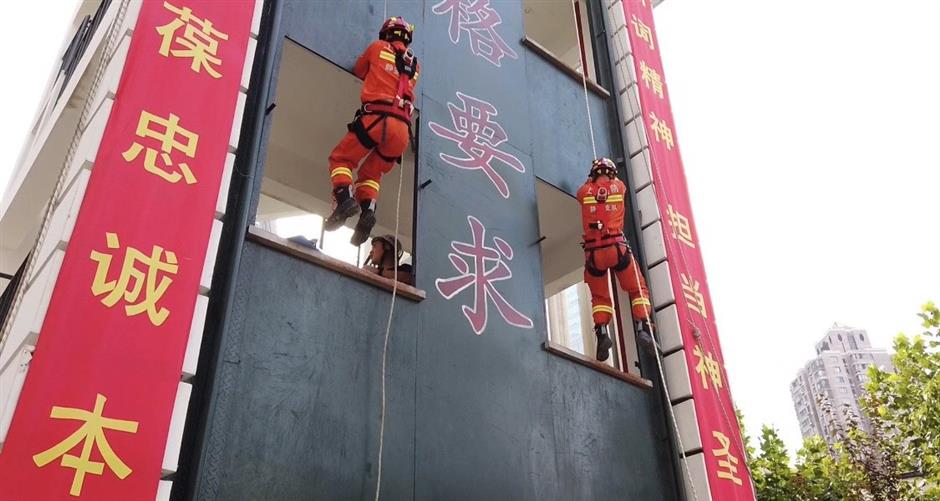 His job is to keep the area clear of potential trouble-makers. Additionally, he safeguards 50 to 70 trains parked in a yard on Guangxin Road.

“I make sure train doors are okay and major devices work well,” he said. “If I find something wrong, I alert repairmen so everything is safe when put into operation.”

Traffic police officer Wu Xinyi didn’t have time to rest when the city updated its orange heat alert. The temperature on the ground was above 40 degrees Celsius, but Wu, wearing a long sleeve shirt, forged on.

He stood in the middle of the crowded Huashan Road and Nanjing Road W. intersection to guide the traffic during morning rush hour.

Wu brought four bottles of water for his morning shift but that wasn’t enough.

down my face and neck within the first five minutes of work,” he said. “It’s itchy, but I have to endure because it’s worth it.”

One day while he was riding around on motorcycle patrol, a driver opened his window and gave him a bottle of water.

“He told me to take care and avoid sunstroke,” Wu said.

There’s no rest for Jing’an’s Hengfeng Road firefighter squad when they’re on duty either. In the oppressive heat, Zhang Mi and his colleagues wore heavy protective outfits with face masks and oxygen tanks on their backs during a drill.

They were required to rescue residents trapped inside an old residential building.

“We were given just a few minutes to climb the steep staircases, find the trapped people and take them to safety,” Zhang said.

“Despite the summer heat, doing this drill is a piece of cake. In actual emergencies, we face extreme heat and many challenges,” he added. 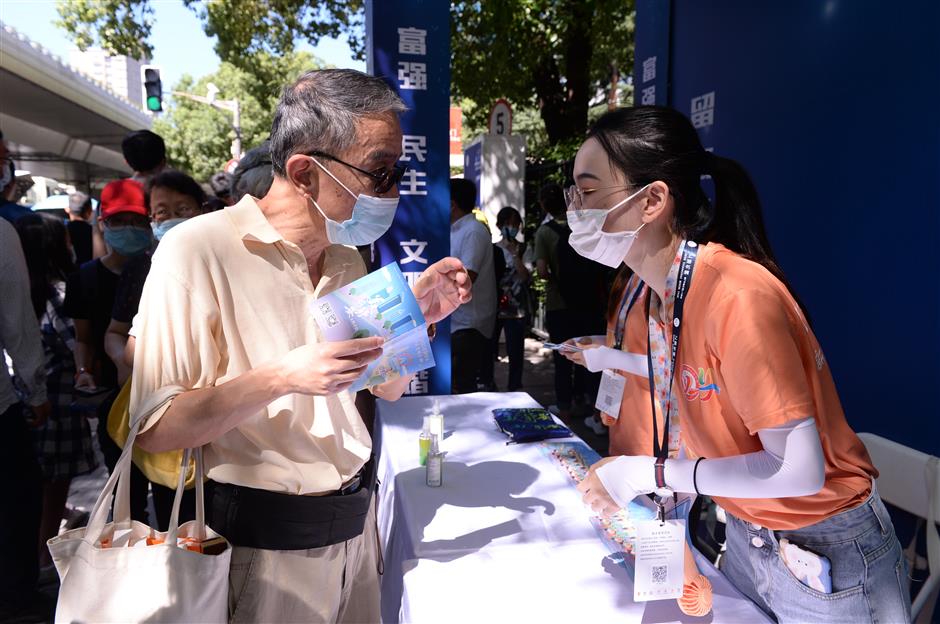 This month, Shanghai’s annual book fair took place at the Shanghai Exhibition Center in Jing’an District, and visitors’ health and safety were of utmost importance.

Local university students sacrificed some of their summer vacation to volunteer work.

Shen Hongxing from Shanghai Xingjian College maintained order in the long queues outside the venue.

“Please prepare your ID card and QR code. You can’t get in if you don’t go through real-name registration. Tickets are not sold on site,” Shen said loudly again and again as sweat poured down his face, drenching his mask.

“The annual book fair has always been popular,” Shen said. “As a volunteer, I had to be patient and offer good service.”

His schoolmate Qian Yu is also a volunteer. “I come to the book fair every year,” Qian said. “I’m happy I was chosen to be a volunteer.

Yes, it’s hard work, but the memories are unforgettable, especially coming in the midst of the global pandemic. I just want to do my part.”

According to the Jing’an Civilization Office, the book fair recruited students from 30 universities to serve as volunteers, working from 9am to 5pm every day.