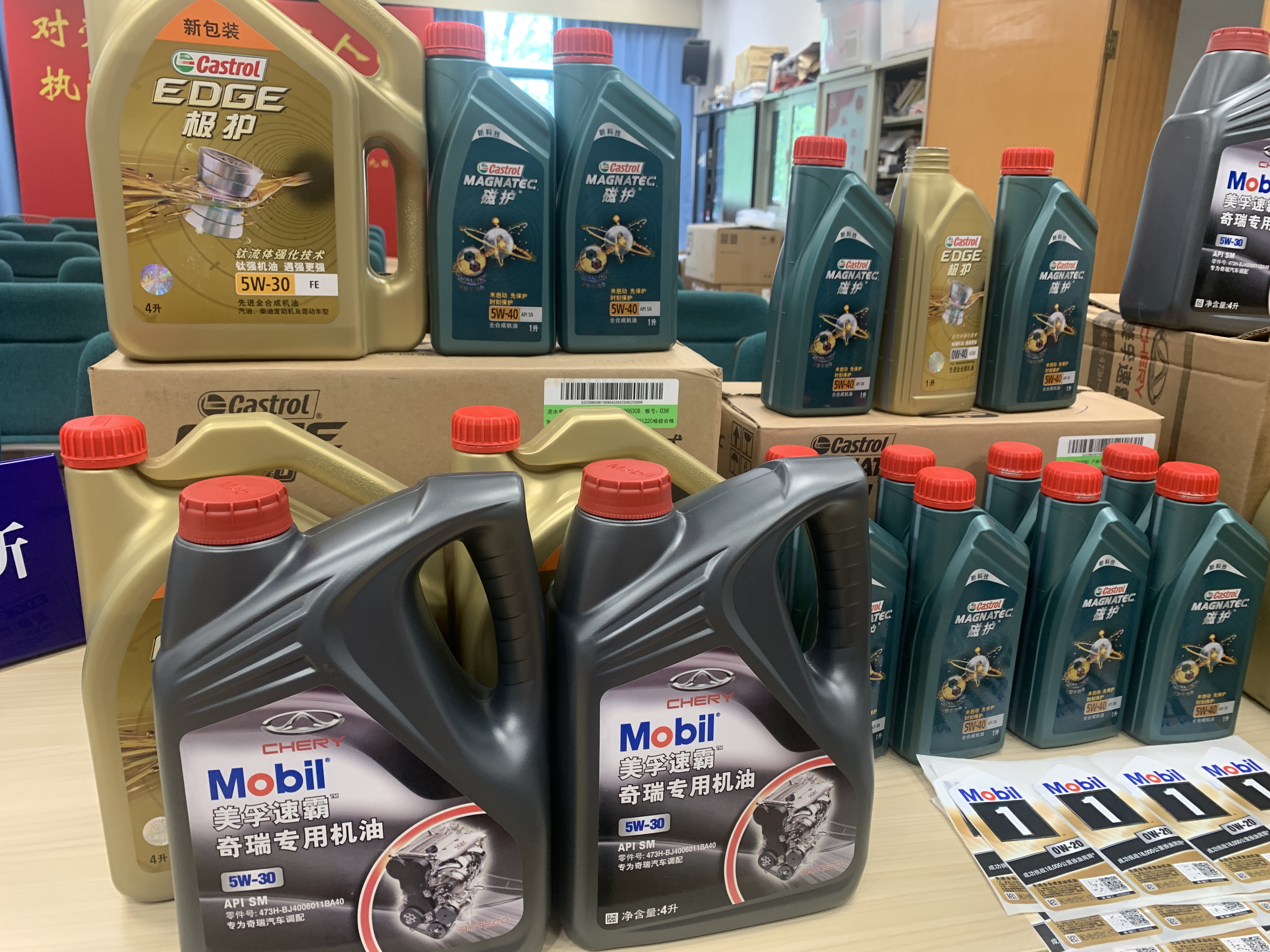 A total of 22 people have been caught for allegedly producing and selling fake machine oil of famous international brands, Shanghai police said on Wednesday.

The oil was produced in a logistics park in Henan Province and sold to wholesalers and through an Internet shop to retail customers, police said.

Police in Putuo District began an investigation in June this year when they found that fake oil of international brand names was being sold on the Internet.

The owner of the shop was located in Henan, and more suspects involved in the case were uncovered.

The fake oil, which cost 55 (US$8) to 60 yuan for 4 liters, was sold at 100 yuan per 4 liters to wholesalers and to retailers at prices significantly lower than authentic oil, police said.

The suspects were rounded up from Henan and Shanghai in a recent police action, with over 8,700 barrels of fake oil seized. Police said that amount of authentic oil would be worth over 100 million yuan.