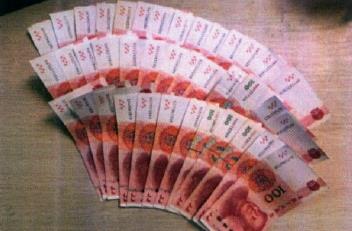 A portion of the money stolen by Shi from her clients.

An ayi (domestic helper) who stole 9,400 yuan (US$1,374) from her employers was barred from the domestic service profession for three years. This is the first sentence of its kind in the field of domestic service, Changning District’s procuratorate said recently.

The woman, surnamed Shi, was also sentenced to eight months in jail with fines of 1,500 yuan, it added.

In April, a man found that 3,000 yuan was missing from his bedside cupboard and reported the matter to the local police. When realizing that the man employed an ayi through an app, the police looked at Shi as a strong suspect.

After being arrested on the same day, she confessed to the theft and other crimes, according to prosecutors. She said that during March and April, she stole 9,400 yuan in total from four families.

Considering that she took advantage of her job, the court and the procuratorate said Shi is not allowed to work as an ayi for the next three years.