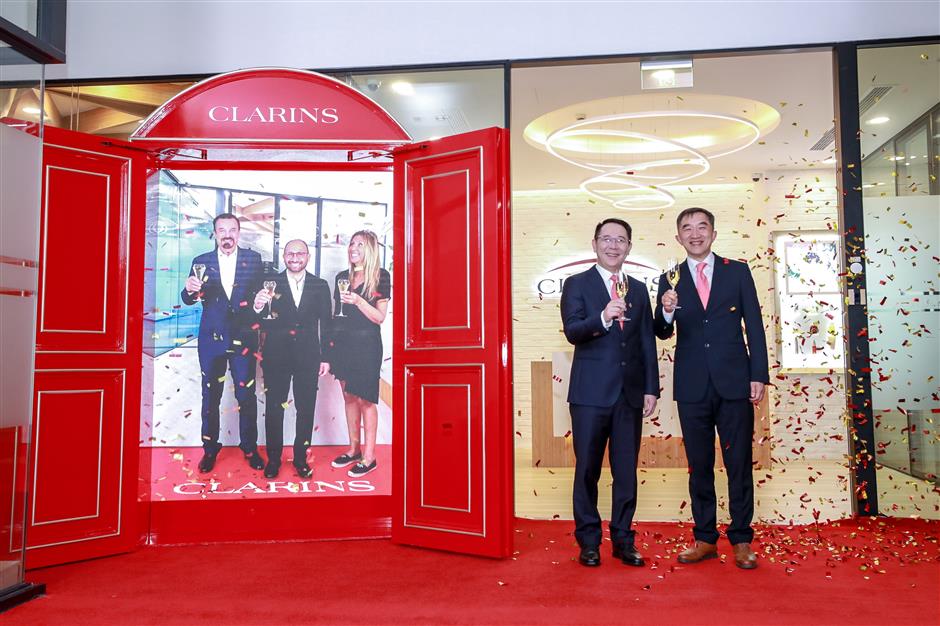 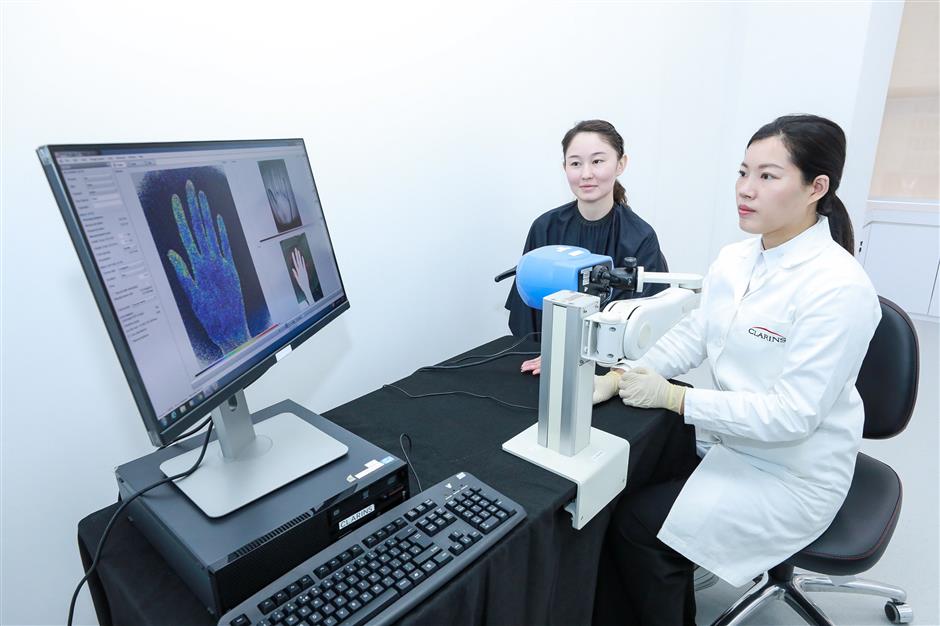 The new lab will specialize in skincare specifically for Chinese customers.

It uses advanced devices and technologies imported from US and Europe, such as 3D photography and a blood perfusion imaging system, to test the effects of Clarins' products on Chinese customers.

According to managing director Olivier Courtin-Clarins, it hopes to explore traditional Chinese medicine in research and development.

“We perceived huge potential in cooperation when we visited China to seek business opportunities in 1999. Since then, we’ve been making innovations for Chinese customers. Today, we want to take a step further,” he said.

Clarins opened an office in Jing’an in 2010, and it became the group’s regional headquarters in June this year. Last month, it established an e-commerce company in Jing’an.

“Jing’an is perfect for multinational companies and the beauty industry to settle down because it has good business ambiance,” said Alan Zhong, executive vice president of the Chinese arm of Clarins. “The south side of Jing’an has a cluster of office buildings while its north side is a highland of technological innovation. So, Clarins opened its regional headquarters in the south, and the lab in the north.”

According to the district government, it has provided one-on-one, one-stop services to Clarins, such as helping it find the best location for the lab.

“We couldn’t make it without support from Jing’an authorities. Now, our businesses from R&D, trade and e-commerce are all rooted in Jing’an. We are confident about our future in China,” Zhong said.

Jing’an is considered an optimum choice by international beauty companies as an entry point into China. It is now home to the regional headquarters of Japan’s Kanebo, La Prairie from Switzerland, doTERRA from the US, and France’s L'Oréal, Sisley and L'Occitane, among others.