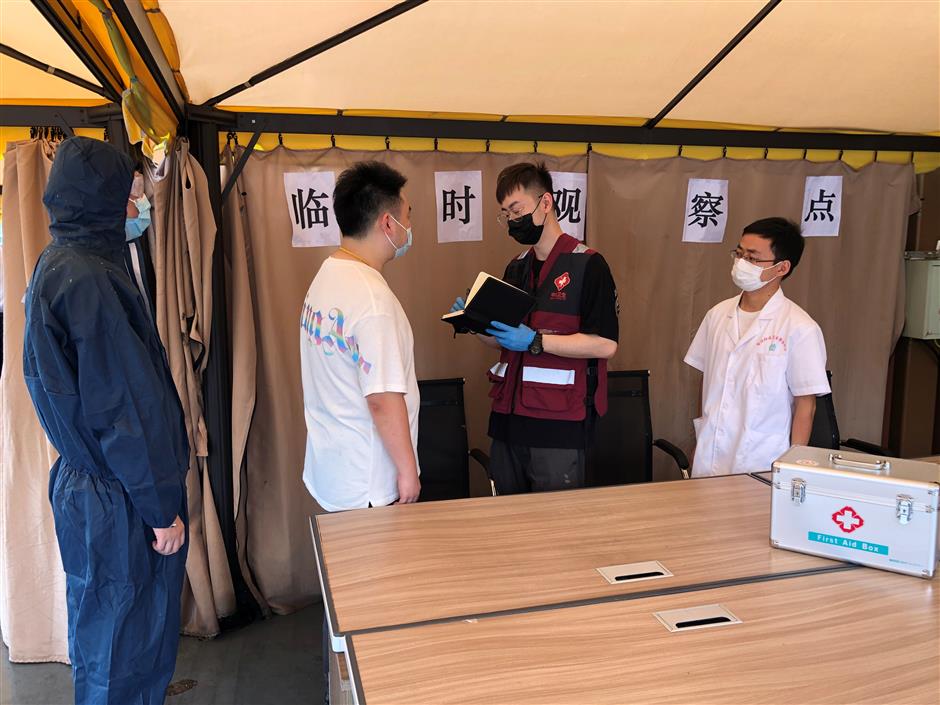 A Metro passenger with a body temperature above 37.3 degrees Celsius is taken to a special site for medical observation during the drill.

The city’s transport commission conducted a special epidemic control drill at Metro stations on Tuesday, as part of its plan to safeguard traffic operations during this year’s China International Import Expo in November.

At East Xujing Station on Line 2 next to the National Exhibition and Convention Center, where CIIE is hosted, responses to situations such as abnormal passenger temperatures, passengers without masks and illness were practiced.

Those feeling unwell or with body temperatures higher than 37.3 degrees Celsius will be taken to a special site near the station for further observation. Their travelling routes will also be disinfected.

According to metro administration, if passengers show signs of sickness after leaving the station, they can go to the service station for medical help.

“Our main focus this year will undoubtedly be prevention and control of the epidemic, as well as ensuring traffic safety and order, hopefully bringing a better transport experience,” said Zhang Wei from the Safety Supervision Office of Shanghai Transport Commission.

To relieve transport pressure on Line 2, East Xujing Station has also improved the evacuation capacity of exits 5 and 6 by 40 percent to prepare for large passenger flows.

According to the transport commission, safety plans in terms of epidemic control around the CIIE venue include temperature monitoring, setting up health inspection sites and service centers. 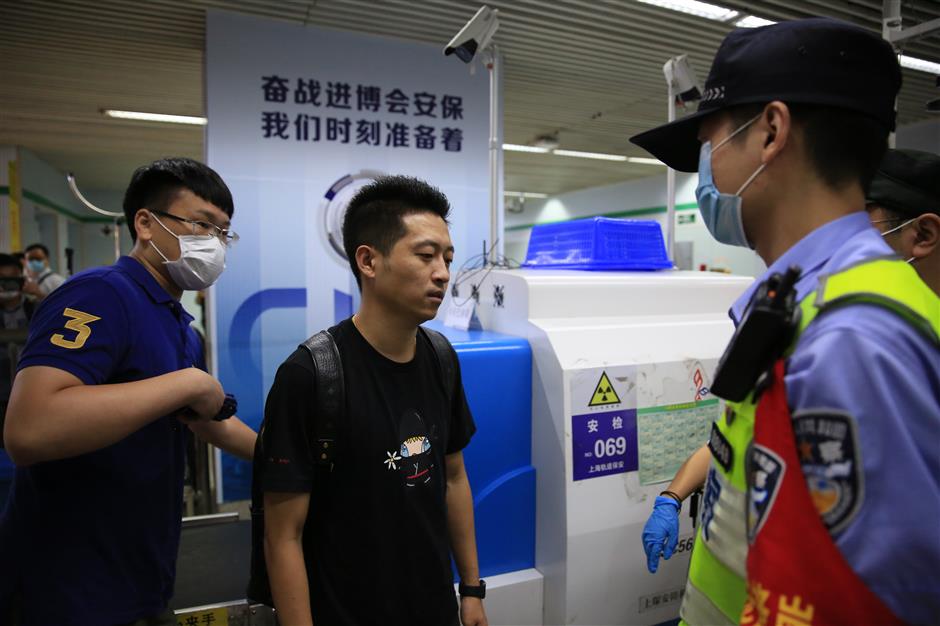 Inspection workers at East Xujing Station on Line 2 stop a man without a mask from entering the station during the drill.