Fifty expats from 19 countries and regions were given the Magnolia Silver Award on Wednesday in acknowledgement of their contributions to Shanghai’s development.

The recipients this year include those involved in economy and trade, finance, technology, education, culture and health. They brought excellence and innovation to help build Shanghai into an international hub.

Some are senior managers of companies, including InterContinental Hotels Group, Shiseido, YKK China and Inditex Group, as well as scientists, engineers, artists, educators and a football player.

Zhang Xiaosong, director-general of the city’s foreign affairs office, said 2020 was a special year due to the COVID-19 pandemic, a great challenge confronted by the whole humanity.

“I would like to congratulate sincerely all the recipients of the award, who have fought against the pandemic through charity, technology research and social welfare, and united with Chinese people in their determination to overcome the odds and the difficulties.

“Your love and humanism shine brightly in the times of the community of a shared future. Your contributions have together written a new chapter for Shanghai’s economic and social development.”

German Lutz Frankholz, managing director of TUV Rheinland (Shanghai) Co Ltd, who has been in Shanghai for nine years, said he was honored to have won the award.

“I would like to thank the Shanghai government for the support we’ve received in the past years and countless Chinese friends who have helped us feel at home.” 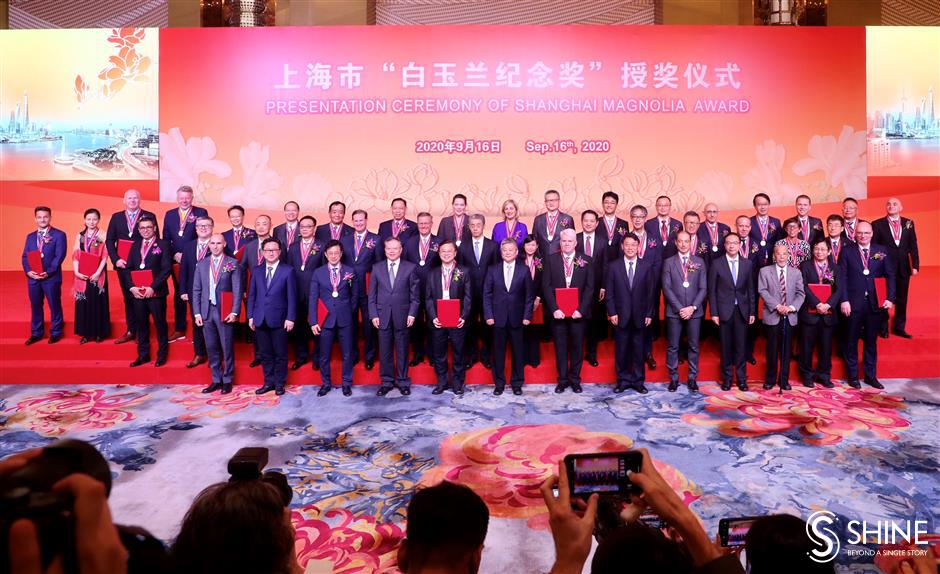 Winners of this years' Magnolia Silver Award are pictured at the presentation ceremony on Wednesday afternoon.

Rheinland Shanghai raised 500,000 yuan (US$74,000) for the treatment of COVID-19 patients at Zhongnan Hospital in Wuhan, Hubei Province.

The company also joined the Alibaba Charity Fund during the Spring Festival and provided free services for the inspection of medical material qualifications.

“Our company will continue to provide reliable services for China with access to the global market and jointly cooperate to leave this crisis behind. I do not regret the decision of moving to Shanghai. It’s a place favorable for development,” Frankholz said.

Istvan Henrick Back, general manager of Back & Rosta Information Technology, also serves as the representative for the Hungarian National Museum in China.

His company excels in the application of new technology for the cultural industry in China through the realization of digital museums.

Its self-developed “magical wall” product has been accepted by renowned museums including the China National Museum, the Palace Museum, Shaanxi History Museum and Yunnan Provincial Museum.

“The digitalization of collections and art pieces can push information sharing and the interaction of audiences. We really wish to resume all the foreign exhibitions and cultural communication in China after the pandemic is well-handled abroad.” 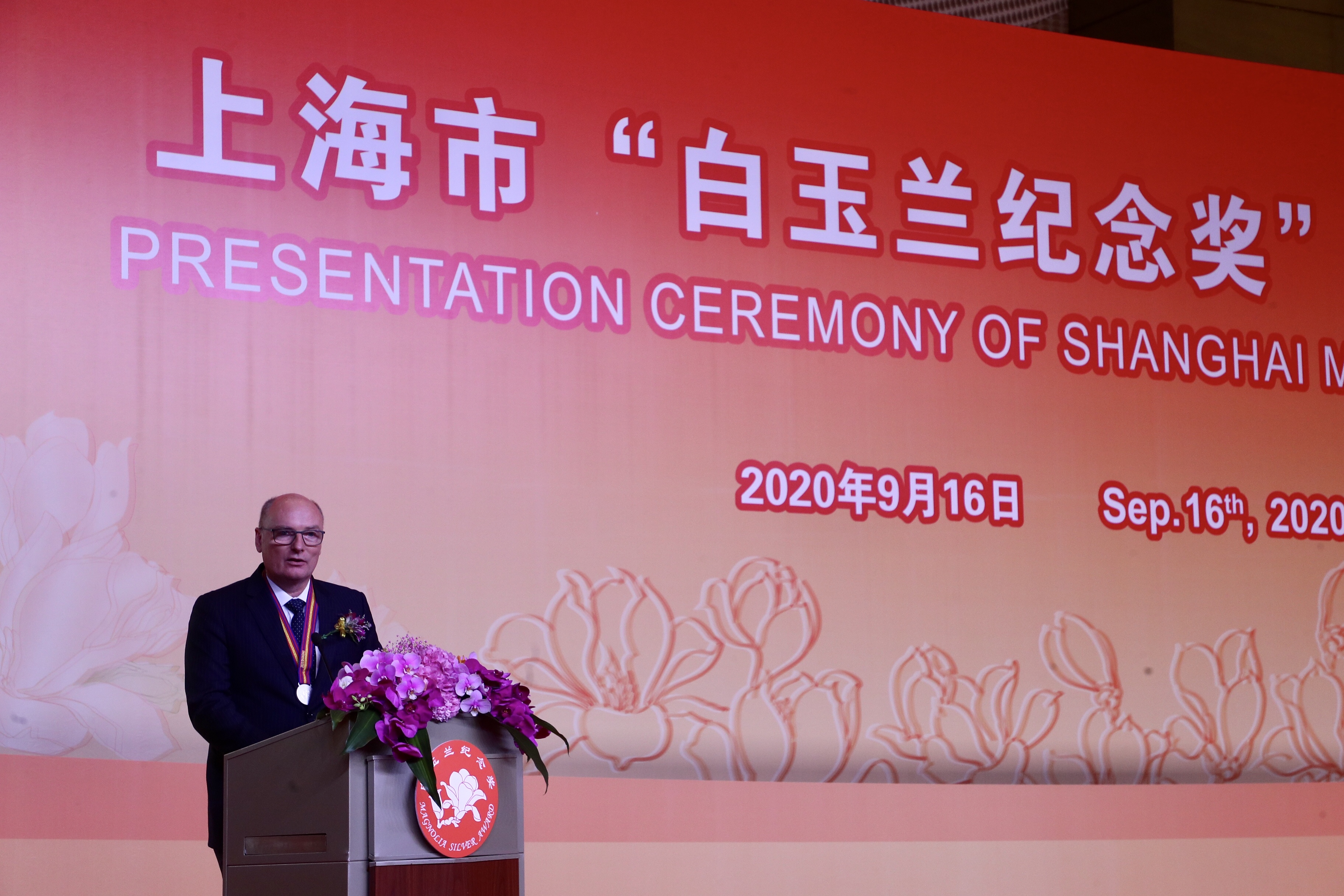 Back, who can speak fluent Chinese and Shanghai dialect, views the city as his second home.

“I came when I was still young and I felt the vibrancy of the city which was amazing and still is. It’s a great place for both work and living.”

Daryoush Ziai, president of Schindler (China) Elevator Co, who has been in Shanghai for 10 years, has dedicated himself to long-term investment as well as social welfare in Shanghai.

Schindler provides student subsidies in Shanghai and Sichuan Province every year and gave 5 million yuan for the fight against the pandemic.

“This award is a recognition of our continuous contributions to Shanghai and other cities in China. I’m particularly proud of what we’ve done for the future of youngsters, to help them grow into experts in their fields,” he said.

This year’s winners also include Colombian Giovanni Moreno, captain of Shanghai Greenland Shenhua football team, the only sportsman to be awarded this year. In 1995, the then Shenhua player Gocha Zhorzholiani also won the award.

The Magnolia Silver Award was established by the Shanghai government in 1989 to honor foreigners for their contributions to the city.

Zhang, the foreign affairs office director-general, said 1,266 expats had received silver awards in the past 30 years.

“Shanghai is a city of great charm and warmth. I sincerely hope that all the friends in the Magnolia family can be as close as family members who help each other in solidarity,” he said.

“Let us seize the new opportunities of the new era and work together to create a bright future.”