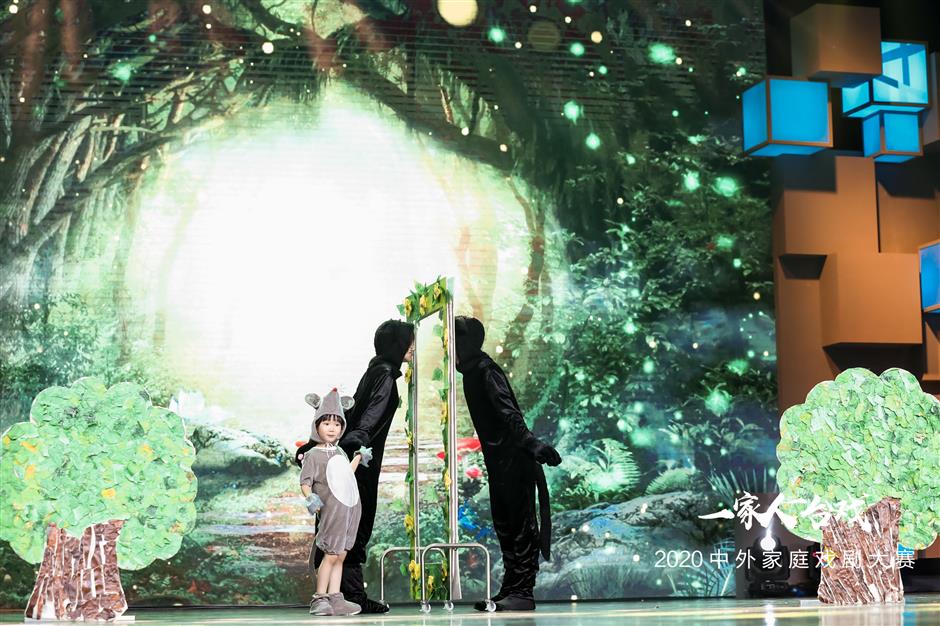 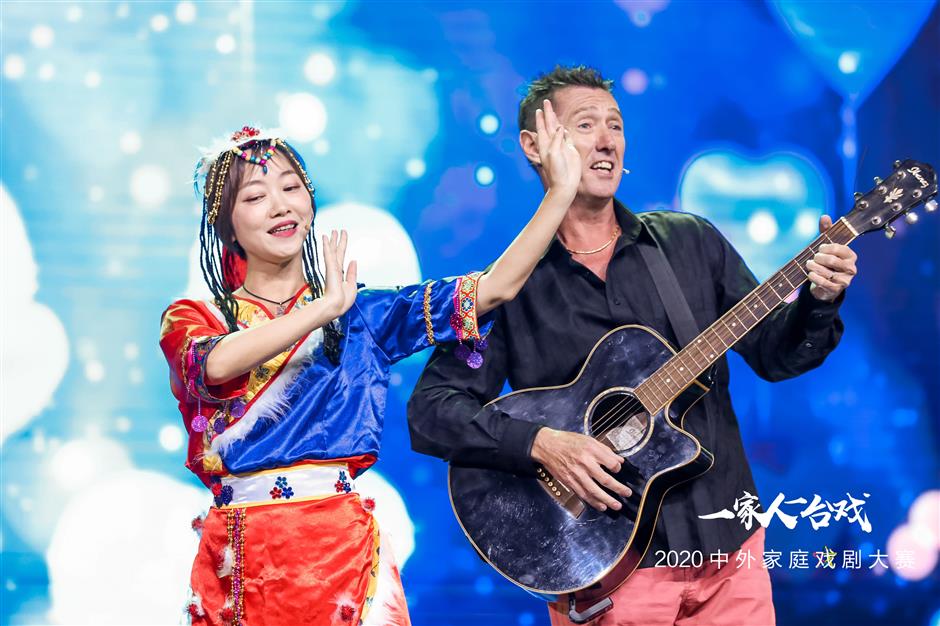 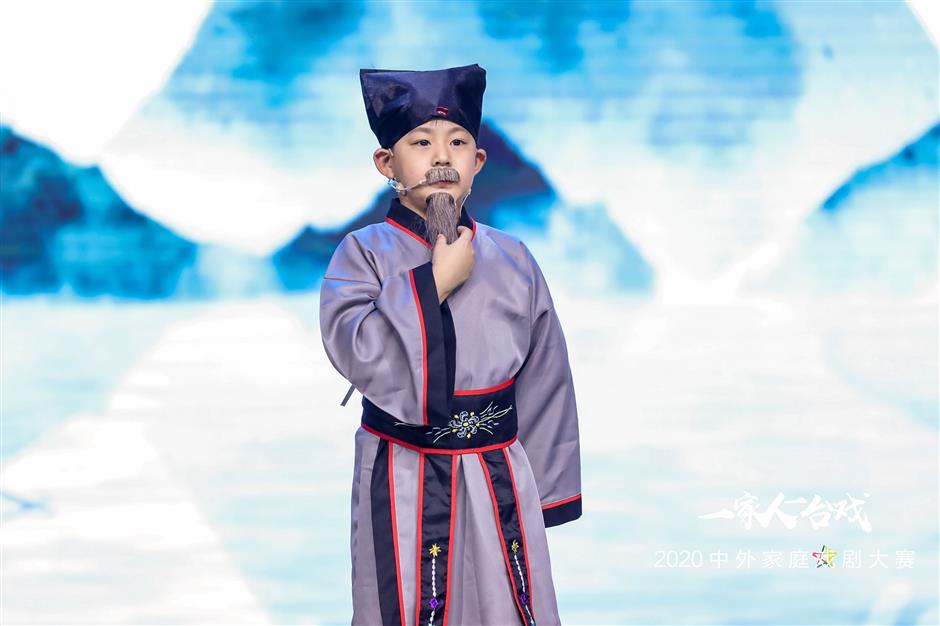 Although COVID-19 has forced local cinemas to cancel most movies, some have made the best of the situation by hosting talent shows on their stages.

This month, 10 families from Jing’an District performed in the finals of Jing’an’s 2020 Chinese and Foreign Families’ Drama Contest at Daning Theater.

Graeme Blevins from the United Kingdom, nicknamed Xiao G by his mother-in-law Shen Jinmei, performed a music and dance routine with his Chinese relatives. His wife, Zhou Ping, and father-in-law, Zhou Bingcheng, opened the show with traditional dancing from the Tibet Autonomous Region. Later, Shen performed a classic Peking Opera aria. To close the show, Blevins took the stage with a guitar, and the family of four sang a popular Chinese love song.

“I’ve been living in Shanghai for 15 years,” Blevins said. “I think Shanghai is the best. I love Chinese culture, and I love Peking Opera.”

Zhou said she and Blevins met at a gathering in Xintiandi 15 years ago and got married two years later. Now, the young couple and Zhou’s parents live on different floors in the same building.

“The competition has brought us closer together,” Zhou said. “We visit each other more frequently. This is my first time performing on stage with my parents. I’ve sent videos of our performance to my in-laws back in the UK. They said they could feel our happiness.”

“I love Shanghai-style rap, which has greatly influenced my grandson,” said Zhou’s grandfather Wang Genrong. “He can now speak Shanghainese very fluently. He won a Shanghainese competition when he was just 5 years old.”

Performer and producer Lin Quan and his daughter Lin Hanqi performed after she decided to abandon her fencing hobby because his business was hit hard by the coronavirus outbreak.

“It has bridged the generation gap, and we have become close friends,” Lin said. “I hope my daughter never forgets the time she spent growing up with her parents when she’s an adult.”

After a preliminary round, 115 families reached the semifinals, where they performed in front of a live audience. Ten families performed in the final round.

Luo Xin, a well-known local TV anchor and one of the competition’s organizers, commented on how much time people spent at home during the COVID-19 outbreak, which triggered many family disputes.

“We hope local families can talk about conflicts they’ve gone through to educate others and bring families closer together,” Luo said.