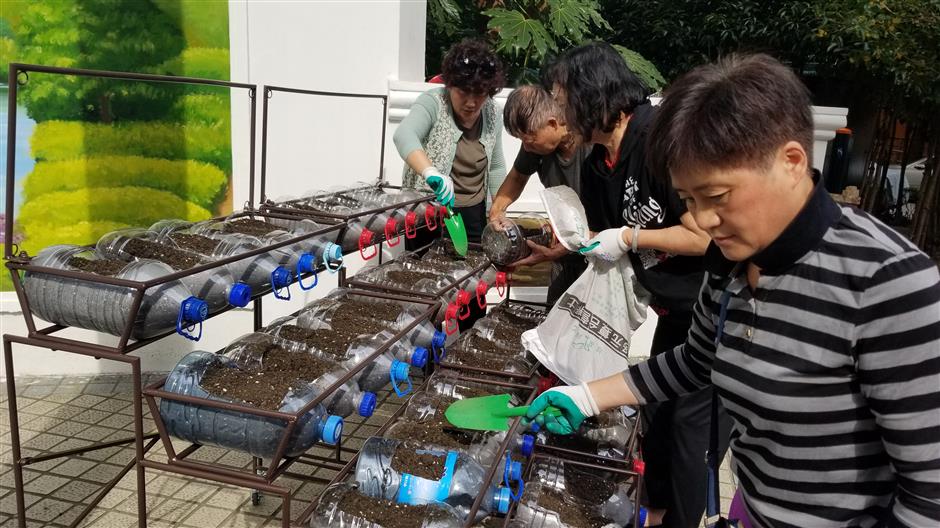 Guided by the Shanghai Xianfeng Environmental Protection Social Service Center, volunteers cleaned and placed the plastic waste in the middle of the residential complex’s outdoor square. Residents filled the empty bottles and buckets with soil and planted vegetable seeds.

Subdistrict officials said it not only improves the local environment but also delivers the message of protecting the environment. 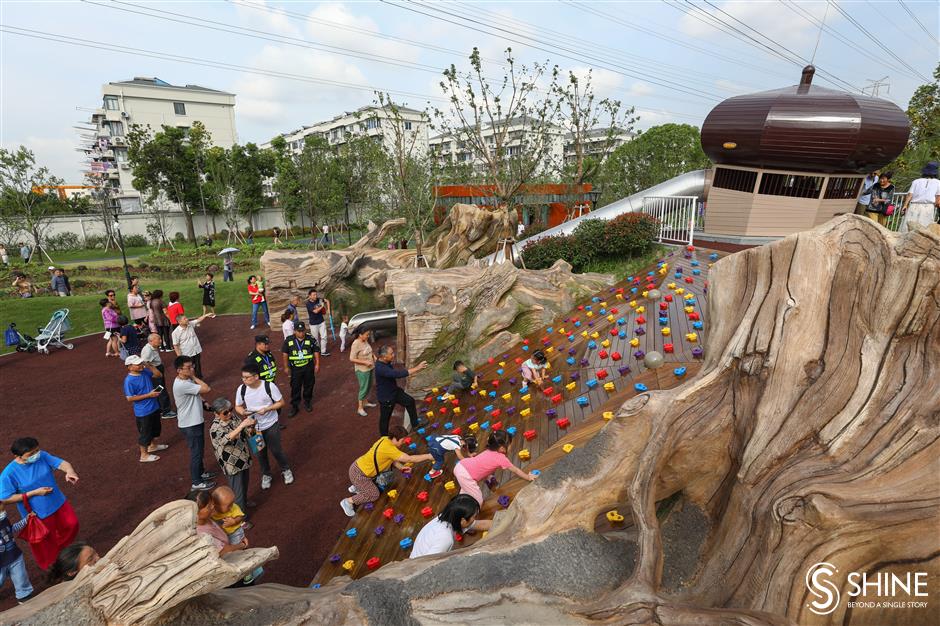 Located in the midst of Jing’an residences, the Pengpu Four Seasons Park is now open — and is like a mini version of New York City’s Central Park.

The largest park in the area, it offers local residents a place to enjoy natural scenery, walk their pets and exercise.

With greenery covering more than 70 percent of the park, there are plants that flower throughout the year, including plum, cherry, Chinese rose and wisteria.

Renovation began at the end of 2017. District authorities said the site was previously overrun with wild grass and illegal structures. They’re proud the park both improves the local environment and helps bring neighbors closer together. 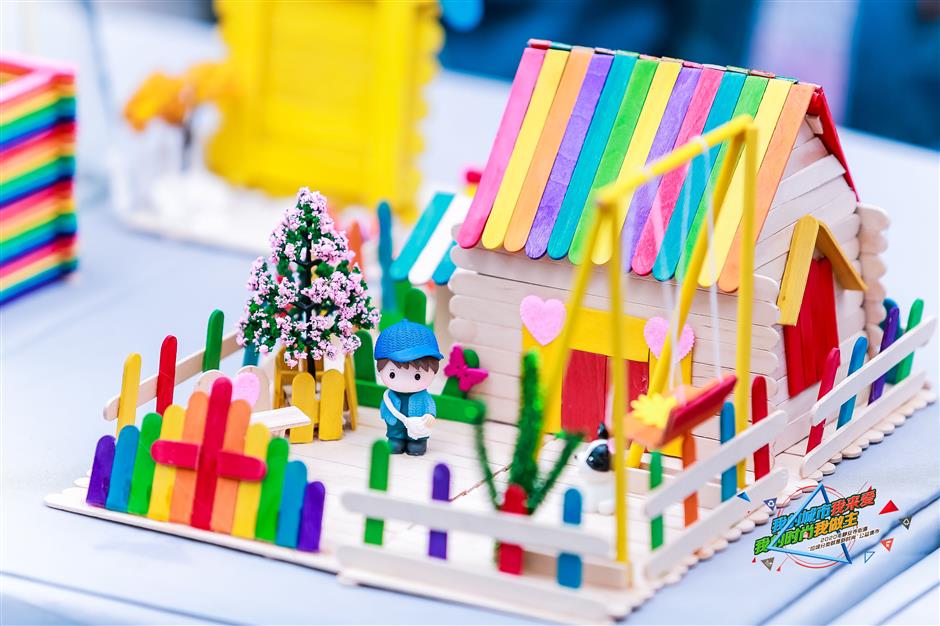 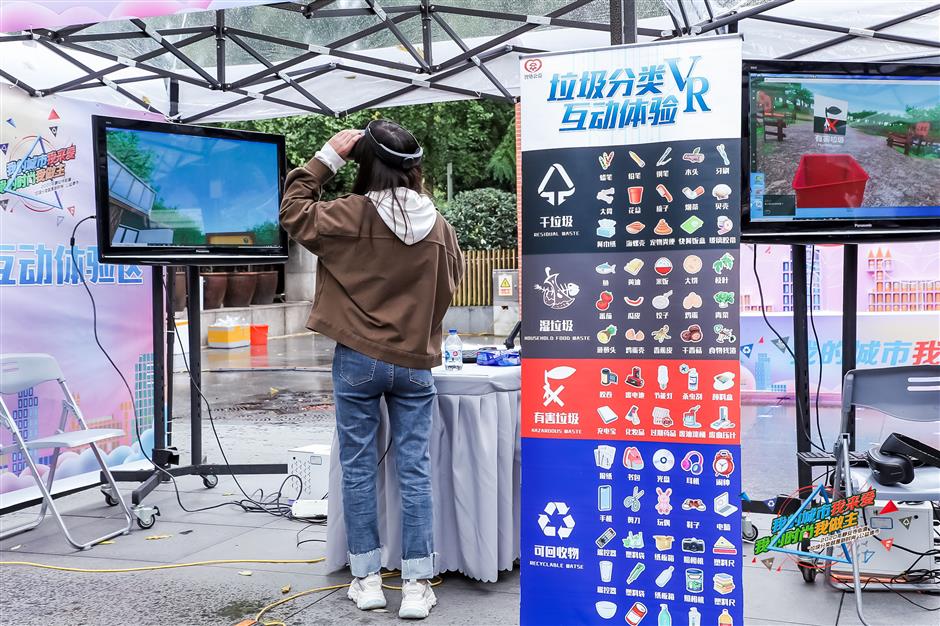 The fair featured an educational session about recycling waste, showing how discarded food can be converted into organic fertilizers that can be used on home gardens.

Waste cans were configured as models of the subdistrict’s landmarks, such as Jiuguang Department Store and Jing’an Temple.

An interactive virtual-reality game enabled people to learn how to have fun while sorting waste.

The icing on the cake came in the form of cameos by celebrities such as Olympic champion diver Wu Minxia, who helped promote a greener lifestyle. 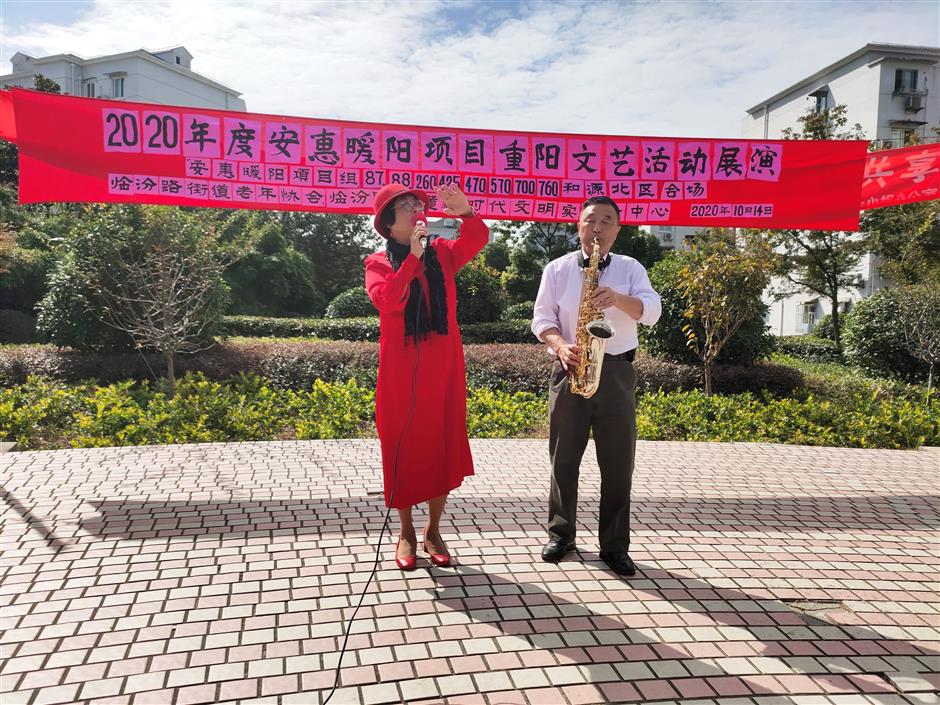 Linfen Road Subdistrict organized a variety of activities to serve and entertain seniors ahead of the Double Ninth Festival, a day dedicated to the elderly which took place on Sunday.

Local volunteers visited elders who live alone to check their gas stoves and other electric appliances.

To show their appreciations, local seniors staged performances of Yueju Opera, sang folk songs and played hulusi, a gourd flute made of bamboo. 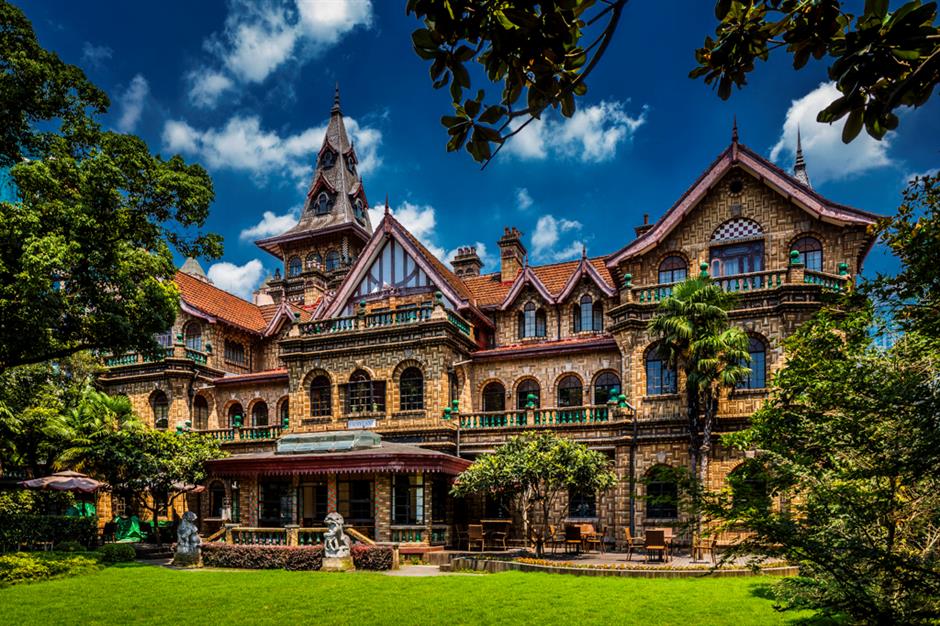 The fairytale-like Moller Villa Hotel on Shaanxi Road S. has been chosen as one of the 20 most popular historic buildings in Shanghai, according to the Shanghai Culture and Tourism Bureau.

Completed in 1936, the Scandinavian-style hotel is like a castle straight out of a Hans Christian Andersen fairytale. Replete with multicolored Gothic and Tudor steeples, gables and spires, Moller Villa was a gift from British businessman Eric Moller to his daughter. 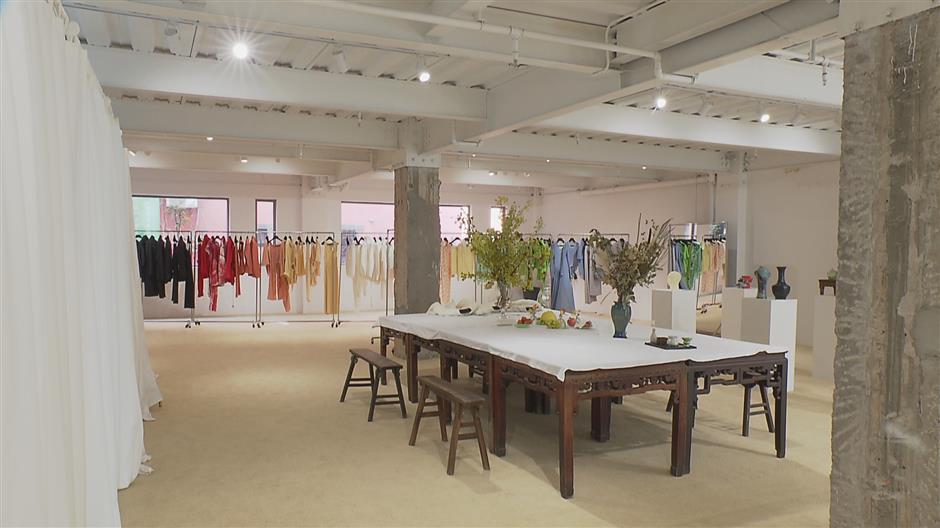 Several Jing’an fashion landmarks doubled as major stages for this year’s Shanghai Fashion Week that ran from October 8 to 16.

Showroom Shanghai, a major fashion fair during Shanghai Fashion Week, staged a 2021 spring and summer show at the Shanghai Exhibition Center with displays of more than 150 brands, 40 percent of which were new to the event.

According to Showroom Shanghai officials, the pandemic has accelerated the iteration and renewal of brands.

For instance, the number of fashion jewelry brands requesting spots in the event doubled, but only 23 of them were selected due to limited space.