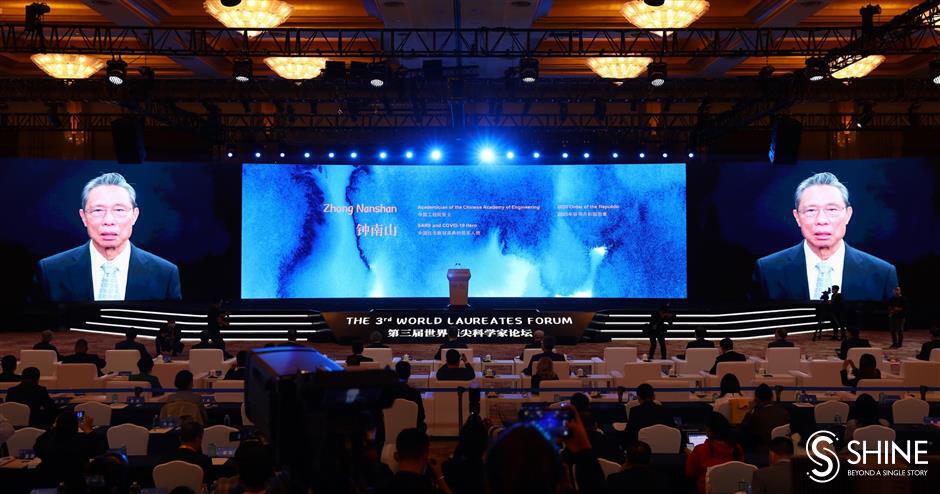 The conference theme was “Science and Technology for the Common Destiny of Mankind,” and the 84-year-old who was awarded the Medal of the Republic for his outstanding contribution in fighting COVID-19 said the anti-virus fight relies on international cooperation.

“I found that scientists have a common language in early diagnosis, transmission routes and others,” he said. “The best solace to those who sacrificed their lives in the anti-virus fight is to make every effort to develop vaccines and virus testing.”

That the pandemic had made some medical experts icons for young people was a good thing, according to Zhong. He stressed that science stars should interest the young in science.

Structural biologist Raymond Stevens said only by promoting basic science and international cooperation could we transform theory to reality.

Stevens received Shanghai’s Magnolia Silver Award in 2017 and the Gold Award in 2019 in recognition of his contributions to the city’s development. He was also awarded the 2019 International Science and Technology Cooperation Award, the nation's highest scientific honor for foreign scientists, 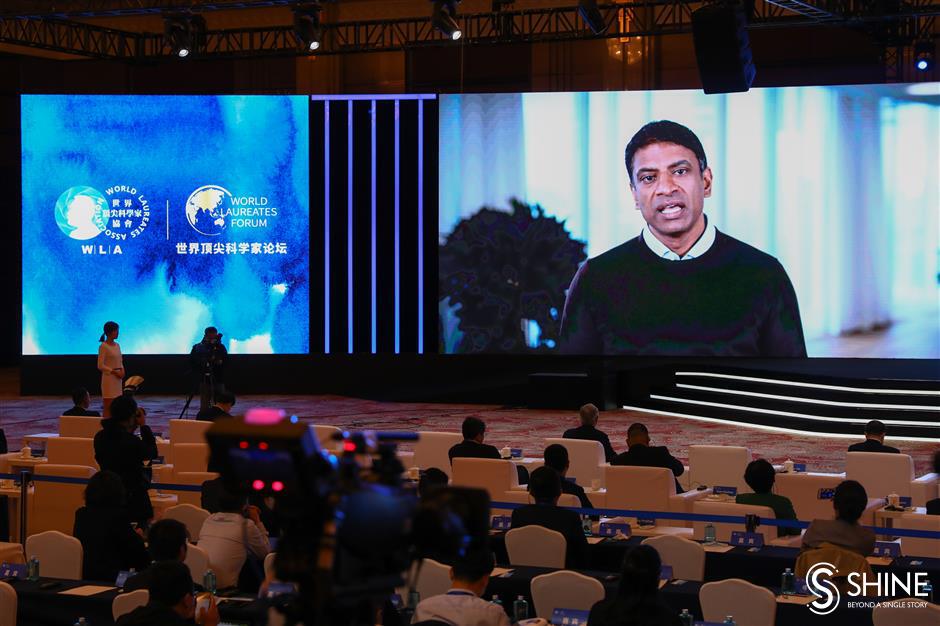 Vasant Narasimhan, CEO of Novartis, delivers a speech at the conference.

Vasant Narasimhan, CEO of Novartis, said joining forces is more important today than perhaps at any time in history.

“Societies and health-care systems face unprecedented challenges, such as rapidly aging societies, increases in chronic disease and the spread of infectious disease that — as we have seen most recently with COVID-19 — can lead to global pandemics with untold consequence on people’s lives, on health systems, on economies and more,” he said.

A recent example of effective collaboration was initiated by the Bill and Melinda Gates Foundation, and 16 global health-care companies, which was the most expansive and ambitious pandemic R&D response effort so far.

However, scientific solutions are not enough, he said. Equitable global access to diagnostics, therapeutics and vaccines could help tackle the pandemic at a global scale.

“If we pursue multidisciplinary collaboration, generate a rich and diverse talent pool, and create an innovation-friendly ecosystem, I believe we can accelerate our collective journey to find and develop more effective treatments to meet the needs of patients and societies,” he said.

China is Novartis’ third-largest market and the company is seeking a greater share in the domestic market.

Narasimhan told the conference that Novartis and the World Laureates Association will soon conclude a Memorandum of Understanding to be signed in Shanghai during a ceremony in early November.

The company is also in consultations to provide office and laboratory facilities to the association at the Novartis Shanghai Campus. They will together cultivate the next generation of scientists working in new pharmaceutical research and development, he said.