Pudong aiming to be highland for robotics 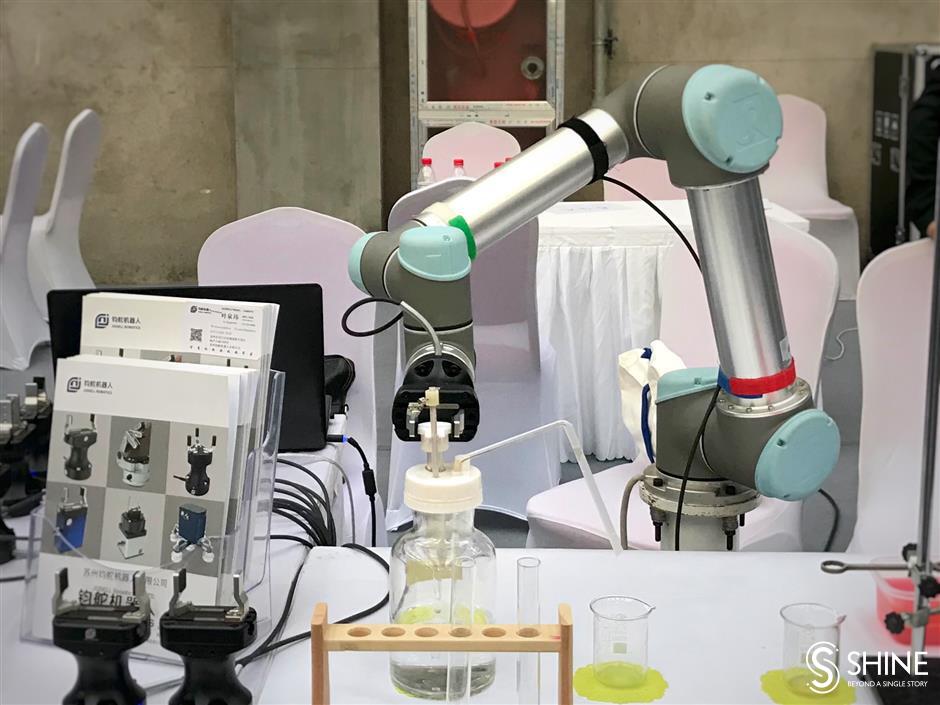 A robot developed by Jodell Robotics can do some simple lab work.

The Pudong New Area has released a three-year plan to make it a highland of robotics.

Pudong, home to over 100 industrial companies that include ABB, CSG and FN Robotics, gained an industrial output value of over 15 billion yuan (US$2.3 billion) in 2019. It hopes reach 50 billion yuan in 2023, making the district China’s leading robotics highland with global influence.

Under the plan, Pudong will make breakthroughs in intelligent perception, human-computer interaction, brain-computer interface and other cutting-edge technologies. Its focus will include health care, elderly care, rehabilitation and education.

The construction of Zhangjiang AI Robot Valley is an important step.

The valley is set to cover 3.9 square kilometers on completion. It aims to build a robot community covering the whole industry chain. Phase-one construction will focus on high-end medical robots and AI service robots. 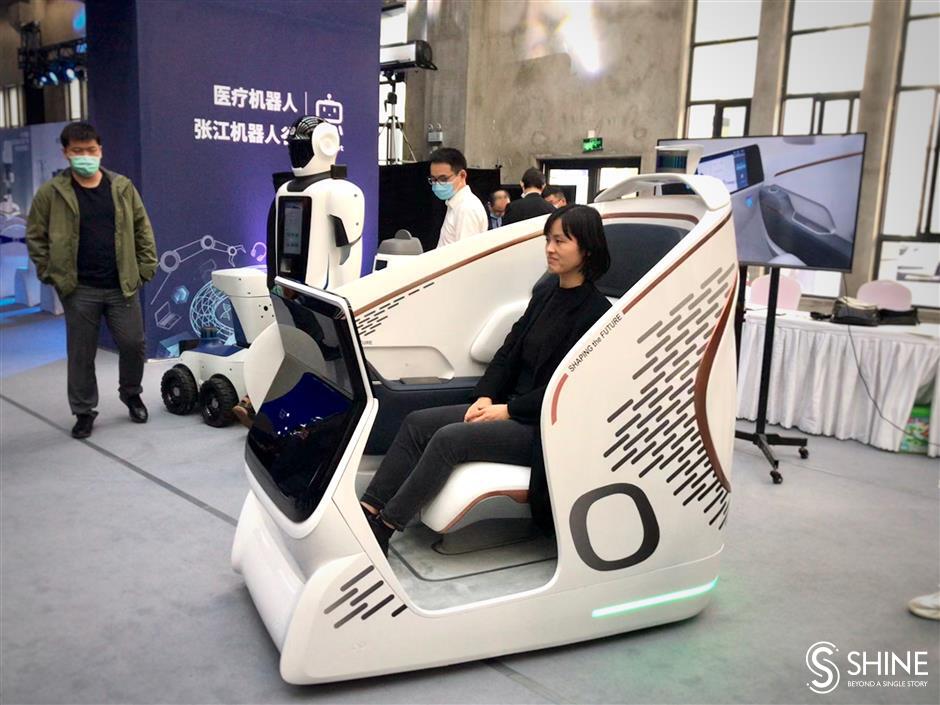 A woman tries out an unmanned vehicle set to be used in airports.

Currently, over 80 companies, startups and innovation institutes in robotics have settled in Zhangjiang, generating an annual output value of 11.7 billion yuan.

“We’ve introduced many robot projects. They represent the latest fruits in the application of robots in life science,” said Yuan Tao, chairman of Zhangjiang Group. “Together with our advantageous industries in AI software and hardware, they will form a good industrial ecosystem, from R&D in Zhangjiang, manufacturing in Zhangjiang to use in Zhangjiang.” 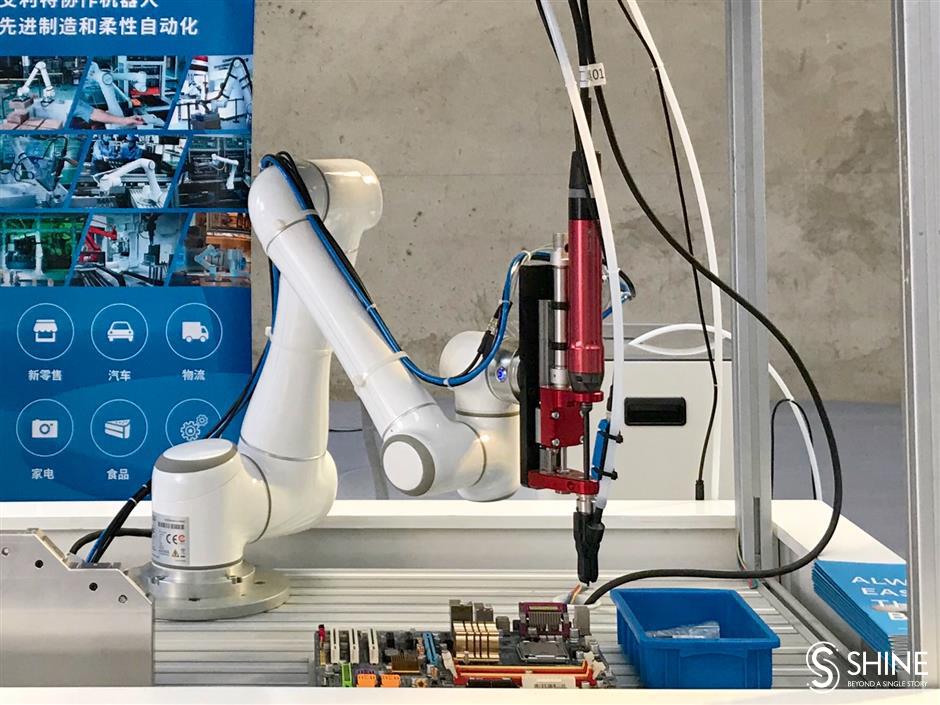 Robots developed by Elite Robot can replace some human tasks in factories.

Jodell Robotics is one of the newcomers to the valley. It’s known for the invention of a robotic hand which can carry out lab work.

“Here in Zhangjiang, companies can find cooperation and complementarity. Like my company is making robot hands, and we can find another company making robot bodies to seek cooperation,” he said.

The output value of its smart manufacturing industry, based on industrial Internet and robotics, now accounts a quarter of the city’s total. It will have a 5.5-square-kilometer industrial park to further explore the combination of robotics with other industries.

“We will continue to work to create and provide more application scenes,” said Zhao Ruichun, deputy Party chief of Jinqiao Group. “We will promote the use of drones, unmanned vehicles, delivery robots and others in every corner of Jinqiao.”

He added: “We will also encourage traditional factories to build unmanned workshops and automatic production lines.”