The COVID-19 pandemic has been keeping people indoors with many complaining about putting on weight because of eating more and exercising less.

At the ongoing third China International Import Expo, enterprises are offering new ways for people to exercise at home via games and online products.

In a sports zone at the consumer goods pavilion, Chinese game developer Tencent is promoting a Japanese video game console, the Nintendo Switch, and its "Ring Fit Adventure" game. 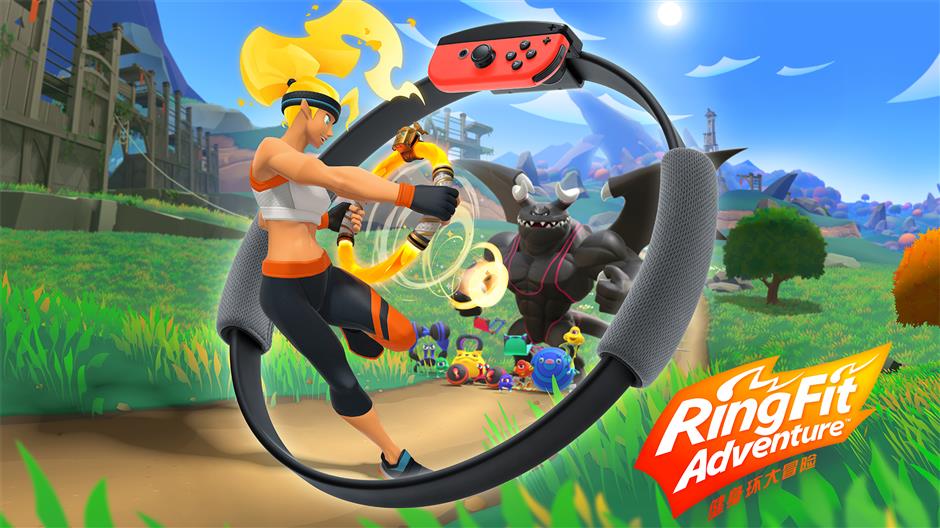 "Ring Fit Adventure" is a motion-sensing game which combines adventure with fitness. With a hand-held “magic ring,” players can fight a monster while performing more than 60 exercises for different parts of the body.

Players can set their own exercise intensity and check their heart rate. The system can calculate how many calories they burn.

"It's new and good to do such indoor exercises while playing games," a man surnamed Sun said. "It seems that you are just playing a game but it's never an easy job. I felt a bit tired and sweaty only after a short time." 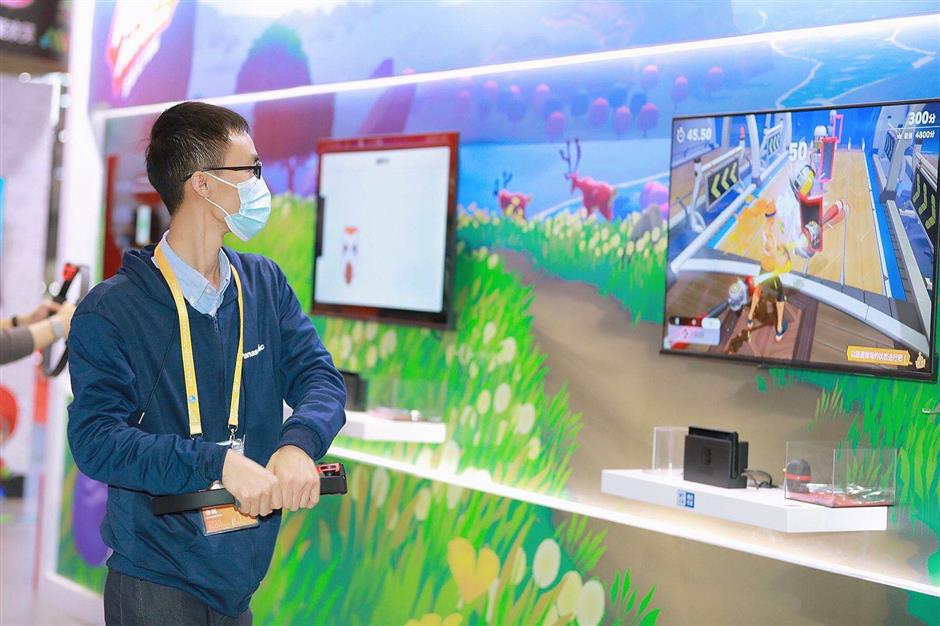 A man squeezes a device to hit a target in the "Ring Fit Adventure" game.

Nearby, Japanese sports equipment maker Yonex has built a small badminton court at their booth to let visitors try their rackets.

During the pandemic, Yonex provided some online products for sports lovers to perform simple badminton exercises as well as some physical training on their own at home.

They invited badminton world champions to give courses via videos and shared healthy diets. 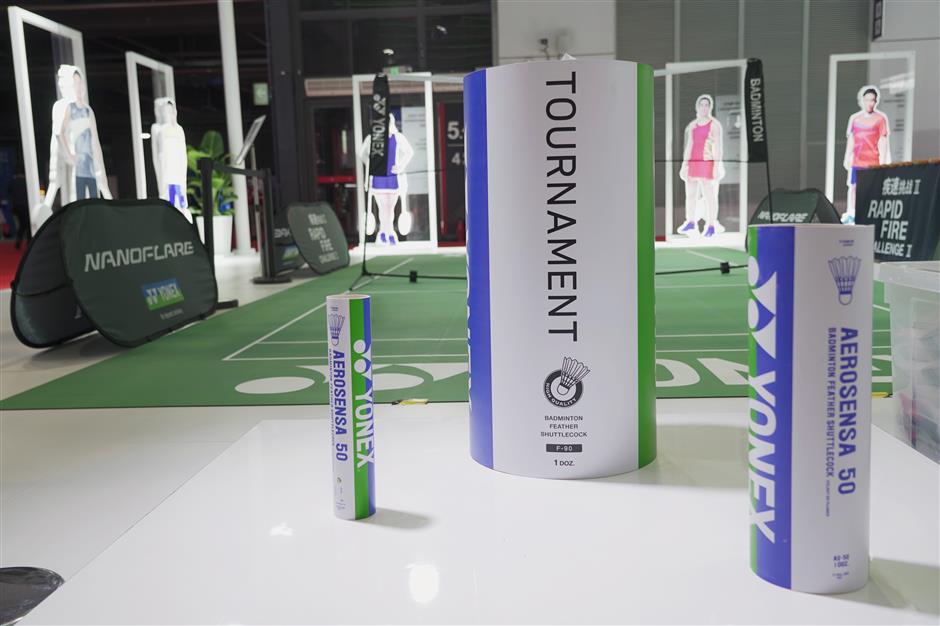 Japanese sports equipment maker Yonex has a small badminton court at its booth. 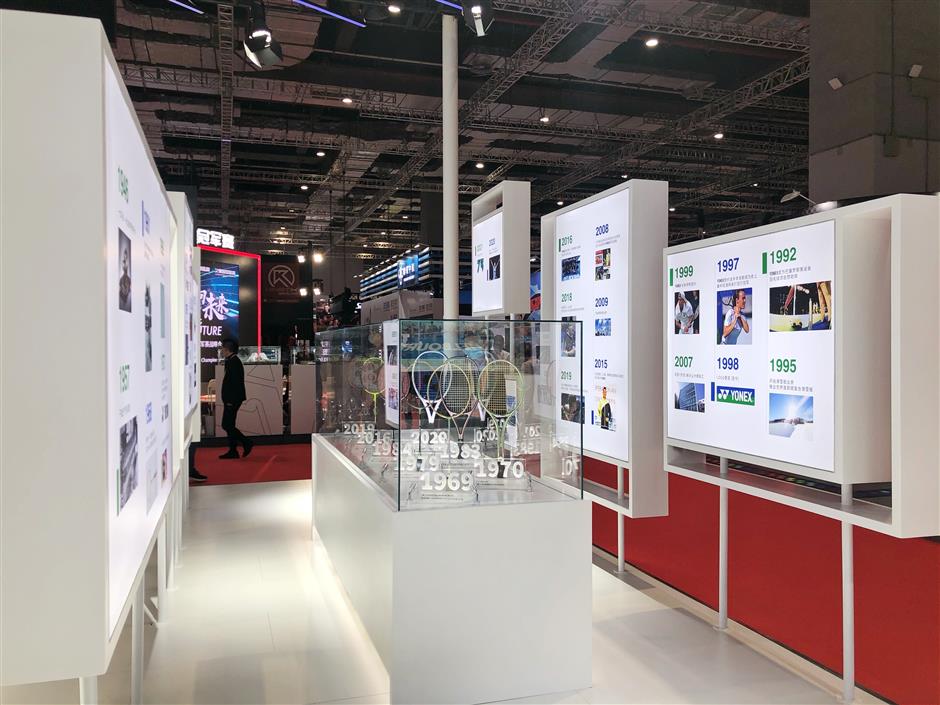 Yonex badminton rackets old and new are on display at its booth.

The National Basketball Association of the US is showcasing a basketball video game at its booth.

"Super NBA" is a 3D mobile one with players taking part in three-vs-three basketball matches. Currently it has some 25 million users.

The players can train and control NBA stars in matches and design strategies for them like a real NBA match.

A staff member at the booth said: “During the coronavirus pandemic, the game's business didn't go down and instead it increased a lot. When people stay at home, they have a strong demand for such a game. We plan to organize a competition Super NBA 3X Challenge in the game between December and January. If it succeeds, we will consider making it a relatively professional eSports match in the future.” 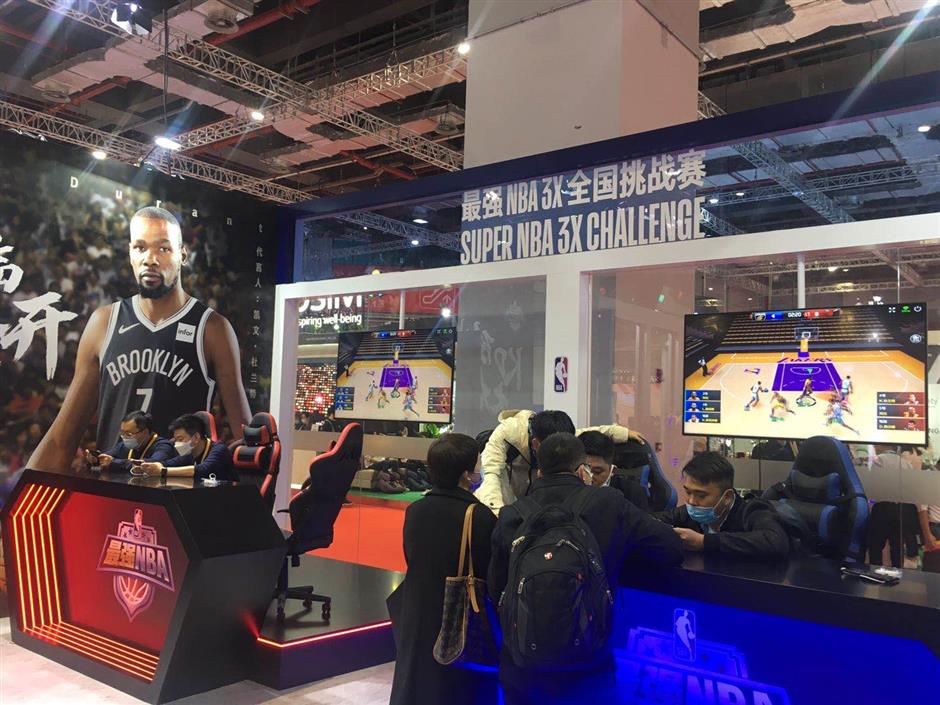 Visitors take part in an eSports match at the National Basketball Association's booth.